Researching a Book by Jodie Wolfe

I'm studying for my first college finals in almost four decades so my friend, Jodie Wolfe steps into the spotlight this month to talk about researching her new book, Protecting Annie. Here's Jodie:

Research is always a fun part about writing a historical romance. At least it is for me. :) Some books require focused investigation on one particular topic while others have you exploring a variety of trails. As I was writing Protecting Annie, I found myself having a number of things to research.

My heroine, Annie McPherson has a lot of book knowledge, but not too much common sense or experience. When she’s thrown into an unfamiliar situation, her first thought is to consult her trusty guidebook for information. As a planner, she read as much as she could before traveling from the east to Kansas. When she comes across an animal in the alley of the western town she moved to, she’s convinced it’s a wolf. 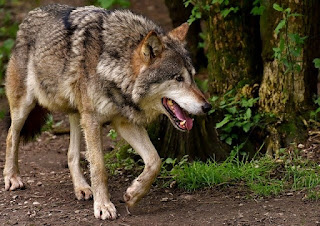 I knew this would be the opening scene for the book, so I started researching to find various dogs that happen to look like a wolf and would be feasible to have in a Midwest town. In the process, I came across the Native American Indian dog. I won’t tell you more, so I don’t ruin the opening scene for you. :)

As I continued to write the story, Annie finds and picks some beautiful plants. Again, it’s something she’s never encountered before. She starts to have a reaction to one of the plants. The hero, Joshua Walker happens upon her and tells her it’s poison hemlock. 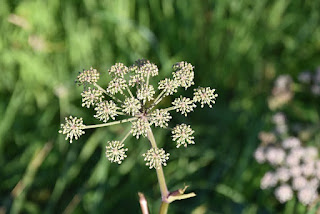 While I’m very familiar with poison ivy after having issues with it almost every summer as a child, I didn’t know much about poison hemlock and whether it is found in Kansas. Like Annie, I had to do some research. It can be found in the state where she resides, and I was able to learn that it’s highly poisonous and contact with the skin can cause nausea and blurred vision. Well, this made for a fun scene…at least to read. :) It wasn’t so much fun for Annie, I’m afraid. 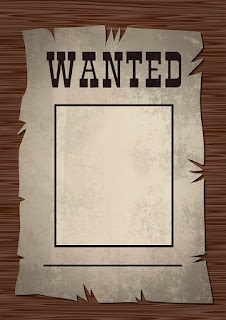 My hero is a town sheriff. I have a scenario in the book where he deals with wanted posters. So back to researching. I knew that wanted posters were around at the time period I was writing about, but I needed a scenario where my hero comes across a hand-drawn poster. Turns out, they did often have posters that were done by hand.

I love researching as I write a story. Not only do I learn things, I also am able to share some of those items with my readers. Hopefully they enjoy it as much as I do. :) 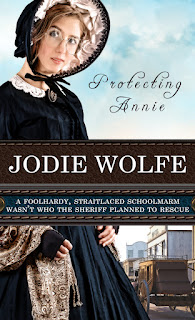 After twenty years of living along the trail as a deputy U.S. Marshal, Joshua Walker takes a job as sheriff in Burrton Springs, Kansas so he can be closer to his sister. Only problem, she no longer requires his protecting so he's unsure of his next step.

Annie McPherson needs a change after the death of her father. She accepts a position as schoolmarm, hoping her past won't catch up with her. Life is good, except for the pesky sheriff who continues to question her ability to adjust to life in the west and creates confrontations at every turn.

When the irritating schoolteacher's past and present collide, dragging him into the turmoil, Josh has to decide who he's willing to defend. 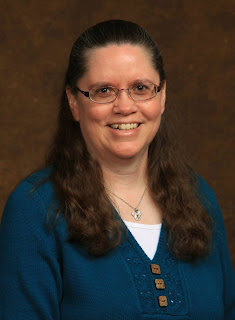 Jodie Wolfe creates novels where hope and quirky meet. She is a member of American Christian Fiction Writers (ACFW), Faith, Hope & Love Christian Writers, and COMPEL Training. She's been a semi-finalist and finalist in various writing contests. A former columnist for Home School Enrichment magazine, her articles can be found online at: Crosswalk, Christian Devotions, and Heirloom Audio. When not writing she enjoys spending time with her husband in Pennsylvania, reading, walking, and being a Grammie. Learn more at www.jodiewolfe.com.
Posted by Patty Smith Hall at 2:00 AM