From Stamp Act to Revolution 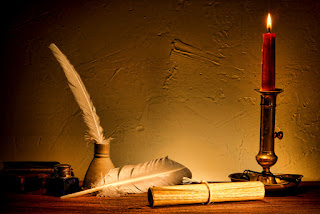 The Stamp Act of 1765 took the American colonists by complete surprise. Without any representation in English Parliament, a tax was placed on every legal document and printed piece of material, including wills, newspapers, pamphlets, even playing cards. But this now-mandatory stamp was an affront to the economically-strapped Americans who simmered with growing rage. That anger grew to a boil that, ten years later, resulted in the American Revolution.

The Colonists were not unused to levies of various sorts set by their local legislatures. But they had a voice in those decisions. This was the first time that Parliament, with no colonial representation, levied such a bill. It was feared this Stamp Act would be a precedent to other such oppressive decisions by the Crown in England. In fact, they were correct.

On the one hand, Colonists viewed themselves as Englishmen, yet believed they were being treated as foreigners with lesser rights. 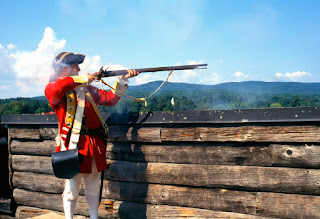 On the other hand, Parliament reasoned that the American colonies had benefitted from the protection of the British troops throughout the French and Indian War, and would continue to receive military protection from the natives on the frontier. Practically speaking, the Brits believed the colonists owed them for such service, which had greatly increased England’s debt since the beginning of that war.

The passage of this Stamp Act on March 22, 1765 prompted mob violence in the colonies, where the stamp collectors were harassed into resigning their positions. The negative response actually caused Britain to repeal the act in 1766. 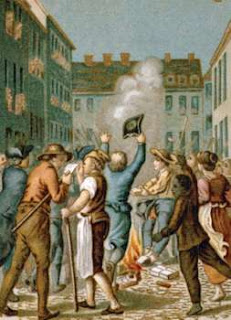 But the precedent was now set that England viewed the colonists in a dimmer light. Americans’ view of their alliance with England had taken a turn. Since they were not able to vote for members of Parliament, they rejected the government’s argument that they were represented in that legislative body.

It is believed by historians that the incredible shift in devotion to the Mother country from 1765 to 1775 was almost unimaginable. The American colonies had gone from fighting in a war with their British comrades, to taking up arms against them.

It was a metamorphosis in allegiance that had lasting consequences—both terrible and great—for the entire world.

Elaine Marie Cooper has two historical fiction books that released in 2019: War’s Respite(Prequel novella) and Love’s Kindling. Love’s Kindling is available in both e-book and paperback. They are the first two books in the Dawn of America Series set in Revolutionary War Connecticut. Cooper is the award-winning author of Fields of the Fatherless and Bethany’s Calendar. Her 2016 release (Saratoga Letters) was finalist in Historical Romance in both the Selah Awards and Next Generation Indie Book Awards. She has been published in Chicken Soup for the Soul and HomeLife magazine. She also penned the three-book historical series, Deer Run Saga. Her upcoming release, Scarred Vessels,” is about the black soldiers in the American Revolution. Look for it in October 2020. You can visit her website/ blog at www.elainemariecooper.com