Once upon a time, I was a short, scrawny junior higher named Naomi who wanted to be an archeologist . . . 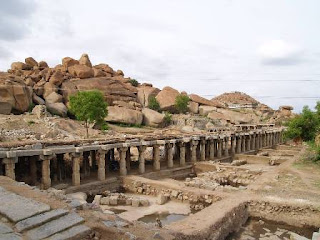 And a magazine editor who wore high heels and lived in New York city. . . 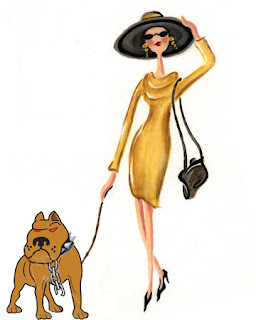 I didn’t really consider that excavating ruins in terrorist riddled countries and being a NYC editor might conflict a little when taking into account time obligations and geography. Unfortunately, when I got older and went off to college, everyone kept asking me what my major was. And wouldn’t you know it, the small college I’d decided to attend didn’t offer degrees in archeology or magazine editing.

So I settled for a degree in English education. After all, I liked to read. Regrettably, reading classics for literature classes didn’t turn out to be nearly as fun as reading romance novels. But that was okay, because by then I wasn’t going to be an archeologist and magazine editor anymore. I was going to be a serious teacher who changed the world by impacting my students lives . . . and I was sure this impact would come. Eventually. After the students from my student teaching classes tired of shooting spit wads behind my back and starting water fights.

Desiring a little break from the spit wads and water fights after I graduated, I married my college sweetheart, Mr. Tall Dark and Handsome, and had a baby. My life was suddenly perfect.

Except my husband had to go to work every day, and my baby took lots of naps. What was I to do with all that time?

Read. Not the classics from college. Oh no. The good guys almost always die at the end of those classics, and who wants to read a story about people who get killed? (Well, besides my stuffy old literature professors.) So I set off on a search for books that ended with “Happily ever after.”

Half a year later, after exhausting all my friends’ romance supplies and throwing a couple books across the room that I didn’t much care for, I looked at my old college laptop and said, “I have an English degree. Why don’t I write one of these?” 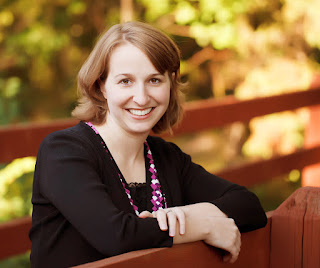 Interestingly enough, I find writing historical romances to be a lot like archeology—minus the dirt and bones and worldwide travels—because I still gets to play around with history. And I now work for that editor (book editor, not magazine editor) who lives in New York City and wears high heels.  So my crazy adolescent dreams didn’t turn out to be too far from reality.

My husband, two boys, and I live in Northern Michigan, along the shore of Lake Superior, which consequently means we get buried in 200 inches of snow every winter. We enjoy all kinds of outdoor fun, like snowshoeing and ice fishing in winter, swimming and hiking in summer. And we share our ten wooded acres with a host of woodsy creatures such as deer, wolves, coyotes, black bears, bald eagles, racoons, and fox, to name a few. In the midst of all of exploring nature's grandeur and raising two active boys, I still endeavors to write books. Life couldn't be any better. 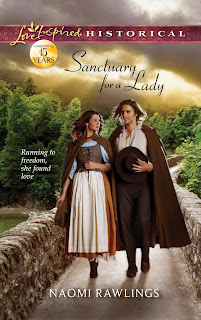 Running to freedom, she found love . . .

The injured young woman that Michel Belanger finds in the woods is certainly an aristocrat, and in the midst of France’s bloody revolution, sheltering nobility merits a trip to the guillotine. Yet despite the risk, Michel knows he must bring the wounded girl to his cottage to heal.

Attacked by soldiers and left for dead, Isabelle de La Rouchecauld has lost everything. A duke’s daughter cannot hope for mercy in France, so escaping to England is her best chance of survival. The only thing more dangerous than staying would be falling in love with this gruff yet tender man of the land. Even if she sees, for the first time, how truly noble a heart can be . . .

Sanctuary for a Lady released in April of 2012. I am currently working on two sequels to this story, which should both be available in mid to late 2014. In the meantime, I have a cowboy novel coming out in January 2014.

I'm looking forward to blogging with the Christian Fiction Historical Society and getting to know all of you better. For more information about me or my novels, visit www.NaomiRawlings.com