Plotting a Road Trip: Here's to the Beginnings! 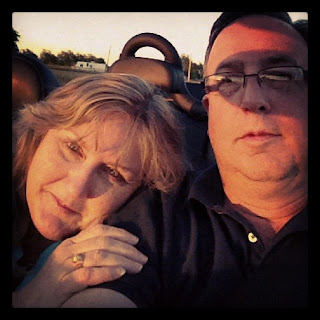 Hi! I’m Kathleen Y’Barbo and I write historical and contemporary novels. I’m also a wife, mom, and, thanks to my recent marriage to my hero in combat boots, a grandmother. But that’s not all.
I've had a love affair with long, aimless drives well before I found love with a man who shared that passion. Sliding behind the wheel, plugging in the iPod or adjusting Pandora radio, and then pointing the car toward an unknown destination has long been my idea of a grand day.
If the weather's nice, the top is down and the sunglasses are on. Always, there is the requisite Diet Dr. Pepper or iced tea (aka the house wine of the South) in the poorly designed item that passes for a cup-holder in a Mini Cooper. It's all great fun, especially when our drive takes us down odd little country roads kicking up a dust trail in our path while I plan, plot, and generally look for things that I can--and generally do--use in my novels.
Now I'm back at my desk doing another kind of wandering, this time on the page. A new book, a Southern historical romance with a dash of steampunk is brewing. This book has a tentative title, a publisher's signature on a contract, and is already a synopsis with at least one character who will see print in a previous novel before his story is told. It's all exciting stuff, this new beginning, though any writer who tells you he or she isn't at least a tiny bit terrified at not living up to any prior books...well, I digress.
So, I'm thinking about this man with whom I will be spending the next few months (yes, my husband knows all about him), and I'm filling in the gaps left by the brevity of the synopsis and the few conversations he is allowed in the previous book in the series. Instead of the requisite character worksheets or plotting exercises that some authors swear by, what comes to mind as I plan his tale is an image I saw on a dirt road last week when my husband and I were on one of our aimless rambles, and I was certainly not looking for writing inspiration.
A gloriously beautiful hawk perched on a low branch so near the road I could almost reach over and touch it. Its stare was jarring, the way it almost dared us to approach. And then, abruptly, the massive bird attempted to fly...and flopped to the ground with great indignity. My heart hurt for that hawk, so proud even as it was wounded. Nothing showed on the outside until it made a move.
From that hawk comes the germ of an idea that will fill in some of the blanks in a certain New Orleans Pinkerton agent, circa 1887. His pride, oh, I know where that comes from. But his hidden wounds? Those are part of the journey, and right now I don't know the destination.
Thus, I am on the road again...to where? In this case the destination is to THE END, even though I am still plotting the beginning. Won't you join me?
And while you're waiting to see what I do with my hawk-turned-hero, won't you consider taking a peek at the story that set this whole idea in motion? Flora's Wish, the first book in my brand new series The Secret Lives of Will Tucker (Harvest House Publishers), releases today!

Here's what Publishers Weekly said about Flora's Wish:
"Fans of post-Civil War stories set in the South will find much to enjoy in Y'Barbo's first in the Secret Lives of Will Tucker series. "Fatal Flora," called such because of the deaths of her four fiances, is eager to marry Will Tucker when she meets up with him in Eureka Springs, Arkansas. Their initial meeting results in Flora Brimm of the Natchez Brimms in handcuffs and trying to explain to her proper and formidable grandmother what's going on. Flora and Lucas seem destined to work together on the case, with Lucas vowing Tucker is guilty and Flora saying he isn't. As they get to know each other, Lucas discovers Flora is more than a spoiled Southern belle and she discovers Lucas is more than just a stubborn Pinkerton. But will Flora marry Tucker to save her inheritance? Historical romance fans will adore this charming story."
About Kathleen Y’Barbo:
Bestselling author Kathleen Y’Barbo is a multiple Carol Award and RITA nominee of forty-five novels with almost two million copies of her books in print in the US and abroad. A tenth-generation Texan and certified family law paralegal, she has been nominated for a Career Achievement Award as well a Reader’s Choice Award and several Top Picks by Romantic Times magazine. A member of American Christian Fiction Writers, Romance Writers of America, and a former member of the Texas Bar Association Paralegal Division, she is currently a proud military wife and an expatriate Texan cheering on her beloved Texas Aggies from north of the Red River. To find out more about Kathleen or connect with her through social media, check out her website at www.kathleenybarbo.com.