Will the Real Martha Rogers Stand Up

History: Facts about things that happened before my time. That’s the way I like to think of it. My favorite part of history is the research to get the facts and pertinent information correct. Actually, I'm probably the oldest in years of this group, and I don't mind telling my age. I was born in 1936, so you do the math.

Since I started telling stories before I could actually write words on paper, my mother decided I’d been vaccinated at birth with a phonograph needle and she needed to find some way to turn off record player. Did I say I like to talk?

My husband and I have been married for 54 years this fall, but we only met each other 54 years ago this month. Yeah, we spent the first year of marriage getting to know each other, and some of the things we learned were a jolt and both of us had to change or there would have been WWIII. Something must have worked.

My first novel came into being during my freshman year at Baylor when I was seventeen years old. Before that short stories were my thing, and I loved writing papers for my English classes. When marriage and children came along, writing went to the back burner until work on my MEd. began. Writing once again took hold. That novel from 1954 is still in my files and a revised version on my computer, but it will probably never see print. It’s fun to read it sometimes and see how much I’ve learned about writing.

Funny thing happened on the way to graduation from Baylor in 1957. I started out as a nursing student and stayed with that major two years, but my junior year found me back on the Baylor campus in Waco studying Home Economics. My dad almost had a stroke to think of the money he’d be spending for me to take classes in some things I’d been doing for years…like cooking and sewing. Sorry, but it was the only major that would accept all the science credits I had already accumulated and I wasn’t about to waste those…no matter how much it cost otherwise.

My husband Rex and I are unusual in that we’ve lived in the same house thirty-seven years, been members of the same church fifty-four years, worked with youth for twenty-four years, and I’ve been in our choir since the first week I joined First Baptist Church in Houston, Texas. Most of our friends we’ve know over fifty years. That doesn’t happen very often.

Since I did major in Home Economics, my posts will address cooking in history, including recipes, equipment, and terminology. We’ve come a long way in the area of our kitchens and the way we cook. For that I’m truly grateful. 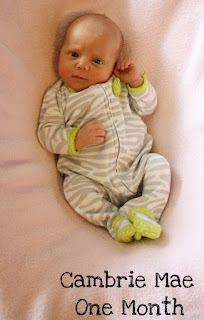 The biggest thrill in our family is the arrival of great-grandchild #3. Cambrie Mae Elizabeth Mosier came in to this world on December 16, 2012. We think she’s adorable and her brothers are mighty cute, too. 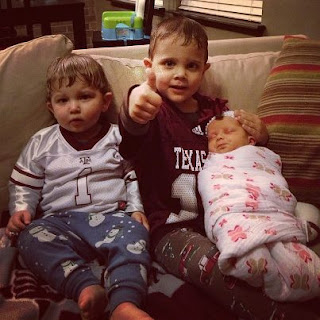 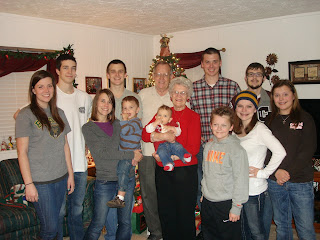 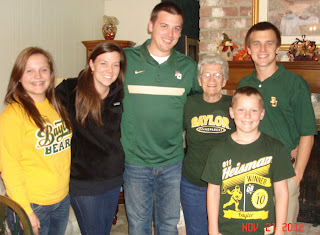 We have nine grands and three greats now and here we are at Christmas in 2011. My blood runs green and gold as I’m a Baylor fan tried and true. Took a picture with our five Baylor fan grands this past Christmas. Sic ‘em Bears!

My wonderful agent is Tamela Hancock Murray. I owe her such a debt of gratitude as she never gave up on me and after many years of submitting for me, my first contract arrived, and we were both so excited. Now ten books later with two more coming in 2013, I can't thank her enough. It couldn’t have happened without her expertise. 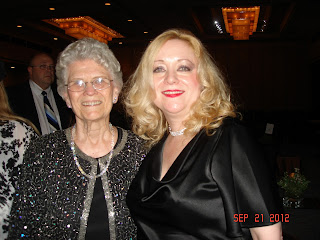 Hope you’ll find time to stop by often to see what this wonderful group of ladies have planned for you, our readers. My first give away will be a set of my Seasons of the Heart series. This series begins in Connecticut and ends up in Texas. That’s four books for your enjoyment. So stop back by on the 11th day of every month and see “What’s Cooking.”
Posted by Martha W. Rogers at 1:30 AM