How the Railroad Helped Shape Texas


Naomi Rawlings here, blogging for you today. I’m a Yankee through and through, just about as northern as a person can get. I live way up north on Lake Superior, where our winters are long and hard. For example, there’s two feet of snow sitting outside as I write this post, and between now and when this post goes live in a few days, we’re supposed to get another foot of snow.

So being the Yankee that I am, I’ve always been fascinated by life in the South. There’s just so much this northerner doesn’t understand about hot summers and dry deserts and the like. And out of all the states south of the Mason Dixon line, one state has always fascinated me more than most: 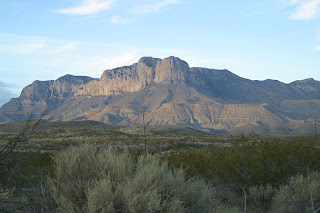 There’s something intrinsically inspiring about a state that was its own country for a while and fought its own war with Mexico before it joined the United States. So I’ll happily pick up a book set in Texas anytime. (Though I’d never have the guts to write one. Something tells me this northern girl couldn’t fake enough knowledge of Texas and cowboys to write a believable book.) 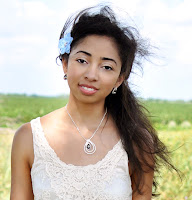 But today I’ve invited one of my friends to share some of her knowledge of Texas. Noelle Marchand not only had a series of three novels set in Texas, she’s also lived her whole life there. And she’s going to share with us a few bits about those classic, dusty western towns.

Welcome to Peppin, Texas! Deep in the heart of Texas Hill Country where wind and blue stretches high over the rolling tree covered hills sits a bustling little town where everyone is treated like family. The only entrance into Peppin is through the pages of my books (Unlawfully Wedded Bride, The Runaway Bride and A Texas-Made Match), but the essence of the town’s history and culture are very real. Many Texas towns set their foundations in the ashes of Reconstruction as war-weary families of the South endeavored to create a new life and economy. Most of them were impacted in one way, shape or form by a new addition to the Texas landscape—railroad tracks. 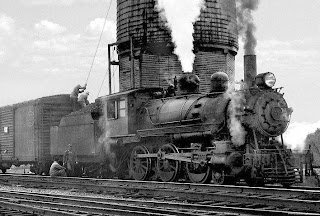 Chartered in 1871, T&P Railroad’s purpose was to build a southern transcontinental railroad to stretch between Marshall, Texas, and San Diego, California. The idea was eventually abandoned and the railroad laid its final westward track in Sierra Blanca, Texas. Some of the towns it bypassed became ghost towns that still sit abandoned to this day. However, those fortunate enough to become a stop on the new railroad flourished into towns very similar to Peppin, Texas.

I think this is so interesting, Noelle, because way up north, where I live, railroads had little to do with shaping towns. In fact, I’m working on a novel set in a real historical town along Lake Superior, and the town didn’t get a railroad until 1907. From its inception in the 1840s until 1907, Eagle Harbor Michigan was accessible only by ship, and only for eight months out of the year. Ice and storms made winter travel impossible from December through March.


Thanks for stopping by to visit, Noelle. Noelle is also a back up blogger here on Christian Fiction Historical Society, so I’m sure you’ll be seeing more of her. In honor of her visit, Noelle is giving away one copy of her newest book, A Texas-Made Match. Please leave a comment below with an email address to be entered in today’s giveaway, and don’t forget about our month-long giveaway for a Kindle Fire. Each comment you leave gives you one chance at winning the grand prize.

A Texas-Made Match: For Ellie O'Brien, finding the perfect partner is easy—as long as it's for other people. Now the townsfolk of Peppin want to return the favor. But how could Lawson Williams be the right choice? The handsome ranch foreman was her childhood friend, but he's the man Ellie deems least likely to court a tomboy with a guilty secret.

Lawson can't help enjoying the town's efforts to push him together with Ellie, though marriage isn't in his plans. Yet Ellie's become a warm, spirited woman who could chase away the clouds of his past. And with a whole town on their side, they could claim a love as big and bold as Texas itself….
Posted by Naomi Rawlings at 12:00 AM