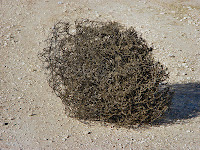 What comes to mind when you think about the Wild West during the 1800’s? Cowboys racing through town on galloping horses, shooting their guns and whooping, ready to have some fun? Men with six-shooters strapped to their hips? Tumbleweeds blowing down the deserted main street while two men face off, hands hovering over their holstered pistols? You can almost hear the music as the tension builds. Women grab their children and run for cover. Someone runs for the Sheriff. Just another day in the wild west. But, is this an accurate portrayal?

As I was doing some research, I was surprised to note that the Old West of the 1800’s had some very strict gun laws. For instance, Dodge City posted a sign for people to see as they entered town warning everyone to turn in their guns at the Sheriff’s office for the duration of their stay. This rule was strictly enforced and they could pick up their weapons on the way out of town. Every cowboy had to surrender his guns, or surrender his money for a fine.

Another town had a sign on two pine boards that stated, “All persons are hereby forbidden the carrying of firearms or other dangerous weapons within the city limits under penalty of fine and imprisonment. By Order of the Mayor.” From what I’ve read many towns appreciated the increase revenue from the fines. 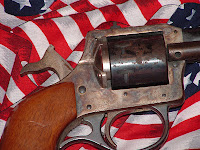 In April of 1881, Tombstone, Arizona put in an ordinance prohibiting the carrying of deadly weapons. This prompted the famed shootout involving the Earps and Doc Holliday when the Clantons and their party refused to follow the ordinance and surrender their weapons.Over the years, the event has taken on a life of its own, but the problem began with a refusal to adhere to the law.

The Wild West grew as more men brought their wives and families. Towns wanted to attract more people and men shooting off guns at all hours didn’t appeal to those who wanted to settle down and live in peace. Thus many places in the Old West began to enforce new ordinances that prohibited carrying weapons, concealed, or in the open. Men wanted their wives and children to be able to go to school, or the mercantile in safety, yet they needed guns to hunt for food, or for protection from wild animals or other critters that might harm them. 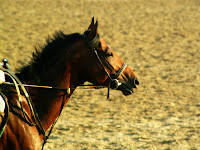 The days of riders galloping through, shooting and whooping it up on a Friday evening were coming to an end. Tense stand offs in the main street, where one man called out another for some offense, were forbidden, which gave time for the heated tempers to cool down.

An interesting note is that people were divided about the issue of gun control in the 1800’s. I imagine there were some of the same fears back then that people have today on both sides of the debate. I am fascinated to learn that people haven’t changed all that much even though our way of life is so different.

I wonder if the excitement of the Wild West, enhanced in dime store novels and shows featuring heroic people like Kit Carson, William Cody and Bill Hickok, were as unrealistic as some of the action stories and movies of today. What do you think? 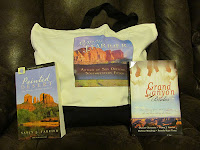 This month I am giving away a large tote bag and two books, one contemporary and one historical. Don’t forget to leave a comment to enter the giveaway and to have another chance for the end-of-the-month drawing for a Kindle.
www.nancyjfarrier.com
Posted by Nancy J Farrier at 1:00 AM