Read down to find out about today's special giveaway.

Over the years I’ve heard both sides of the argument between superstition and fact concerning the Lost Dutchman mine. Some say the legend is true, meaning there is a rich cache of gold hidden somewhere on Superstition mountain outside of Phoenix, Arizona. Other people say this is a fictional tale, that there is no secret stash of rich ore and the legend is merely something told by an old miner to brag about wealth he’d never discovered. So, let’s look at the historical bits and pieces to see if we can draw a conclusion to the question of superstition or fact.

In the 1840’s, Don Miguel Peralta discovered a rich vein of gold ore on a mountain near modern day Phoenix. He and his men wanted to take the ore back to Mexico, because the Apaches in the area were upset with the Spanish intrusion. Don Peralta knew he needed to leave, so he took great pains to hide the entrance to the mine, loaded wagons and mules with as much gold as he could and left. His party surprised a band of Apaches, who attacked. The men were killed, along with the mules, many of them running off cliffs, scattering the gold.

A few years later, Jacob Walz, or Waltz, also called The Dutchman, despite his German heritage, heard the tale of the Peralta gold. Walz searched, some say for twenty years, to try to find the lost mine. He teamed up with Jacob Weiser, and the two of them ended up finding the mine. There are varying stories on how this came about. Some say Walz and Weiser stumbled across the hidden gold by accident; other accounts say the pair saved the life of a Peralta relative, who in appreciation gave them the location of the mine. 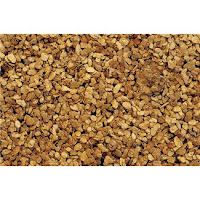 After their discovery, Walz showed up in Phoenix, generous in buying drinks for everyone with some of the richest gold ore ever seen. His partner, Weiser, disappeared shortly after the pair found the treasure. Some say Weiser was killed by Apaches, but some claim his own partner and friend, Jacob Walz, killed him. Either way, Weiser was never seen again.

Walz, The Dutchman, later returned to Phoenix in poor health. It is reported that in his last days he gave the woman who cared for him clues to the location of the mine, yet those supposed clues never led to the actual mine. When The Dutchman died in 1891, a bag of rich gold ore, 24 pounds worth, was found under his bed. The passion to find The Lost Dutchman mine, which contained valuable deposits beyond any seen before, began in earnest.

Searchers have found some of the gold, and leather, associated with the mules from the Peralta party, confirming this part of the story is true. The last reported finding happened in 1914 when C. H. Silverlocke found leather pieces and $18,000 in gold ore.

Many have dedicated their lives to searching for the lost gold. Among them is a former Arizona Attorney General. The mystique of Superstition Mountain remains since gold seekers still die, some mysteriously, while searching for The Lost Dutchman Mine.

What do you think? Is the mine still hidden somewhere on that mountain? Is this superstition? Fact? Have you heard a story about the Lost Dutchman Mine? 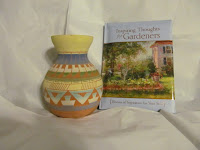 I am doing a giveaway for the month of April. Because most of my books are set in the Southwest, I'm giving away a beautiful Southwest vase. Because Spring is close and people are itching to get outside, I'm also including, Inspiring Thoughts For Gardeners, a book on gardening I wrote. Leave a comment to enter the drawing. Thank you for dropping by. 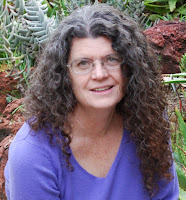 Nancy J Farrier is an award winning author who lives in Southern California in the Mojave Desert. She loves the Southwest with its interesting historical past. Nancy and her husband have five children. When Nancy isn’t writing, she loves to read, do needlecraft, play with her cats, and spend time with her family. Nancy is represented by Karen Ball of The Steve Laube Literary Agency. You can read more about Nancy and her books on her website: nancyjfarrier.com.