Wow! What a great discussion we had last month on the 9th, sharing in our love of cowboys and the appeal of the Old West. I tried to respond as much as possible, but I know I didn't get to everyone. Chalk it up to the life of an author and mom with her hands full of two kids under the age of 5. :)

So, this month, we'll be launching into a behind-the-scenes facts about the Nemours and DuPont (also written as du Pont) family in Delaware. Though their name doesn't get listed often with Rockefeller and Carnegie, their status and contribution to American industry and business is equivalent, if not above, those families.

DuPont was founded in 1802 by Eleuthère Irénée du Pont, using capital raised in France and gunpowder machinery imported from France. The company was started at the Eleutherian Mills, on the Brandywine Creek, near Wilmington, Delaware two years after he and his family left France to escape the French Revolution. It began as a manufacturer of gunpowder, as du Pont considered the industry in North America to be inferior to that of Europe. The company grew quickly, and by the mid 19th century had become the largest supplier of gunpowder to the United States military, supplying half the powder used by the Union Army during the American Civil War. The Eleutherian Mills site was declared a National Historic Landmark in 1966 and is now a museum.

These mills are referenced in books 2 (Stealing Hearts) and 3 (Antique Dreams) of my current Brandywine Brides series.

DuPont continued to expand, moving into the production of dynamite and smokeless powder. Under advisement based on the Sherman Antitrust Act, DuPont divested its monopoly on the chemical industry. DuPont retained the single base nitrocellulose powders, while Hercules held the double base powders combining nitrocellulose and nitroglycerine. DuPont subsequently developed the Improved Military Rifle (IMR) line of smokeless powders.

In 1914, Pierre S. du Pont invested in the fledgling automobile industry, buying stock of General Motors (GM). The following year he was invited to sit on GM's board of directors and eventually was appointed the company's chairman. In 1920, Pierre S. du Pont was elected president of General Motors. Under du Pont's guidance, GM became the number one automobile company in the world.

In the 1920s DuPont continued its emphasis on materials science, working on polymers in 1928. The company discovered neoprene, the first synthetic rubber; the first polyester superpolymer; and, in 1935, nylon. The discovery of Teflon followed a few years later.

DuPont ranked 15th among United States corporations in the value of wartime production contracts. As the inventor and manufacturer of nylon, DuPont helped produce the raw materials for parachutes, powder bags, and tires.

DuPont also played a major role in the Manhattan Project in 1943, designing, building and operating the Hanford plutonium-producing plant in Hanford, Washington. In 1950 DuPont also agreed to build the Savannah River Plant in South Carolina as part of the effort to create a hydrogen bomb.

After the war, DuPont continued its emphasis on new materials, developing Mylar, Dacron, Orlon, and Lycra in the 1950s, and Tyvek, Nomex, Qiana, Corfam, and Corian in the 1960s. DuPont materials were critical to the success of the Apollo Project of the United States space program. 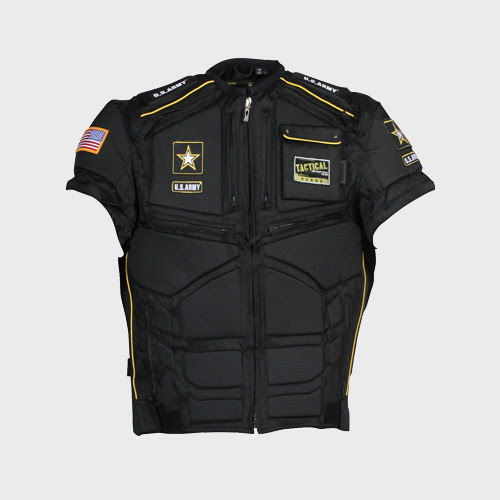 DuPont has been the key company behind the development of modern body armor. In the Second World War DuPont's ballistic nylon was used by Britain's Royal Air Force to make flak jackets. With the development of Kevlar in the 1960s, DuPont began tests to see if it could resist a lead bullet. This research led to the bullet resistant vests that are the mainstay of police and military units around the world.

So, as you can see, the DuPont family has had its hand in a significant number of American industries and has been integral in the development of major breakthroughs in industry, manufacturing, automobiles, weapons, safety gear, the space program, and so much more. And it's all owed to the man who started it all...Éleuthère Irénée du Pont de Nemours.

Éleuthère was known as Irénée du Pont, or E.I. du Pont, and he was a French American chemist and industrialist. His descendants, the Du Pont family, were one of America's richest and most prominent families in the 19th and 20th centuries.

Du Pont worked at the Arsenal in Paris where he gained his expertise in nitrate extraction and manufacturing. He also worked at a gunpowder mill in Essones and managed a saltpetre refinery. Like his father, he was initially a supporter of the French Revolution. However, he was among those who physically defended King Louis XVI and Marie Antoinette from a mob besieging the Tuileries Palace in Paris during the insurrection on August 10, 1792. After his father narrowly escaped the guillotine and the family house was sacked by a mob in 1797, the entire family left for the United States in 1799.

Du Pont sailed before his family and landed at Rhode Island on January 1, 1800, along with his father and his brother's family. By 1802, he had established both his business and his family home, Eleutherian Mills, on the Brandywine Creek in Delaware. January 1st is the anniversary of the arrival of the du Pont family in America. So, while the rest of the world is toasting in a new year, the DuPont family members are honoring their ancestor's arrival in America and the start of the DuPont dynasty.

Du Pont died on October 31, 1834, at Eleutherian Mills, near Greenville. He was buried in the Du Pont de Nemours Cemetery in Wilmington, Delaware. That cemetery still exists today as a final resting place for many of the DuPont family.

The company Éleuthère founded has become one of the largest and most successful American corporations. His sons, Alfred V. du Pont (1798–1856) and Henry du Pont (1812–1889), managed the plant after his death. A few of the DuPont "boys" are referenced in book 1 of Brandywine Brides, Bound by Grace. That eBook is available for the entire month of May for just $.99. You can read my blog post at A Fictional Life for more details.

I have had the privilege of meeting and speaking with two members of the DuPont family. One was a lawyer in the firm where my mother worked. Pierre S. DuPont IV. Doesn't the name just roll off the tongue? His son, Pierre S. DuPont V, had an office right across the hall from my mother. He served as Delaware Governor from 1977-1985 and is now the director of that same law firm, though my mother no longer works there. I was only 11 when I met them, but they made a significant impression. Most fascinating to me is the father is the great-nephew of Pierre S. DuPont, who opened up Longwood Gardens, a spectacular array of plants and flowers and landscaping that is a feast for the eyes. It's one of the premier botanic gardens in the US. It's also where I first saw an outdoor performance of Brigadoon.

So, what did you find most fascinating about this history? What would you like to know more about? Have you had any encounters with a DuPont family member or any of the products they've produced/manufactured over the years?

Tune in next month when I'll get around to that Mackinac Island history...after I finish my current book set on Mackinac Island. It's due June 1st., so back to the storyboard! :)

Posted by Tiffany Amber Stockton at 1:00 AM