HISTORY OF THE TYPEWRITER - Cynthia Hickey

Imagine writing a book without the ease of a computer. What about a typewriter. Even a typewriter would be easier and faster than writing an entire novel by hand. Right? Well, maybe. In 1829, William A. Burt received a patent for his machine called a typographer: A wooden box with a swinging lever on one end used for impressing. The typeface letters were attached on the underside of the lever. Pressing down imprinted the letter on the paper. When finished, you tore off the paper like a paper towel. Unfortunately, Burt’s invention took longer than writing by hand. He improved his invention six months later to no avail. Although his inventions did a good job of typing neat letters, he couldn’t generate enough interest to make the machine a success, and Burt died without his typographer being in demand. 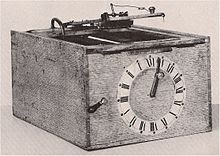 When his printers went on strike, newspaper man, Christopher Sholes, tried his own unsuccessful attempts at inventing a typesetting machine. Finally, frustrated at his failure, he enlisted the help of another printer, Samuel Soule, and invented a number machine. A third friend, Carlos Glidden, amazed at this invention, suggested a version to type letters. In June of 1968 they received their patent and created a machine that broke more often than it worked. A fourth man, James Densmore, entered the mix and bought out Soule and Glidden. He furnished the funds to make thirty machines, each one better than the one before. In 1871, they felt they were ready to begin manufacturing. In 1873, the men offered their machine to the gun manufacturer, Remington and Sons. They were offered either a lump sum or royalties. Sholes took the cash and received twelve thousand dollars. Densmore chose the royalty and received a million and a half. 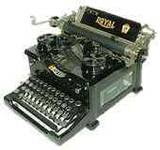 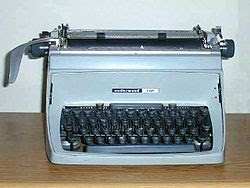 In my second Harvey Girl novel, releasing spring of 2014, my main character is all about modern things. Hair, clothes, speech. I can’t help but wonder how this feisty gal would have handled something as amazing as a typewriter. I wrote my first story on this typewriter of my mother’s. Last year for Christmas, my son found one at a garage sale and bought it for me. While I don’t type my stories on it, preferring the ease of a laptop, we leave each other messages. I love the clackety-clack of it’s keys.

What did you type your first story on or did you choose to write it by hand? Leave a comment for a chance to win a $10 gift card to Amazon. And stop by my newly designed website to say howdy! www.cynthiahickey.com 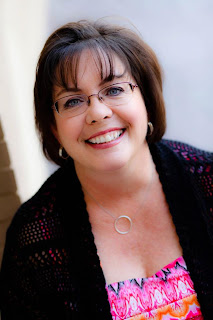