Patty Smith Hall here and today, I’m going to share some things I discovered in my research for my February, 2014 Love Inspired Historical, Hearts Rekindled. Most times, when I dig into a subject, I discover aspects of history I never knew existed, those little tidbits that make the background behind a particularly moment spark with interest. When part of the plot demanded that my hero and heroine volunteer to care for a group of physically and mentally disabled kids I drove into finding all the information I could on the treatment of these special needs children. What I discovered broke my heart. 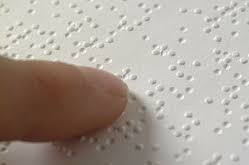 But I’m getting a head of myself. Let’s start a bit earlier, say the 1850s. The later part of the part of the 18th and the early 19th centuries brought about radical change in the care of mentally and physically challenged people. After centuries of being chained to the walls in hospital basements, of being used by society as a cruel means of entertainment or housed in ‘idiot cages,‘ new modes of treatment were being developed for those who lived with Down’s Syndrome, blindness, epilepsy  and mental retardation. The use of chains gave way to a campaign for sunny rooms and proper exercise and diet. Louis Braille developed a system of embossed letters to help the blind communicate. Schools for the handicapped were formed. Things were looking up for these people and their families.

Then in 1871, this progression came to a standstill with the publication of Charles Darwin’s The Descent of Man. In it, Darwin uses those with intellectual disabilities as intermediate stepping stones on the evolutionary path, a waste by-product of natural selection, the lowest and most unfit of the species. His objective in all this was to raise animals value in the publics’s eye while lowering their regard for their own species so he could prove his evolutionary theories. 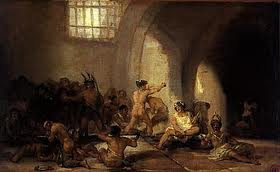 What fear the mainstream public held about people with mental and physical disabilities exploded. In the early 1900s, the United States prohibited the immigration of individuals who displayed a mental or physical handicap. Children with epilepsy, cerebral palsy, Down’s syndrome and muscular dystrophy were automatically institutionalized if the parents could afford it, and if not, these children were abandoned on the streets to fend for themselves. The Ugly laws were enforced, allowing the police to arrest and jail anyone with apparent disabilities for no other reason than being disfigured or demonstrating a problem. In the 1930s, the United States, along with Britain and Germany, sterilize thousands with mental disorders or epilepsy--In fact, seventeen states make laws denying epileptics the right to marry. And between 1939 to 1941, 70,000 mentally and physically handicapped adults and children are murdered in Hitler’s gas chambers.

Chilling to think the United States was keeping up with the Nazis in their treatment of this fragile population until the war started in Europe, isn’t it? The improvement of services for these people and their families was one of the many social changes World War II sparked in the United States in the years after the fighting stopped.

Until next time, God's blessings upon you! 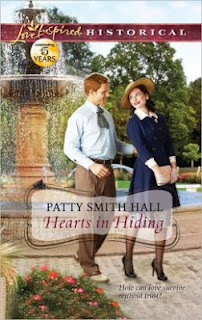 Patty Smith Hall has been making up stories to keep herself occupied since her parents forced her on boring Sunday drives into the Georgia countryside when she was too young to stay home by herself. Now she's happy to share her wild imagination and love of history with others, including her husband of 29 years, Danny, two smart and gorgeous daughters, and a yorkie that she spoils like a grand baby. She resides in North Georgia. Hearts in Hiding is her July 2012 release.