The Indians have long been maligned as the “bad guys” in many western movies and stories. Yes, they did savage things to the settlers and explorers back in history, but did they have a cause. Imagine a foreign group of people landing on our shores and setting up homes and farms on the land where we hunt for our livelihood. Not something any of us would want.

Despite the harsh treatment on both sides, the Indians have given us a great culture. We learned that my husband’s grandmother was a Cherokee married right off the reservation by his grandfather. She was given an American name and moved to Arkansas with her husband. That started me thinking about the Indians and how they lived and what their lives were like both before and after the “white man” or “pale faces” came to live on the land of all the various tribes that inhabited our continent. 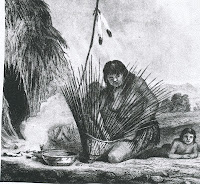 The Indians roamed the plains, lived in the mountains and cliffs, plowed the ground on the East coast to grow crops, and lived around the Great Lakes. They lived all across this land we now call America. Their way of life was simple according to the part of the country where they lived.

Their cultures were as diverse as those of modern day America. The seed gathering tribes lived in the Great Basin area of Colorado, Nevada, and lower Wyoming. 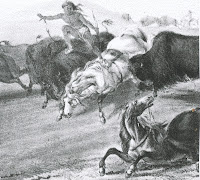 The hunter tribes lived on the plains to hunt buffalo. After the Spanish brought horses, the tribes used them to make hunting faster and easier.

Tribes around the Great Lakes harvested rice, a staple of their diet while the tribes of the Great Northwest were experts at catching all types of fish.

In New England the tribes collected sap from the maple trees and made syrup. They also planted crops of corn, beans, and squash in the East and Southeast. 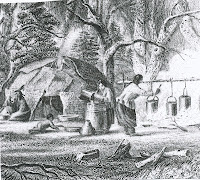 Tribal names varied from section to section of our country. Those most recognizable are Cherokee, Shawnee, Chickasaw, Caddo, Cheyenne, Mohican, Navajo, Pueblo, Apache, Comanche, Sioux, Arapaho, and Oto, but we can find many more names in tribes spread across the country.

To write about each individual group would take a great deal more space than we have here, but suffice it to say that they lived here and used the land for its resources long before the White Man stepped foot on the soil of what is now North America. In fact they can  be divided into nine groups according to the way they lived.

On the coast of New England the Indians introduced the colonists to corn, squash, beans, various berries, wild turkey, pumpkin, and many nuts and roots not seen in Europe. Although the Pilgrims was looked down upon pumpkin as food only for peasants, they soon got over that prejudice when faced with starvation.

Cornbread, pumpkin puddings, Johnny-cakes, stuffed squash, green-corn pudding, and succotash became staples of the colonists diet as they adapted the Indian crops to their own tastes.

So when you sit down to a Thanksgiving dinner of Turkey, wild rice, roasted or boiled potatoes, corn, squash, cranberry sauce and pumpkin pie, thank our Indian friends who introduced those foods to the colonies in the late 17th Century. 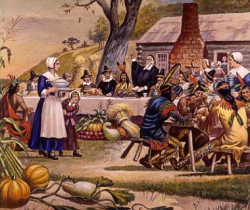 Martha is the author of two complete series set in Oklahoma and Texas. Her newest series begins with a fictionalized account of her great-grandparent's love story. Love Stays True was released in May, 2013.

Visit her on her website: http://www.marthawrogers.com
Posted by Martha W. Rogers at 1:00 AM