I live about 23 miles from Palatka, FL. in a small country town. I would drive to and from this town on many occasions, primarily because of the shopping available there that isn’t available in my town. Oddly enough I never gave Palatka much thought with regard to its history until I decided to set a story there. Here are some unique tidbits about the rich history of Palatka:
•At one time Palatka was larger than Jacksonville, FL.
•Founded in 1821 with a Spanish Treaty to James Marver and two companions, Hine & Woodruff. (I’m assuming these are last names but you can’t be too sure.)
•A cypress lumberyard was the second largest sawmill producer
•Major hub for supplies going in and out of Florida.
•Known as an area for healing for northerners to come in winter months.
•Had a major fire burn through a lot of the downtown area in 1884.

What made Palatka unique was the St. John’s River which runs from Jacksonville all the way down to the St. John’s Marsh west of Melbourne & Palm Bay, FL. The entire length of the river is 310 miles. At Palatka the deep water ends, and south of Palatka the steamboats could travel, although the large shipping schooners could not. This set Palatka apart as the perfect port for all commerce on the River. In 1880 people could travel from South Carolina or Savannah, GA to Palatka with a round trip ticket for $20. Others traveled from as far away as Boston and New York for their winter vacations. The northern schooners would bring Ice down to Palatka where it would be stored in one of the icehouses for use by the residents. In earlier days, similar to the early railroad days out west, travelers on the steamboats would shoot at the wildlife on shore. This soon became a problem when some passengers on other boats were accidentally shot. The practice was banned.
The railroad came through during the later part of the 19th century, forever changing the shipping industry. Other industries in Palatka were cattle, lumber, ship building, turpentine making, orange groves and tourism. 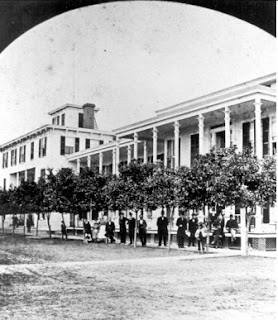 <--The Putnam House and other hotels provided the travelers with beds. However, in several of the publications I’ve read about the area you find complaints that there were not enough rooms. The streets were wide, and orange and lemon trees lined the major roadways. 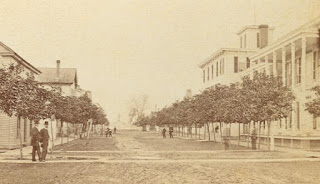 Below are some pictures from various historical books of Palatka during the 19th Century. 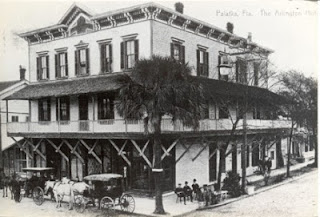 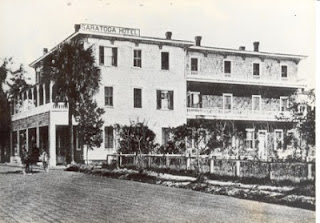 Schooners at Palatka both of these are ships from New England 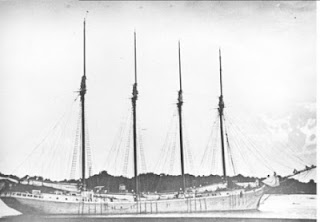 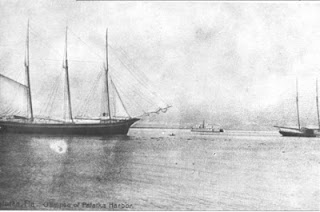 As a comparison of further down the St. John's you see the steamboat and how much narrower the river is. 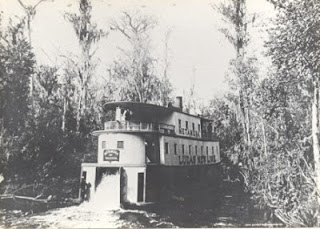 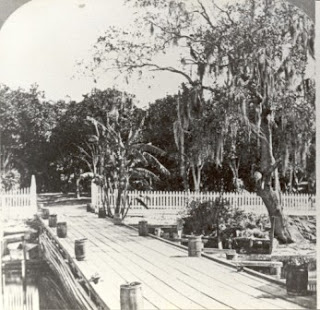 Colonel Hart's Garden's Entrance: Showing the length of the dock as well as the palm trees and spanish moss hanging from the trees.

My give away for this month will be a copy of Key West as well as entering your name for a drawing in the fall for my next book, Courting Holly. Enter by leaving a comment and your email address for notification.