Medicine, Madness, and the Monaural Stethoscope by J.Kent

I love researching my Regency era novels. For those of you who haven't ventured into research be warned: it's addictive, even if you're not a writer researching a story, maybe you just want to explore the past. Of course you have to love history or it might not have the same effect on you.:) I'm a counselor and have worked in the mental health field for years so it shouldn't surprise anyone that I'm fascinated by books like: Undertaker of the Mind: John Monro and Mad-Doctoring in Eighteenth-Century England (Medicine and Society) by Jonathan Andrews and Andrew Scull and Customers and Patrons of the Mad-Trade: The Management of Lunacy in Eighteenth-Century London, With the Complete Text of John Monro's 1766 Case Book by Jonathan Andrews and Andrew Scull.

I always felt sorry for King George III. Can you imagine losing your mind and your job, let alone the ability to reign as king because of a medical disease that no one even knew existed? The experts believe it was Porphyria 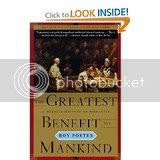 While researching information about the origins of the stethoscope I discovered via Porter's book and the internet that the stethoscope was invented in 1816 by Rene Laennec.

Dr. Laennec had been trying to listen to the heart of an obese woman and because it was necessary for him to put his ear to her bare chest he didn't want to be inappropriate, so he rolled up a newspaper and listened to her heart that way and voila it worked well. He could hear the sounds of the heart more clearly and the history of medicine took a new direction: the development of the stethoscope.

I've read that it was Charles Thomas Haden who brought the stethoscope to England. He became a friend of Jane Austen when he attended her father. 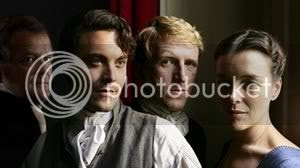 The movie Miss Austen Regrets depicts a jealous Jane Austen silently fuming over the attentions paid by a young doctor to her 22-year-old niece, Fanny Knight. The doctor, Charles Thomas Haden, is portrayed by Jack Huston, with Olivia Williams as Jane and Imogen Poots as Fanny. More information here.


Giveaway Question: Want to share some research you've discovered related to medicine? Or ask what historical medicine question you've always wondered about? I'll put your name in a drawing for my third book, Mystery of the Heart, which can be read as a stand alone novel. Just leave a comment related to these questions no later than midnight Pacific Time July 30th. I'll post the winner in the comments section and in the sidebar on August 1st. 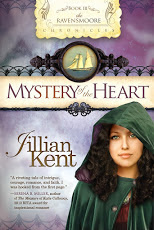 
https://www.facebook.com/JillianKent
I write articles and coordinate the team of writers for The Well Writer at -
http://www.christianfictiononlinemagazine.com/
Posted by Jillian Kent at 12:00 AM