The Night I Slept in a Ghost Town

This post is brought to you by Janalyn Voigt. Escape into  Creative Worlds.

I peered out the tall window and across the wide, deserted street to a collection of dilapidated buildings, including one just large enough for a door and window that boldly displayed a weathered sign: Shaniko Bank. Shadows lengthened toward dusk and the horizon bloomed with the colors of sunset, but heat blasted me without mercy and the air did not stir.

My fantasy of sleeping in a ghost town somehow hadn’t included being baked alive in a hotel room without air conditioning. Ah, the joys of reality!

I’d first discovered Shaniko while on something of a zany ghost-town-hunting vacation in the high desert of eastern Oregon. My family had spent countless hours navigating winding roads through barren hillsides, peering in the windows of locked buildings, worrying about stepping on rattlesnakes, looking for gold near an old mine, and driving onto private property (with the puzzled farmer’s permission) in search of what turned out to be a couple of swaybacked buildings too dangerous to enter. Ghost town hunting has its share of pathos but it also can reward the diligent with unexpected moments where history comes alive.

This was one of those. Daydreaming caught me up. Who else might have looked from this very window, watching the sun go down in a similar heat wave? What stories did the empty rooms tell? No concierge had greeted us when we arrived, and no one was on duty now. Check-in had been through the hotel’s restaurant, which was now closed. From the silence, we were the only guests.

Shaniko’s bent toward tourism had come as a surprise on that earlier trip. We’d stopped to eat and learn a little about the town. Shaniko, built on sheep farming, was once the wool capital of the western United States. An interesting fact about the town is that spring water pumped from the Cross Hollows canyon to the south was kept in two wooden tubs in the water tower and distributed to the town through pipes.

Although I prefer ghost towns in an arrested decay state of preservation, when I discovered you could actually spend the night in the hotel, the idea took hold of me. I promised myself I’d come back someday, and now, years later, I'd returned.

I reflected on the intervening years. So much had changed in my life since my younger self had entered this hotel. What had happened to the ghost towns we'd visited on that earlier vacation? Was the leaning stamp mill in Susanville still standing or had time erased that remnant of the past? Had the farmer’s canting buildings finally collapsed?

An awareness of the fleeting nature of time ached through me. Perhaps this was why I’d come back to Shaniko, to reconnect with my own yesterdays in this place of history. 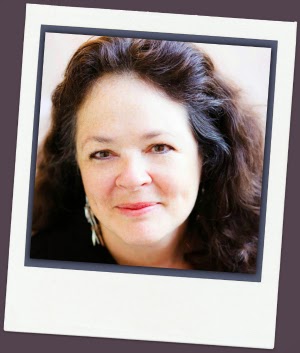 For more of Janalyn's ghost town stories, visit Historical Worlds.
Note: Shaniko Hotel is currently closed and not available to the public.
Posted by Janalyn Voigt, escape into creative worlds of fiction. at 1:00 AM