Friday the 13th, a Curse or a Blessing? 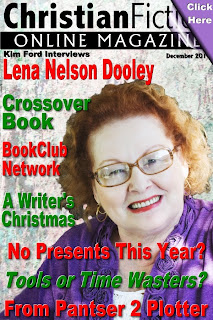 I choose to look at Friday the 13th differently from most people. It is the day of my blessing. The day God chose for me to be born. Over the years I've had wonderful things happen to me when my birthday lands on Friday.

Friday the 13th has been considered unlucky since the early 1800s. Some of the reasons have their roots in Christian lore:

There were thirteen participants at the Last Supper. Tradition states that Judas Iscariot , the disciple who betrayed Jesus, was the 13th to sit at the table.

Thirteen was once associated with the Epiphany by Christians, as it is said the child Jesus received the Magi on his thirteenth day of life.

There are 13 Apostles in Christianity; the 12 Disciples plus St Paul, formerly Saul of Tarsus. In addition to being the 13th Apostle, he is also known as "The Apostle" by the Church Fathers.

Now I don't know about you, but I find nothing in any of this information to put a stigma on the day.

The number 13 has important meanings in many ways not only in our country's history, but also in other events in history:

The number of colonies that formed the United States. The original flag had thirteen stars, one for each state. New stars have since been added whenever a new state joins the union, but the idea of adding stripes for new states was soon dropped, so the American flag to this day has thirteen horizontal stripes: six white ones and seven red ones.

In the Great Seal of the United States there are 13 olive leaves (with 13 olives), 13 arrows, and 13 stars. These form a triangle over the eagle with the number 13 on each point. On the reverse the pyramid has 13 levels.

The number of guns in a gun salute to U.S. Army, Air Force and Marine Corps Major Generals, and Navy and Coast Guard Rear Admirals Upper Half.

The original number of members of The Thirteen Club.

The number of loaves in a "baker's dozen"

There are traditionally thirteen steps leading up to a gallows. It is, however, an urban myth that there are thirteen turns in a hangman's noose (there are most commonly eight turns.)

Rondeau is a poem with 13 lines in some variants.

Julius Caesar crossed the Rubicon with the 13th Legion, marking the beginning of Caesar's civil war and the eventual death of the Roman Republic.

In some countries, the number 13 is considered unlucky and building owners will sometimes purposefully omit a floor so numbered.

Trece is the Spanish word for thirteen; the number 13 is used to identify members of 13th Sureños - chicano gang members in the U.S. that identify themselves with la Eme - the Mexican Mafia.

In the mythology of the television program, Battlestar Galactica, Earth is the 13th colony, lost after humanity left their planet of origin, Kobol, and created the Twelve Colonies

In Thailand, the traditional Thai New Year (Songkran Day) is on April 13.

13 steps is a paragraph of the Final Document (agreed by consensus) of the 2000 Review Conference of the Nuclear Non-Proliferation Treaty.

In the television series House, Dr. Remy Hadley (Olivia Wilde) is nicknamed Thirteen, the number she was assigned in competition to fill the three vacancies in the title character's diagnostic team in Season 4.

I, for one, refuse to let the Enemy of our Souls to steal the wonderful number 13 and the day Friday the 13th from us. I do not consider it a curse or bad luck. It will from now on be a blessing.

However, if you're writing a historical set in the 1800s, especially in the old west, many people were superstitious, and would have expected bad luck on Friday the 13th.

So look around you today and discover all the wonderful blessings God has in store for you today.

Right now, I'm the screenwriter for a Christian movie that will release next year, but I'd love for you to check out my books.

Have any of you had something special happen for you on a Friday the 13th? If so, please share with us in the comments.
Posted by Lena Nelson Dooley at 1:00 AM