A Coastal town, a cowboy poet, an autograph library, and a giveaway!


Christmas Cove, Maine, is known for its name, of course, and it’s scenic location on the rugged Maine coast. But its history also includes a very special library. 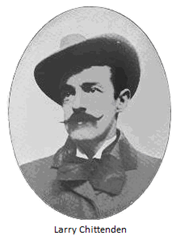 This famous institution was started by writer William Lawrence “Larry” Chittenden, who was also known as “The Poet-Ranchman.” He lived from 1862 to 1934 and published a great many poems. The most famous is probably “The Cowboys’ Christmas Ball,” first published in 1890.


But what does a cowboy have to do with Christmas Cove, Maine? Chittenden is one of many writers who had summer homes along the Maine coast or on the shores of its pristine lakes. They could get away from the heat of the south—in Chittenden’s case, the Anson, Texas heat—by spending summers in New England. His house on the shore at Christmas Cove was called “The Sea Birds’ Nest.” This view of Christmas Cove is from a 1906 postcard. 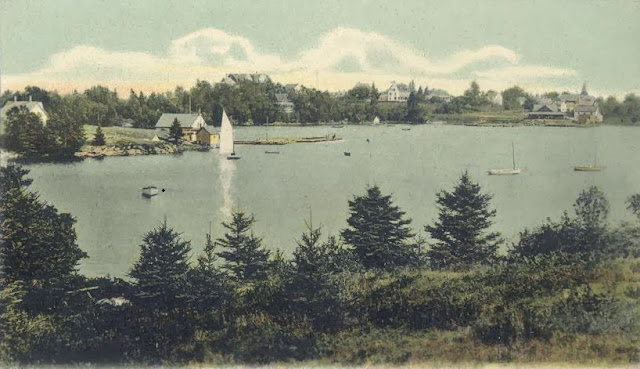 Like all writers, Chittenden was a lover of books and libraries. He made collecting autographed books his hobby, and his library grew. He allowed the people of Christmas Cove and the nearby town of South Bristol to borrow these books for free, and it was considered a public library. Larry Chittenden was a trusting man! But then, I think people were more conscientious about taking care of other people’s property back then.


In 1918, the Maine Library Bulletin reported that the library at the Sea Birds’ Nest contained more than 2,000 volumes, each one autographed by the author/donor. Some of the better known authors who contributed books were Theodore Roosevelt, Woodrow Wilson, Cleveland Moffett, and Lyman Abbott. 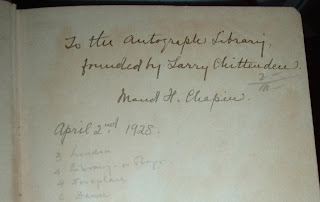 Yikes! Can you imagine going to your public library today and checking out a book written and autographed by a former president? Many of the authors’ names are not familiar to us now, but a hundred years ago some were very popular, and the people of the Maine coast were eager to get their hands on Larry Chittenden’s reading material.


Lyman Abbott, one of the authors, was an influential minister, author, lecturer, and editor. He wrote many books on theology and religion, philosophy, and a few biographies, including one of Henry Ward Beecher. Cleveland Moffett was a journalist, author, and playwright. He wrote mysteries and adventure tales, both as short stories and novels. I think I’d like to read his True Detective Stories, or his novel, Through the Wall.


Unfortunately, Larry Chittenden’s autograph library no longer exists. The people of Christmas Cove lost a treasure when the Poet-Ranchman died. Books from his library, with the authors’ signatures and bookplates or stamps for the Christmas Cove library show up occasionally at auction. 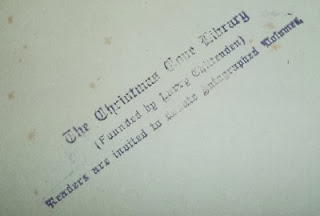 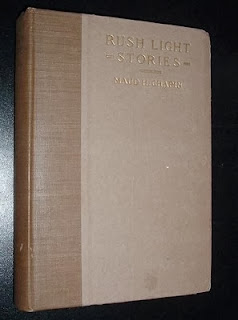 Book lover and blogger Chuck Whiting was lucky enough to find one of the books for sale recently—Rush Light Stories, by Maud H. Chapin. With his permission, I bring you his photos of the book and library inscriptions. Here’s a link to Chuck’s blog post on his blog, bibliophemera: http://bibliophemera.blogspot.com/2008/12/christmas-cove-autograph-library.html 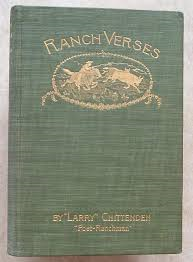 One of Theodore Roosevelt’s lesser-known volumes, Fear God and Take Your Own Part was auctioned not so long ago at Heritage Auction Galleries in Texas and brought $1,434. That book bore a pictorial bookplate featuring photos of Christmas Cove and bore the inscription “The Christmas Cove Library (Founded by Larry Chittenden)."
Roosevelt signed the bookplate and dated it Sept. 10, 1918.


Whether your interest lies in Maine, Texas, or somewhere in between, you might want to keep an eye out for an old Christmas Cove library book—or one of Larry Chittenden’s books of poetry, such as Ranch Verses.


This week, in Larry Chittenden’s honor, I’m giving away a Maine book and a Texas book. Two winners will be drawn and given a choice of my Maine Brides collection or Texas Trails novel Cowgirl Trail. 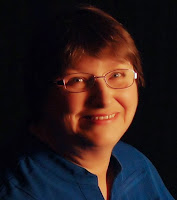