Toy Story of Christmases Past, Present, and Future

Christmas is about giving and receiving. When we give with a cheerful heart, we teach children the joy of not only receiving, but of giving. Eventually, they experience that joy for themselves when they give to others. 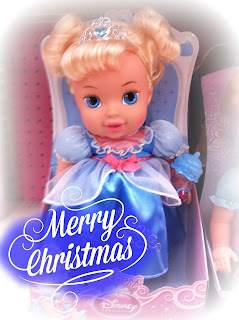 Many children in this day and age receive so many gifts on Christmas morning that they hardly know if they’re coming or going. There’s nothing wrong with that when families can afford it. I’ve done my share of spoiling my children. And, it’s a given that I’ll do the same (or more!) with my grandkids some day.

So, having said all that, let’s review a bit about toys in 2013. It seems that girls still like dolls, dolls, dolls of any kind. The flashier, the better. Pink, purple, turquoise, with glitter, glitz and glamour. Doll houses, makeup centers that talk, and stuffed animals (Elmo is still popular) make little princesses squeal with glee.

Boys still go for anything with wings or wheels, the fancier, flashier, and faster, the better. Hmmm, sounds a lot like their grown-up counterparts. Nerf guns and Nerf bows and arrows are fun, easy on the windows options for boys, too.

Both boys and girls are getting electronic and battery-operated gadgets at younger and younger ages. This Christmas, two and three-year-olds will be unwrapping Ipads, Kindles, (or as my 3 yo nephew calls it, his Candle), gaming systems, and cell phones with data plans. Really?

I wonder what kids today would think of some of the gifts children received on Christmas morning 150, or even 50, years ago...

After a period when celebrating Christmas (in any capacity outside of the church) was banned in some parts of the world during the 1600-1700s, various events in the early 1800s led to a resurgence of the joy of giving and receiving gifts at Christmas. Charles Dicken’s A Christmas Carol, and Queen ’s delight in having a Christmas tree, decorated with exquisite ornaments, with gifts for the family brought awareness and excitement in , prompting shouts of “Merry Christmas” to resound along cobbled lanes throughout the land.

Much to the delight of children everywhere in North America, Short stories and poems by the likes of Washington Irving (The Sketch Book of Geoffrey Crayon; Old Christmas) and Clement Clarke Moore (A Visit From St. Nicholas (aka Twas the Night Before Christmas) revived the spirit of Christmas in America even before the resurgence over the pond.

Around 1850 toys and games made specifically for children became readily available for those who could afford them. Those who could not buy toys, and there were many, many families who could not, made do with what they had.

Papas secreted themselves in the barn or workshop for weeks and made doll beds, sleds, skates, wagons; carved horses, cows, and other farm animals. (My hand carved toy airplane is a little too modern for what fathers would have carved in the 1800s, but it's mine and quite adorable. This was one piece my children <i>never</i> played with.) Mothers made rag dolls and accessories: clothes, hats, bags, miniature blankets out of scraps of cloth for their little darlings to play with.

My debut novel, StealingJake (Tyndale House, 2011) takes place at Christmas. The heroine has no money, but there's a whole passel of youngsters at the orphanage she helps run. She desperately wants the children to each have some small gift of their own for Christmas. The hero shows her how to make cornhusk dolls for the girls, and he carves farm animals for the boys.

When I was a child, Christmas morning didn’t find the living room floor awash in discarded wrapping paper so deep that it was almost impossible to find the presents. We usually had one or two toys to play with. I received a doll and a high chair when I was about five. That year, my brothers and my father pooled their Christmas money and bough an electric racetrack. I didn’t care one whit about a racetrack. I wanted a doll.

We also received one gift each from our grandparents. I’m not sure how old I was (maybe 7-8, but not much older) when my grandmother, a very practical woman, gave me a candy dish for Christmas. I was so disappointed since I was still in the doll stage, but I didn’t let on to Mamaw how devastated I was to receive a candy dish. Mama assured me that in time I would appreciate the gift. As always, she was right. I do appreciate it. See how lovely it is?

It makes me wonder what the future holds for children’s toys. More extravagant, bigger, better electronic and battery-operated devices? Or a soft, cuddly baby doll? A toy train with a pull rope? Or a candy dish filled with fruit and nuts? Depending on where a child lives in this world, I’d say there’s room for all of the above, and it is my hope and prayer that children are safe, warm, and loved wherever they are.

Do you remember receiving a gift as a child that wasn’t quite what you expected? Are you willing to share how you reacted? If the gift was something like my candy dish, do you still have it? And if not, do you wish you did? 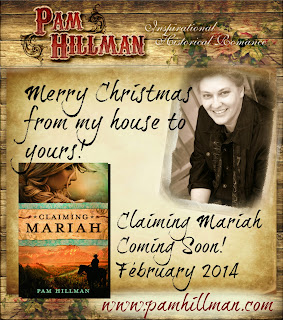