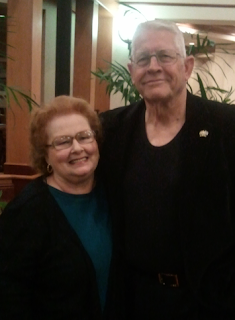 Before the railroads came, travel was long and hard. The majority of people in the US lived in one place all their lives, only traveling a few miles in any direction.

In the plains, building railroads was a fairly simple endeavor, but crossing the mighty mountain ranges was complicated and dangerous.


Lives were lost. Fortunes were made by the railroads.


The major lines during the last half of the 19th century were: Atchison, Topeka and Santa Fe; Great Northern; Northern Pacific; Southern Pacific; Union Pacific.


I'm always fascinated by the women affected by anything historical I study, and I've compiled a few from The Railroaders, from The Old West series by Time Life Books.


Farm buff Jim Hill sent a train of agronomists on tour to teach farming. In St. Paul, he left waitress Mary Mehegan a large tip. She used it to enter a Milwaukee school in 1863. Four years later, she graduated and returned to St. Paul. There she married Jim Hill and "lived happily ever after." (I do love a good romance.) 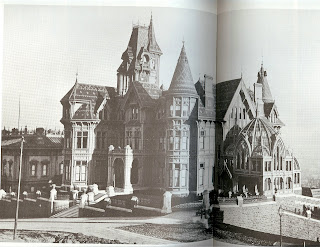 Railroad magnate Mark Hopkins' imposing mansion on Nob Hill in San Francisco was completed after he died in 1878. The house was Mrs. Hopkins' pet project but he dismissed it as the "Hotel de Hopkins."

Dumpy and devout, Mrs. Leland Sanford (Jane) looked like Queen Victoria, and sometimes behaved like her. Widowed in 1893, she used her husband's millions to support Stanford University, which he founded.

Mrs. Collis Huntington (Arabella) pursuaded her frugal husband to build palatial houses and buy costly art works. Thirteen years after his death, she married his nephew, one of the other heirs to the Huntington fortune. (By the way, I love the name Arabella. It was my mother's middle name.)


Sometimes the trains were used to carry large parties on outings. But the greatest thing the railroads did was open up the country for more commerce. Not until the trains came, were those in the middle part of the old west able to get lemons, with which they quenched their thirst. Lemonade became an important part of most community socials and even in many homes. And the beef grown on the ranches in Texas could be slaughtered in Chicago and served in restaurants in New York City and Boston.

So many new opportunities were provided by rail travel, and although other forms of transport have come and gone in our country, railroads are still a valuable part of our economy.

Lots of info surrounding the railroads have produced fodder for my novels.

The Old West series is out of print, but you can get used copies of at www.amazon.com . I've ordered only the books I'm interested in. They have enriched my research.

I'm having a special giveaway today. I start reading Christmas books near the beginning of October every year. There are so many good Christmas stories that are published every year. So one person who leaves a comment will win a Nook or Kindle copy of The Best Medicine, one of my Christmas novellas that is also about the railroad from Denver to Summit County, Colorado in 1913. Please leave a way for me to contact you in the comment.

Have you ever traveled by train? Where did you go? Let us know in the comments.
Posted by Lena Nelson Dooley at 1:00 AM