My Hidden Writing Office (And What Inspired It)

In Medieval times, secret passages served as hidden supply routes for use during sieges, gave access to underground water supplies, or enabled hasty escapes in a crisis. Of course a secret passage might prove a weakness, as when in 1330 an armed group of attackers entered Nottingham castle through a secret tunnel to arrest Roger Mortimer, 1st Earl of March, and free his captive, King Edward III.

I confess to a childish love of secret passages and hidden chambers. I included tunnels beneath the high hold of Faeraven in DawnSinger and Wayfarer, the first two books of my Tales of Faeraven medieval fantasy trilogy. 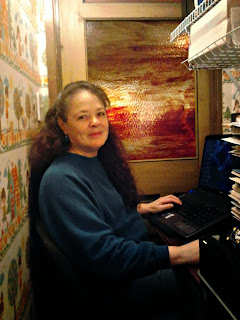 My Hidden Writing Office in a Closet

But writing about such things wasn’t enough for me, apparently. I also moved my office into a three-by-seven closet under the stairs in my home. If that sounds claustrophic, let me assure you, it’s not. My closet office must have been used as a children’s playroom by a previous owner because the walls are wallpapered in vintage scenes of children playing, and there’s a door with a colored-glass window beside my chair. There’s also a huge keyhole beneath the antique doorknob and gaps at the top and bottom of the door that ensure adequate ventilation.

When I posted about my office-in-a closet hits to my website spiked, and it wound up being featured in the Seattle Times. Apparently, a lot of other people share my yearning for a hidden retreat in which to work, either that or they want a glimpse of the eccentric writer who would inhabit such a work space.

What I find amusing is that I’ve had to move over a little and share my hideaway once in a while with other family members, who think it’s pretty cool. I don't mind. It's awfully quiet when they're in the closet, and when it’s my turn, my family interrupts me a lot less.

Read more about my closet writing office and see the picture the Seattle Times featured.

When an untried youth ascends to the high throne of Faeraven, his mistakes tear kingdoms apart and allow just one chance at redemption. He must humble himself before the one person he banished.

A headstrong young princess and the guardian sworn to protect her fly on winged horses to the Gate of Life above the Well of Light in a desperate bid to release the DawnKing, and the salvation he offers, into a divided land. Will they each learn in time that sometimes victory comes only through surrender?
Purchase DawnSinger 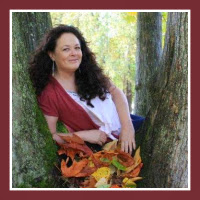 Beginning with DawnSinger, Janalyn's medieval epic fantasy series, Tales of Faeraven, carries the reader into a land only imagined in dreams. Janalyn is also working on a romantic suspense novel set in a castle. She is represented by Sarah Joy Freese of Wordserve Literary.
When Janalyn is not writing, she loves to find adventures in the great outdoors.