First Lady: Indomitable Dolley
Dolley Madison was the first President’s wife to truly earn the title, First Lady. She was younger and loved to entertain. She was known as Madame Hospitality and even after she left the White House she managed to dominate the social scene in Washington.

Dolley was born May 20, 1768 in North Carolina then moved to Virginia where she grew up on a plantation. Later, her father moved them to Pennsylvania in 1783. Dolley married, but tragedy struck and her husband and son died in a cholera epidemic in 1793. A widow at age 25, she met James Madison in Philadelphia where he served in the Continental Congress. Although seventeen years her senior, Madison proposed and Dolley accepted. They married September 15, 1794. 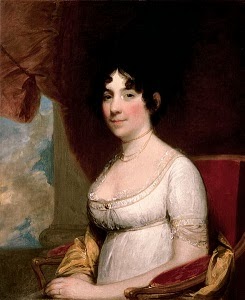 Despite her gay and low-cut clothes, she won people over with her charm and good humor. She wasn’t a beauty by today’s standards, but she radiated cheerfulness. She was an innovator who didn’t like the intimate social gatherings like Jefferson before her. She had a style of her own and enjoyed having masses of people in for dinner, lawn parties, teas, dances, luncheons as well as state dinners. Her mantra: “The more the merrier.” However she did give smaller dinner parties with a skill that combined groups of intimate friends with distinguished guests who happened to be in town. Other First Ladies may have had parties, but they were not in the same class as hers. 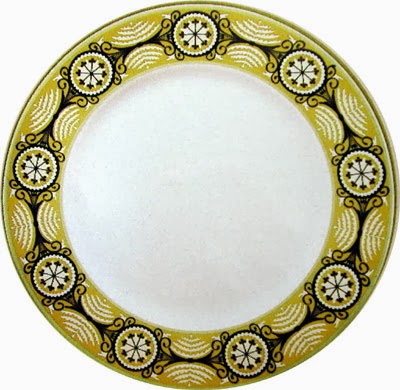 This is the Madison China pattern that was used for official state dinners at the White House. Most people are surprised when they see it because it doesn't reflect the true nature of Dolley, and it bears no evidence of the Presidential seal or anything else pertaining to being President of the United States.

Dolley loved the holidays and was the one who instituted the custom of Easter Egg Rolling on the White House lawn. New Year’s day was another big event at the White House.

The White House was burned on August 14, 1814, and Dolley did all she could to save as much of the contents as possible. That may be her most memorable legacy. Even after they moved to smaller quarters at Taylor House for the repairs, Dolley stilled entertained until the end of Madison’s term in 1817.

Despite the years that have passed, the legend of Dolley continues. No one can deny that she set a style that other First Ladies through the years have tried to emulate, but hardly the same success.

Pictured here, her first inaugural dress was one of my favorites at the Smithsonian exhibit. It is a pale yellow satin that set off Dolley’s coloring to perfection.

Sadly, few records were kept of the meals she served or of her favorite foods. Some few choice recipes were recorded, and they were few considering the amount of entertaining she did.

One other bit of history, even though she was no longer First Lady, Dolley was the chronologically earliest to be photographed. This photo may be seen at the Greensboro Historical Museum. 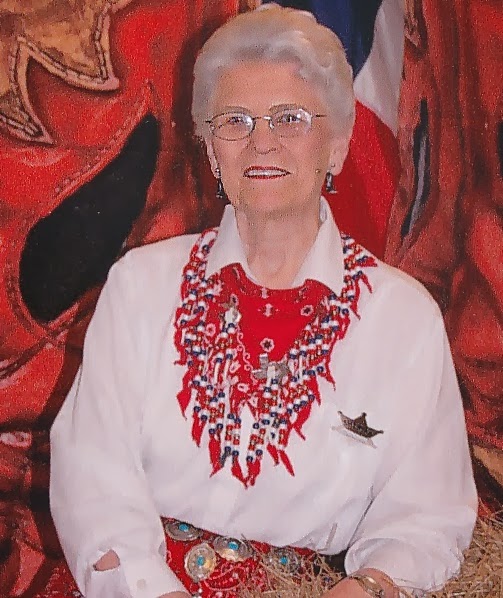 Martha Rogers is a free-lance writer and was named Writer of the Year at the Texas Christian Writers Conference in 2009 and writes a weekly devotional for ACFW. Martha and her husband Rex live in Houston where they enjoy spending time with their grandchildren. She is a member of several writing groups.  A former Home Economics teacher, Martha loves to cook and experimenting with recipes and loves scrapbooking when she has time. She has written two series, Winds Across the Prairie and Seasons of the Heart as well as several other novels and novellas. Love Stays True, the first book in her new series, The Homeward Journey, released in May, 2013 and book 2, Love Finds Faith, in February 2014.

Do you enjoy entertaining? What kind of party do you most enjoy having? Answer the question with your comments for an opportunity to win a copy of Love Finds Faith.