Known But to God

Tomb of the Unknown Soldier and the Sentinels of the 3rd United States Infantry Regiment, Company E — "The Old Guard" 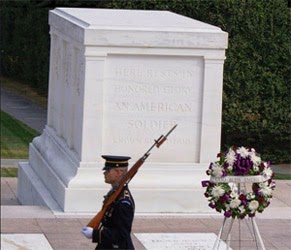 In researching mansions in the Arlington Virginia area, I read about the Custis-Lee Mansion; also called the Arlington. House. 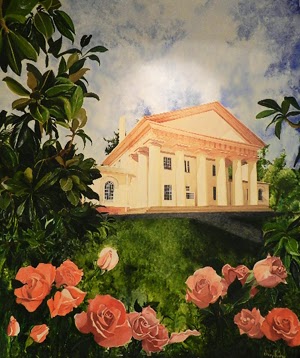 Its construction began in 1802 and was intended to be a living memorial to George Washington. After a fascinating history filled with political notables, the grounds were appropriated for a military cemetery in 1864. The property is now administered by the National Park Service. Over 250,000 people are interred there. 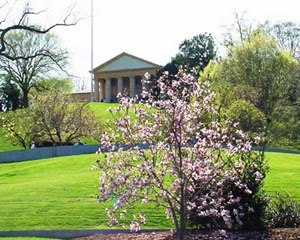 I enjoy Jeopardy and watch reruns as often as I can. One evening on Jeopardy, the final question was "How many steps does the Guard take during his walk at the Tomb of the Unknown?" All three contestants missed it!

Have you ever had the opportunity to watch the march or the changing of the Guard for the Tomb of the Unknown Soldier? Do you have family interred at the Arlington Cemetery?

Here’s what I learned about the Sentinel's walk. I had to stop and get a Kleenix©. You might want to be prepared.

1. How many steps does the Sentinel take during his walk on the path of the tomb of the Unknown?
Answer: The Sentinel marches 21 steps down the black mat behind the Tomb, turns, faces east for 21 seconds, turns and faces north for 21 seconds, then takes 21 steps down the mat and repeats the process. The 21 steps mirror the twenty-one gun salute that is the highest honor given any military or foreign dignitary. 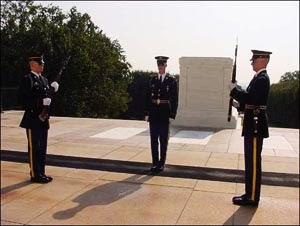 2. How long does the Sentinel hesitate after his about-face to begin his return walk?
Answer: 21 seconds for the same reason as answer number 1

3.Why are his gloves damp?
Answer: The gloves are moistened to prevent lose of grip on the rifle.

4. Does he carry his rifle on the same shoulder all the time?
Answer: The rifle is carried on the shoulder away from the tomb as a symbol of the rifle being between the tomb and any potential enemy. After the march across the path, an about-face is executed and the rifle is moved to the outside shoulder.

5. How often are the Guards changed?
Answer: Guards are changed every hour on the hour from October 1-March 31. From April 1 to September 30 the Guard is changed every thirty minutes, twenty-four hours a day, 365 days a year.

6. What are the physical traits limitations of the Guard?
Answer: For a person to apply for Guard duty at the tomb, he must be between 5 ' 10 ' and 6 ' 4 ' tall with proportionate build and weight.

Other requirements of the Guard

• After two years, the Guard is given a wreath pin that is worn on their lapel signifying they served as Guard of the tomb. As of 2004, there are only 400 being worn. The Guard must obey these rules for the rest of their lives or give up the wreath pin.

• The shoes are specially made with very thick soles to keep the heat and cold from their feet. There are metal heel plates that extend to the top of the shoe in order to make the loud click as they come to a halt.

• There are no wrinkles, folds or lint on the uniform. Guards dress for duty in front of a full-length mirror. Every Guard spends five hours a day getting his uniforms ready for guard duty. 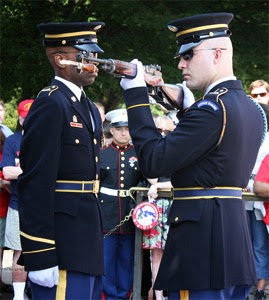 • The first six months of duty a Guard cannot talk to anyone nor watch TV. All off duty time is spent studying the 175 notable people laid to rest in Arlington National Cemetery. A Guard must memorize who they are and where they are interred.

Among the Presidents and other notables interred are:

• Mary Roberts Rinehart - America's first woman war correspondent during World War I for the Saturday Evening Post; wrote mystery novels, including The Circular Staircase and The Bat; in 1921 was referred to as "America's Mistress of Mystery."

The Sentinels Creed: My dedication to this sacred duty is total and wholehearted. In the responsibility bestowed on me never will I falter. And with dignity and perseverance my standard will remain perfection. Through the years of diligence and praise and the discomfort of the elements, I will walk my tour in humble reverence to the best of my ability. It is he who commands the respect I protect. His bravery that made us so proud. Surrounded by well meaning crowds by day alone in the thoughtful peace of night, this soldier will in honored glory rest under my eternal vigilance. 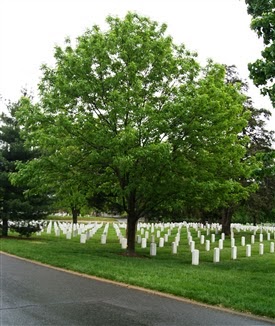 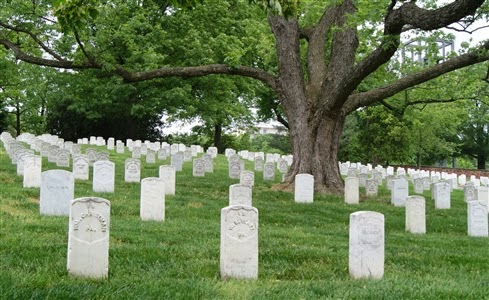 In 2003, as Hurricane Isabelle was approaching Washington, DC, our US Senate/House took 2 days off with anticipation of the storm. On the ABC evening news, it was reported that because of the dangers from the hurricane, the military members assigned the duty of guarding the Tomb of the Unknown Soldier were given permission to suspend the assignment. They respectfully declined the offer, "No way, Sir!" Soaked to the skin, marching in the pelting rain of a tropical storm, they said that guarding the Tomb was not just an assignment, it was the highest honor that can be afforded to a service person. The tomb has been patrolled continuously, 24/7, since 1930.

Read more about these honorable Sentinels at http://www.arlingtoncemetery.mil 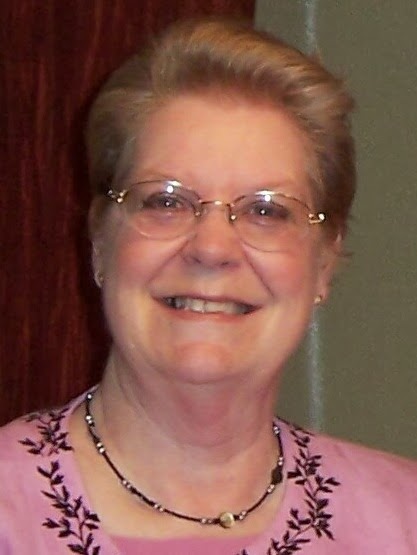 Lin writes historical fiction for adults and children. She and her husband, Jerry, live on a hay and cattle ranch in Chimney Rock, Colorado. Her current historical series Voices in the Desert about the Southwestern Indian Detour Couriers is set in New Mexico. Book One: Treasures Among the Ruins features Cornelia Miller, a recent college graduate, who is searching for self-identity apart from a strong political, socially prominent family. Lin's enjoyment of genealogy and family history adds unique elements to her stories.
Posted by Linda Farmer Harris at 12:00 AM