Hi, Laurie Kingery here, hoping you're staying warm this winter and longing for spring, as I am.

To continue my series on the lesser-known tribes of Texas, I'd like to discuss the Kiowa tribe. They were among the most feared of the Plains Indian warriors, especially after gaining horses from Mexican ranchos. They began in what is the present-day Yellowstone/Glacier Parks area, but after becoming a mounted tribe, they migrated southward by the 19th century. 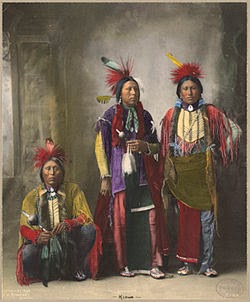 They called themselves Ka-igwu, or "Principle People." The idea that they are the most important people group seems to be a common theme among the Indian tribes I have studied, and other people groups, too. The Comanches thought of themselves as "The People" too. They were described in sign language by other Indian tribes by holding two straight fingers near the lower outside edge of the eye and moving these fingers back past the ear. This was to sympbolize the Kiowa hairstyle, which was cut horizontally from the lower outside edge of the eyes to the back of their ears. This was to keep their hair from getting tangled as an arrow was let loose from a bowstring. For awhile, they shared land in eastern Colorado with the Arapaho, who called the Kiowa "Creek people."

The Kiowa were nomadic, being hunter-gatherers rather than a tribe that grew crops. They traded with tribes that did so, though. Trade items were often metal arrowheads, rifles, ammunition, and chillingly, captive whites. Their most important source of food was the buffalo, so they migrated to follow the herds, dragging their goods with travois. They made pemmican out of dried lean meat mixed with melted fat or tallow and berries, that was then carried in rawhide pouches called parfleches. Camp dogs sometimes pulled the travois, but they could also be used for food when food was scarce.
The hunting was mostly done by men, though women gathered wild edibles such as berries, tubers, seeds, nuts, vegetables, and wild onions. Their tipis were made of buffalo hides held up with juniper and pine lodgepoles. It could be set up or taken down in minutes. The floor of a tipi was earthen or covered in hides. It was cool in the summer and warm in the winter.

A Kiowa man's wealth was determined by the number of horses he possessed, and honor was earned by the stealing of horses. The horses were often decorated with beaded masks and buffalo horns. The Kiowa had warrior and religious societies and performed the Sun Dance, which I will blog about in the future, as a rite of manhood. The most elite warriors were part of a special society called the Koitsenko or "Real Dogs." The women's prestige was gained by the achievements of their husbands and sons. They also tanned and decorated hides with beads and painted designs, and took care of the camp while the men were away. The men lived among their wives' extended families, which merged into bands with elected chiefs. They did a pictorial census, called the "winter count" of their people, which provides valuable historical information today.

There were two political subdivisions, the To-kinha-yup, or "Men of the Cold" who lived along the Arkansas River and the Kansas border, and the Gwa-kelega, or Southern Kiowa, who lived along the Staked Plains of panhandle Texas and Oklahoma. These were allies of the Comanche. Kiowa enemies were the Cheyenne, Arapaho, Navajo, Ute, and sometimes the Lakota. When they were pushed onto the reservation lands in Oklahoma, they came into conflict with Indians already there.
Their most famous chief was Satanta, or White Bear, who is reported to be the model for the infamous "Blue Duck" in MacMurtry's famous novel LONESOME DOVE. They were rarely in the Hill Country of Texas, the area I write about, after 1860, but tried to surge back into Texas after the Civil War. They were defeated along with the Comanche in the Battle of Adobe Walls and driven onto the Ft. Sill, Oklahoma reservation in 1875. As of 2011, the enrolled members of the tribe numbered 12,000. To be enrolled in the tribe, one must have a minimum of 25% Kiowa blood. Their reservation is in southwestern Oklahoma at Carnegie.
Blessings, Laurie Kingery 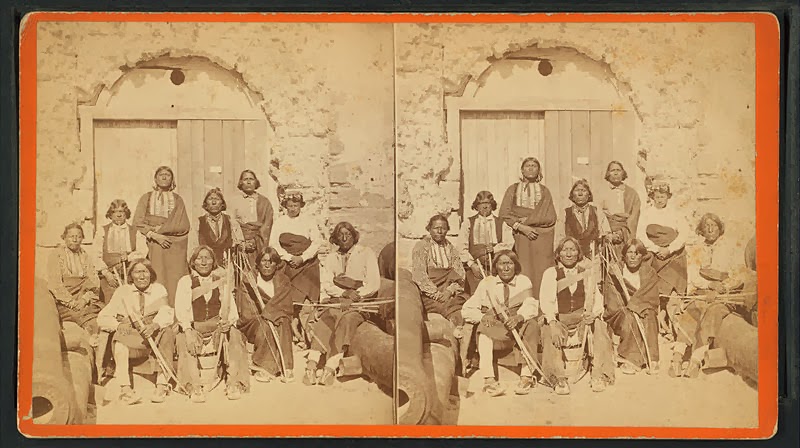