We're about to embark on a drive to St. Louis next month, and most of my family from back East will be there. Once or twice a year, they come here to Colorado to visit. And not, that is not them in the first picture. :) That is a picture of early gold miners with their work area illuminated by candlelight. 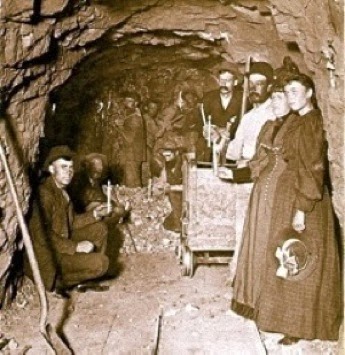 One thing my family always does is check out one tourist spot in the area during their time here. During a previous visit, we all took a tour of the Mollie Kathleen Gold Mine in Cripple Creek, Colorado. Mining was a popular industry during the mid-to-late 1800's, and it continues today...some of it in the very same mines discovered over 130 years ago!

This tour is America's longest continually operated gold mine tour. The most jarring experience is descending a mine shaft 1,000 feet in a modified open ore bucket. For those who don't know what this is, it's a VERY small cage-like container suspended on cables and secured into a mine shaft. The space is probably about 4 or 5-feet square and we managed to fit 6 full-grown adults PLUS 2 kids into that tiny space. Talk about being packed in like sardines! Yet, this is how many miners also descended and ascended every day to do their work.

Once out of the bucket cage, we had a bit more room to spread out and join the rest of the tour. And this is some of what we learned about the history of the mine itself:

In the spring of 1891 Mollie’s son Perry arrived in the Cripple Creek area employed as a surveyor assigned to map mining claims of this country’s newest and overlooked frontier. With all news of the day focused on Cripple Creek’s gold. Mollie loaded the family wagon with supplies and joined the next wagon train heading west up Ute Pass to visit her son. After a four day trip, Mollie was relieved to find Perry had completed construction of a half log half canvas field tent. Mollie waisted little time setting up housekeeping. 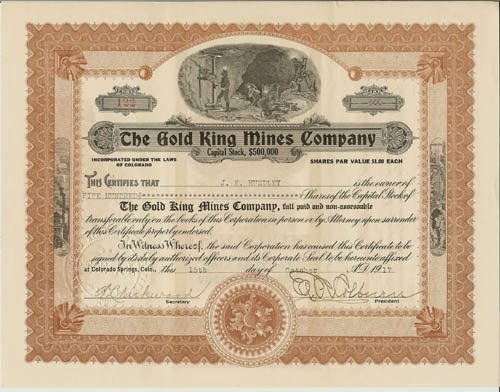 In September of that year (1891), Perry while surveying upper Poverty Gulch, saw a huge herd of elk. Later he told Mollie of the herd so she headed out to see for herself. As she made her way up Poverty Gulch (three hundred yards past Cripple Creek’s first gold strike--- Bob Womack’s Gold King Mine---), winded Mollie decided to rest.

Looking downward,as she caught her breath, Mollie noticed an interesting rock formation that winked back at her. Using a rock to break off a sample, she could hardly believe her eyes, the outcropping was pure gold laced in quartz.

With her heart racing Mollie nonchalantly hid gold samples amongst her clothing, she had to be calm, there were a number of prospectors in the area. Earlier that day Mollie had mingled with Bob Womack who had overlooked her find for more than a dozen years prospecting an area he had nicknamed Poverty Gulch. 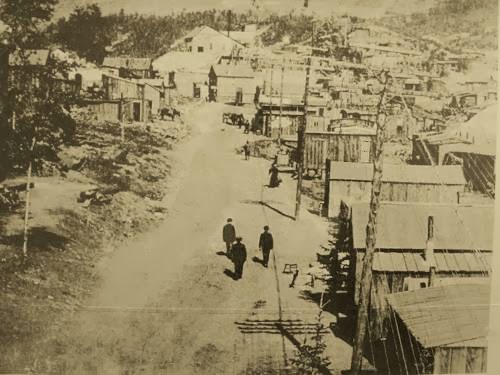 By her determined act, Mollie Kathleen Gortner became the first woman in the Gold Camp to discover gold and strike a claim in her own name. This was clearly a bold move out of step with the times. Most men of the time, only named their horses, jack asses, and mines after their women, it was very uncommon to let a woman claim something of such value.

Even after her mine was in production and when visited by the National Geological Survey, it’s authors entered their report of the mine being “Discovered by Mr. M.C. Gortner” Mr. Gortner’s name was Henry --- Mollie’s name was Mary Catherine Gortner. Mollie Kathleen Gortner Died in 1917. Henry would later die of a broken heart one short year later. Perry Gortner was left 1/3 interest in his mother’s gold discovery and was managing operator of the Mollie Kathleen until his death in 1949. The Gortner family lay to rest in Evergreen Cemetery in Colorado Springs, CO.

Amazing to think something which began in such an unorthodox manner has continued to exist and the mines in this area are still producing gold ore which funds many organizations and outreaches throughout the Pike's Peak Region.

I have a 3-book series set in Silverton and Durango, but I just might shift a little northeast and move my setting to near Cripple Creek. It would be a lot easier to do research. :) We'll have to see which region my editors prefer.

For more information on the Mollie Kathleen, visit this site.

Have you ever been down inside a gold or silver mine? Was it active at the time or merely for tourists? Where was it? And if you haven't, are there any mines near you? Or is there a mine you'd love to visit? Why?

BIO
Tiffany Amber Stockton has been crafting and embellishing stories since childhood. Today, she is an award-winning author, speaker, and brand partner with Nerium International, who lives with her husband and fellow author, Stuart Vaughn Stockton, in Colorado. They have one girl and one boy, and an Aussie/retriever mix named Roxie. She has sold fourteen books so far and is represented by Sandra Bishop of MacGregor Literary Agency. You can also find her on Facebook and Twitter.
Posted by Tiffany Amber Stockton at 3:00 AM