New Orleans, Gem on the Gulf
When the United States purchased the Louisiana Territory in 1803, Thomas Jefferson had no idea what a treasure he’d bought for the country.  He sent out Lewis and Clark to explore the million square miles and asked them to bring back seeds and cuttings of any new plants they found.

While Natchitoches is the oldest town in what is now the state of Louisiana, it was the city of New Orleans that was the most profound results of the purchase. New Orleans, the colorful, bustling port city on the Gulf of Mexico, would now be American. Approximately 90,000 people lived in the territory and half of those lived in or near New Orleans. French, Negro, Spanish and Indian tribe remnants made up the population. Those who were of both Spanish and French descent were the Creoles. The French speaking refugees who came down from Nova Scotia were the ancestors of those we know as Cajun today.

This heterogeneous population along with the variety of excellent cooking ingredients available in the area produced a cuisine that is even today both delectable and unique. The French, Negro, and Indian populations all had their influence in the great cooking that is typical of the region. All types of food from gumbo to beignets to jambalaya to pecan pralines are associated with New Orleans and can be found on menus in top restaurants around the area. 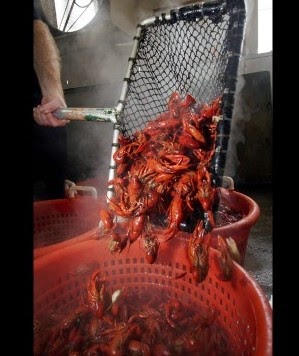 Not only is the food unique, but the beverages have a reputation all their one. Coffee with chicory is one example as well as café au lait (made with chicory coffee), and grand brule.

One thing of note is the difference between Creole and Acadian cooking. The Creoles were accustomed to more luxury thus leaning toward the cooking of France with its subtle flavors and separate sauces. Acadian were poor and ate country-style food which was hearty, spicy and often cooked and served as one dish. 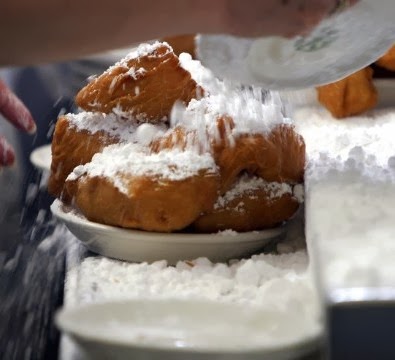 One dish, Red Beans and Rice, became so popular that it is now a tradition and served every Monday, even in some restaurants. A cup of coffee and a French doughnut or Beignet (shown on the left) are a must have on a visit to the French Quarter. 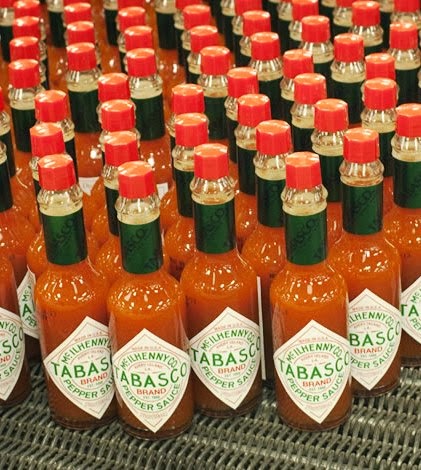 Those who love spicy cuisine find dishes made with Tabasco just right for their palate. Originally used by only southern Louisiana cooks, Tabasco is produced 125 miles from New Orleans and now known all over the country.

No matter where you live, a visit to New Orleans will be an unforgettable experience, and a great history lesson.

Thanks for stopping by.
Posted by Martha W. Rogers at 1:00 AM