Though that term wouldn’t enter the American vernacular for a couple hundred years, Americans began yearning for a road trip the moment the country won its freedom from . By the early 19th Century, the demand for a roadway to connect the Eastern seaboard with the wilderness lands west of the grew louder. 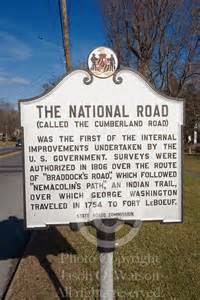 George Washington, among other visionaries, began plotting a national roadway, building on a wilderness trail blazed by Delaware Indian Chief Nemocolin. First called from its starting point in , , ’s proposed would reach to the . 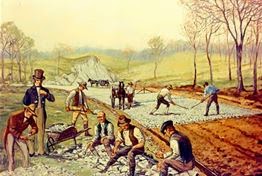 In 1806, President Thomas Jefferson approved the project and construction began in 1811. By 1837, the road would span five states, ending in . In my own state of , work on the road began in in 1829, extending east and west simultaneously and eventually dissecting the state from , to . 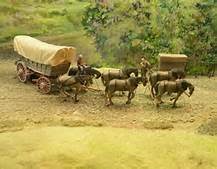 Over the past two centuries, countless pioneers with courage to match their boundless wanderlust have left their mark on this country along the . While Americans built the , the helped to build . New towns and villages sprang up along the road’s route as stalwart pioneers tamed the wilderness, and the country grew.

As trains of canvas-covered Conestoga wagons bore Easterners west along the , the American driving culture was born. Ever wonder why we, in , sit on the left side of our vehicles while we drive along the right side of the road? The tradition began with the Conestoga wagon drivers that traversed the . So not to take up precious space in the wagon, drivers often rode along the left side of the wagon, standing on a “lazy board” plank. This allowed them a clear view as they steered their horse or oxen teams along the right side of the road. Soon, the Conestogas were sharing the road with stage coaches that brought passengers and freight to the newly minted villages and towns along the . Stage lines like the National Road Stage Coach, the Good Intent Stage Line, and the Ohio National Stage Company, allowed wealthy travelers to ride west in style. Less elaborate coaches carried the mail as well as passengers of more

modest means. As they neared a town the stage coach driver would blow a bugle, announcing their imminent arrival. Post masters, innkeepers, and the general public would turn their attention to the National Road at the welcome sound of the bugle call.

As horse-drawn wagons and carriages gave way to gasoline powered vehicles, a vast highway system was built to connect every part of the country. The eventually became part of US 40 and connected with the , built after World War I, which  ran from , to . 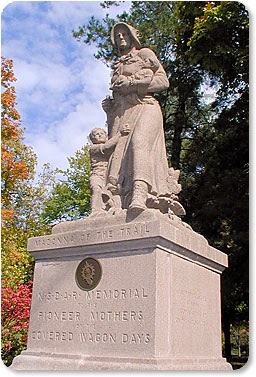 In 1911, the National Society of the Daughters of the American Revolution commissioned a monument titled “Madonna of the Trail” as a dedication to the spirit of the pioneer woman. Twelve of these monuments were installed across the country along what is called the of which, the is a part. ’s Madonna of the Trails monument is located along US 40 in , Indiana.

Have you traveled the historic along US 40? If not, I have a two-word suggestion for this summer. Road trip!

Comment on this blog post and win a copy of my book, Everlasting Promise, set along the 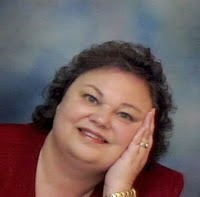 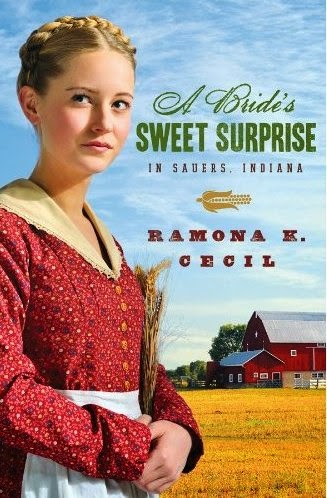 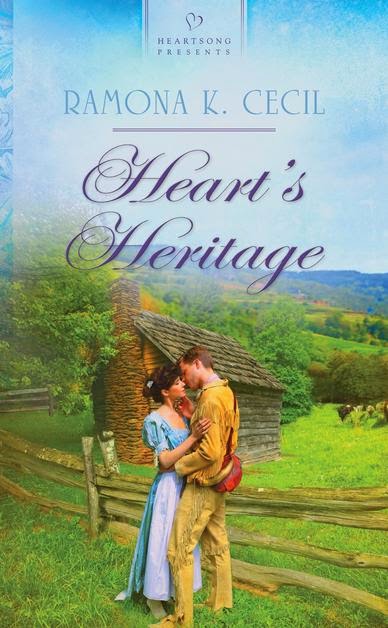