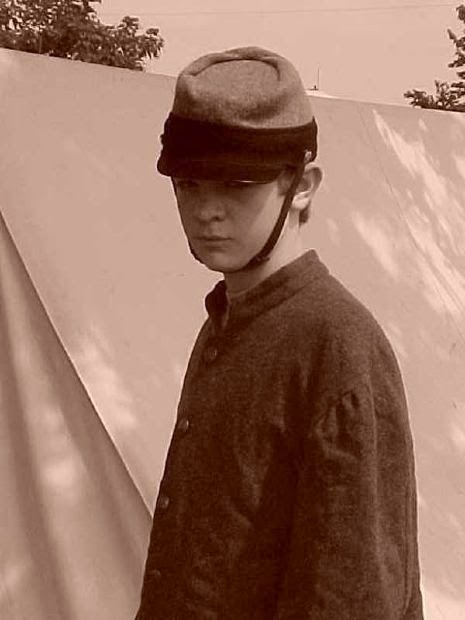 The Civil War, The War Between the States, was also known as The Boys' War. The Photographic History of the Civil War tells us that:


Confederate figures are skimpier, but in a sample of 11,000 men, the majority was between eighteen and twenty-nine. About 1,000 were eighteen; 366 were seventeen; 200 were sixteen; 31 were fifteen; three were fourteen and there was even a thirteen year old. 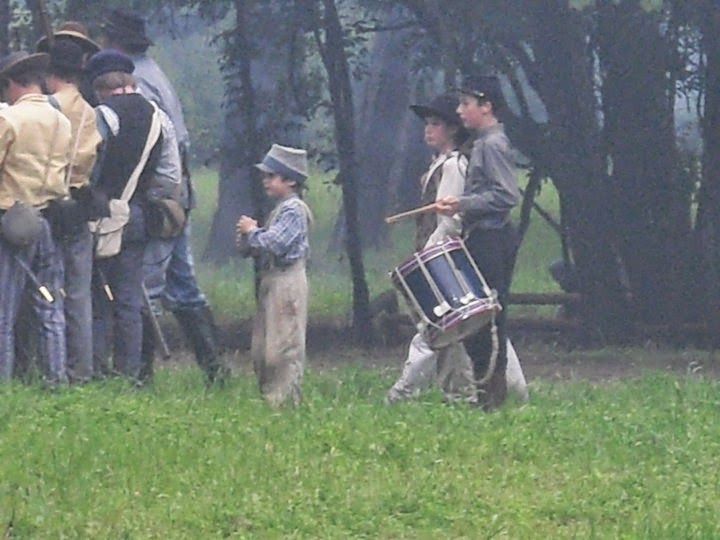 Most of the young boys enrolled as musicians, fifers or drummers, but ended up picking up a gun or saber with their regiments. The most famous one was Johnny Clem who attempted to enlist at only nine years old and four feet tall. Clem became unofficially a drummer for the troops and a celebrity for his actions at Chickamauga, Ga., in September 1863. The 22nd Michigan was assigned to defend Horseshoe Ridge, but Confederate soldiers soon surrounded it. A Confederate officer spotted Clem, who was armed with a musket modified for his size, and demanded that he surrender. In the face of danger, Clem shot the officer and ran, making his way back to Union lines.

At the age of seventeen, Arthur MacArthur, failed to get into West Point in 1861, then got a place as adjutant of the 24th Wisconsin. He commanded a regiment and was wounded three times in bloody battles. He went into the regular army, retired as a lieutenant general and became the father of General Douglas MacArthur.

War is devastating enough, but to have fresh-faced, innocent young boys in harm's way on a battlefield defies all civilized thinking. Looking at the young faces of our grandsons, ranging in age from 31 to 14, I cannot even imagine the agony of sending one of them to war before they come of age. It's hard enough when they have to fight for our country as an adult. My brother gave the ultimate sacrifice and was killed in Vietnam at the age of 22. I pray our family never has to experience that wrenching trauma again.

Golden lives in Waco, TX, with her husband, Blaine, where they enjoy their children, grandchildren and great-grandchildren and are avid sports fan of their alma mater, Baylor University. You can contact her at www.goldenkeyesparsons.com.

I'm giving away a free copy of my newest release, Hidden Faces: Portraits of Nameless Women in the Gospels to one of you, chosen at random, who leaves a comment and answers this question: What is the biggest sacrifice a member of your family has made for our country?