The idea for one of my older books A Suitor for Jenny lurked in a dusty Kansas museum.  While rifling through old newspaper clippings I came across a meeting notice for The Society for the Protection and Preservation of Male Independence.   I have no idea what happened to the group or even if they succeeded in remaining single, but I know a book idea when I see it and I pounced.


What’s Good For the Goose…

Apparently men weren’t the only ones concerned about independence.  In 1861, fifty ladies of the first Church of Milford in New York formed a society of old maids. It cost five dollars to join the group and members had to vow never to marry.  The interest earned from the money paid for the annual dinner, with the principal going to the woman who remained unmarried the longest.

According to an article in the New York Times thirty years later in 1891 all but fifteen of the original fifty had married.  By then the prize money had risen to a thousand dollars.  I’ve not been able to find the winner’s name—if, indeed, there was one— but the best part of being a writer is where real life fails, inspiration takes over.  This club inspired my Brides of Last Chance Ranch series.

Of course not all old meeting notices stir the creative juices and some, like the Society for the Prevention of People Being Buried Alive, gives me the willies, but they do provide a fascinating insight into the times.


One thing clear in reading old newspapers is that women 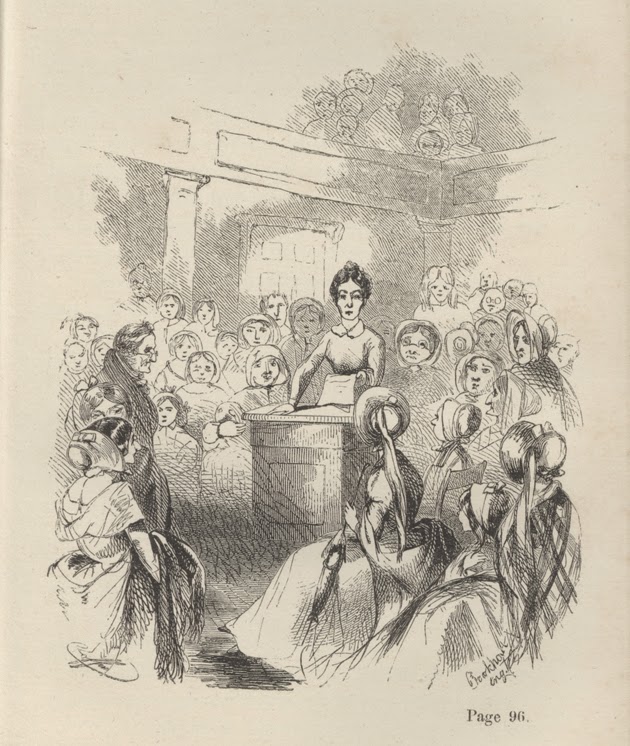 wishing to volunteer outside the home in the early 1800s had little choice but to join an auxiliary of men’s fraternal orders and mutual aid associations.  This changed after the Civil War when women became obsessed with academic and cultural pursuits and joined literary, music, art, language, history and science clubs by droves.

Robert? Who’s Robert and What’s He Doing in a Women’s Club?

According to old newspapers, these fledgling women’s clubs could be pretty chaotic as most early club members knew to “gown well” and wear "good millinery" but didn’t have a clue as to Robert and his rules.


An interesting article written by a club woman’s husband for the New York Tribune in 1910 set this writer’s muse on fire.  He wrote: “From what I gather, I can see Robert himself aghast at what his well intentioned rules of order can do to a women’s club.  What was originally intended to be oil for the wheels turns out to be a gigantic obstruction that can throw a meeting out of gear so that it never does right itself. Robert’s Rules of order become rules of disorder.” 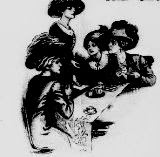 Apparently, he didn’t exaggerate.  In “American Women’s History” Doris Weatherford writes,”The mechanics of organizing—writing by-laws, electing officers and engaging in structured debate was new to most women.”  This explains why the first meeting of the Seneca Falls Women’s Rights Convention was conducted by a man.  Wetherford went on to say,“A crucial factor in the success of future meetings was the participation of a large number of Quaker women, who had long conducted meetings separate from men.”

In the early days of women’s clubs there was a reporter at every keyhole, no doubt waiting for some poor woman to prove herself inept.  By the end of the 19th century, however, newspapers all but ignored clubs (except for the antics of the suffrage movement).  Before a club could get newspaper coverage there would have to be, as one woman lamented—a regular hair-pulling.


A Women’s Place is Any Place She Wants it to be. So there!

Club women took a lot of heat and were often accused of neglecting their families.  In an 1898 San Francisco Call article titled Are Women’s Clubs Harmful to the Home? Dr. George Fitch wrote: “Women’s clubs are one of the last milestones toward national destruction, the goal toward which this nation is at present rapidly journeying.


Disorder may have been the rule in those early women’s clubs but this provided valuable training and experience that paid off in later years when women banded full force to fight for suffrage and temperance.


Yes, indeed, those early meeting notices tell us much about the times, just as present day clubs and organizations mirror today’s world.  A hundred years from now scholars will only have to look at the Tea Party movement, for example, to get a feel for the country’s current political mood (and what do you think the Association of Pet Obesity Prevention  will say about us?).

However, even the most creative writer of the future may be challenged to draw inspiration from The Dull Man’s Club, whose only requirements for joining is to admit that you’re dull and a vow to keep it that way. And who in their right mind would want to write about a hero belonging to the Society of Explosive Engineers?  On the other hand, if the muse calls…

Order from your favorite bookstore or on line.