WHEN MUSIC CAME OF AGE 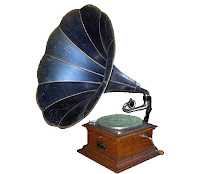 I'm looking over a four leaf clover that I overlooked before. . . . .

No gal has got a shade on sweet Georgia Brown . . .

Can you guess what decade all four of those songs were popular? You don't know yet?

Let's look at a few musicians:

Al Jolson sold out nine shows at the Winter Garden in a row. He was famous for his black-face routines.

George Gershwin and his brother Ira wrote both popular and classical music, including Rhapsody in Blue,  and Always. (They later wrote the opera Porgy and Bess.) 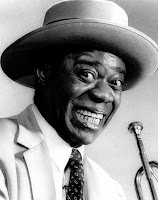 You've got it.  The Jazz Age. The 1920s. Very few other  decades are as immediately identifiable by their music, nor has the music last so long in our pop culture.

My name is Darlene Franklin. Music pops into most of my books. No surprise; I majored in music in college, and to me, music is the purest emotional venue. It transcends words and culture.

Let's have fun today. Tell which of these songs from the 1920s that you know, or toss out another title.

Yes, We Have no Bananas

Ol' Man River It Had to be You

Posted by Darlene Franklin at 2:00 AM