The Chroniclers of the Old West - Lena Nelson Dooley

After the Civil War, more and more people joined those who had first forged a way across the western frontier from the Mississippi River all the way to the Pacific Ocean. Those first years brought a large number of fantastic stories that seemed too unusual to be true. But they also created a desire in the hearts of many people--mostly men at first--to see for themselves. Most of the earlier hardy souls to set out were actually newspaper reporters.

And in the early years, very few of them were photographers. Even though photographers have been an important part if chronicling the War Between the States, also called the War of Northern Aggression in many southern states, the difficulty of transporting the equipment and the price of plates and chemicals kept the number down during the early years of exploration. 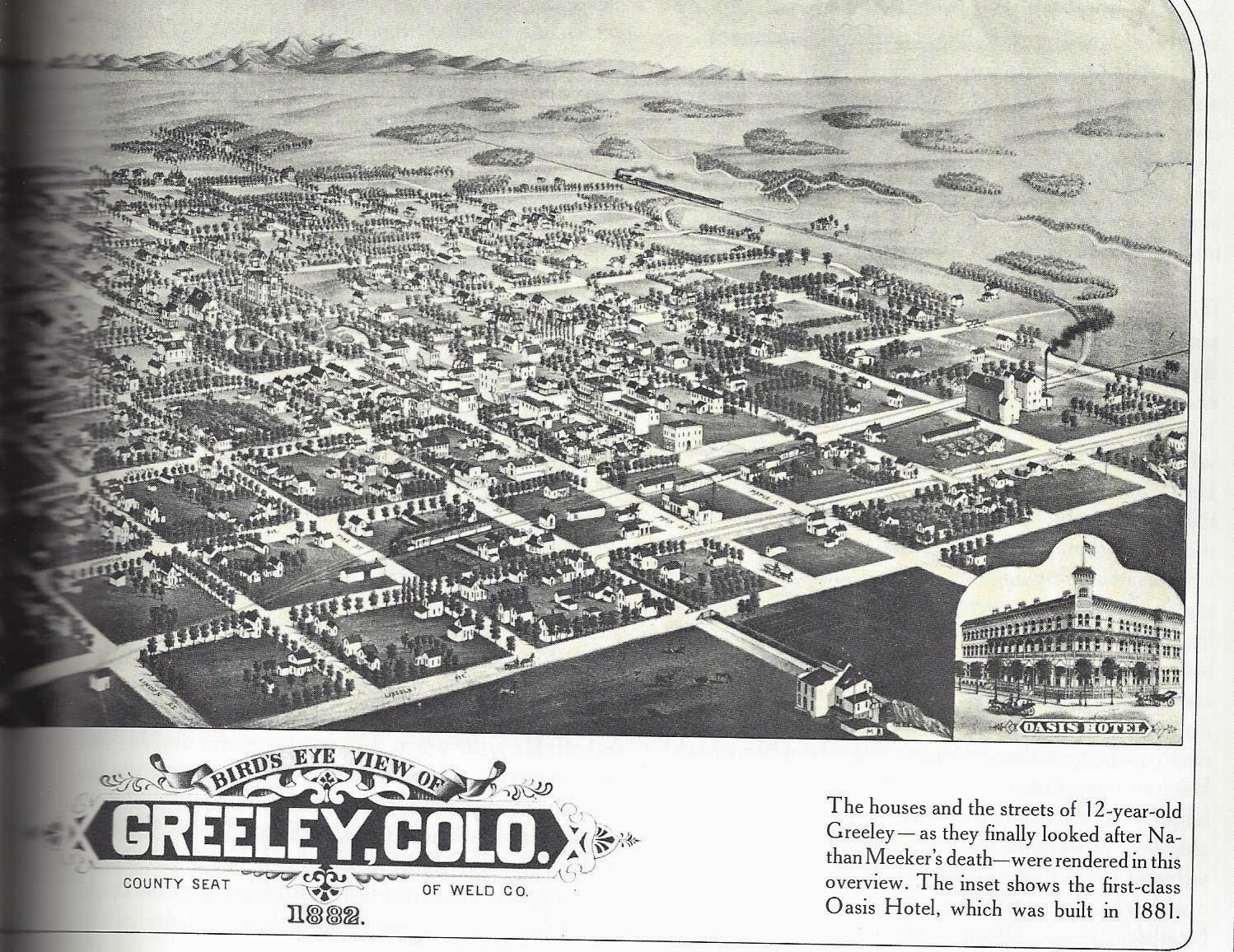 That didn't keep correspondents for such papers as the Boston Journal and the New York Times from making the difficult journey. Frequent mishaps, even those that contained life threatening accidents weren't a deterrent either. Sometimes the reports debunked some of the myths, but other times, the stories sent back from these men reported even more fantastic things.

Reporter Ernest Ingersoll of the New York Times traveled west with geologic surveyors. They met miners who told them about remnants of ancient civilizations not far from where they were surveying. This photo of Ernest (seated) and another man at the cliff dwellings, taken by William Jackson, piqued the interest of archeologists in the East. Other expeditions led by the archeologists uncovered a series of cliff dwelling cities, including the one at Mesa Verde created by ancient Pueblo Indians. 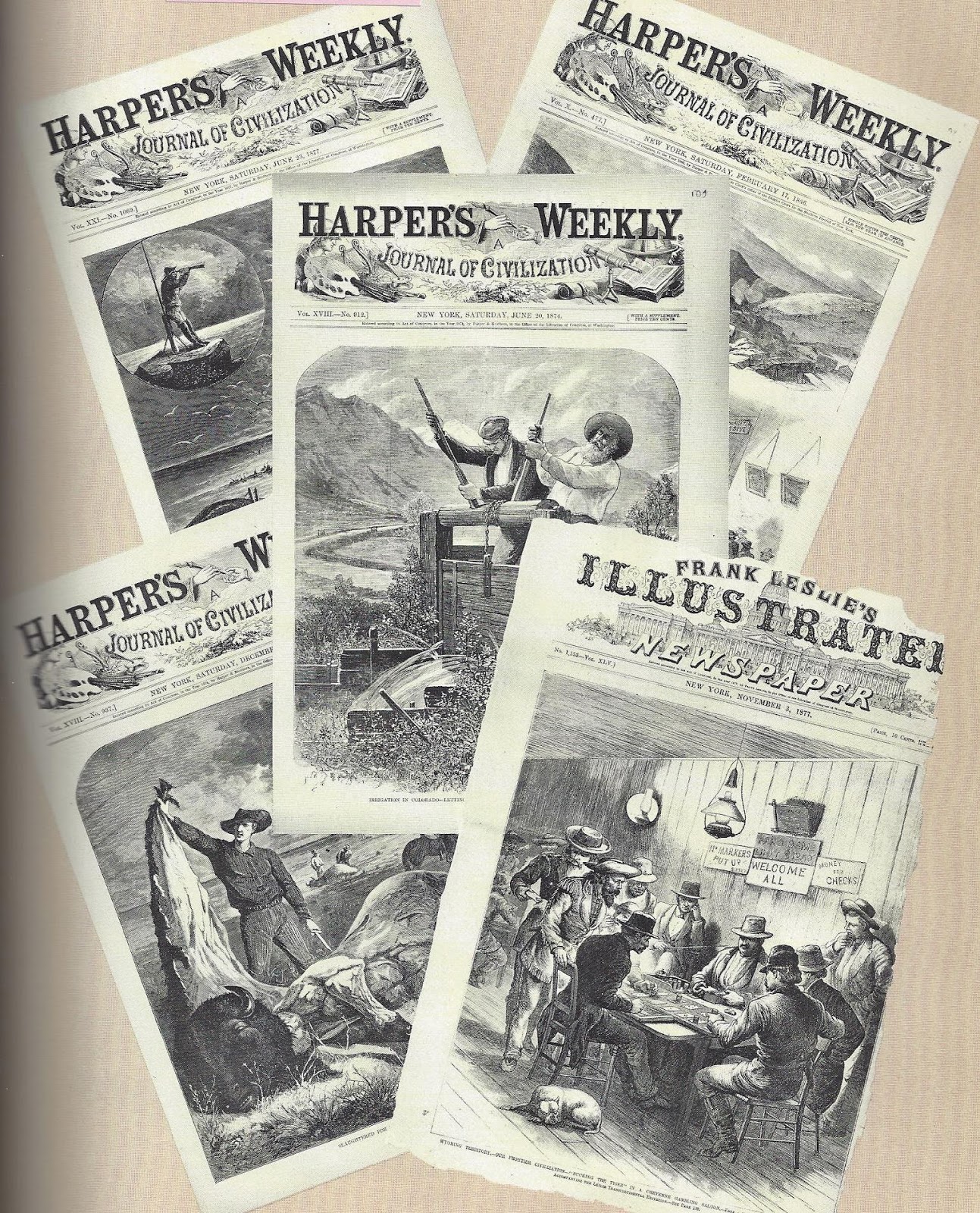 Greeley, Colorado, owes its existence to one of the newspaper men who went west. Nathan C. Meeker refused to let them name the town for him, even though he was the impetus behind the town being created.

Because of how few photographers went west in the years between 1864 and 1875, illustrated newspapers were created filled with drawings by artists. The first two were Frank Leslie's Illustrated Newspaper and Harper's Weekly Journal of Civilization.

Because of the influence of all the chroniclers, soon every small town in the west had a weekly newspaper. Thousands of them sprouted up, with many of them soon fizzling.

We have a rich body of information available to us from all these people.

In 1902, a lady in Leavenworth Kansas wore a salute to journalism--a dress and hat made from material that was imprinted with the local weekly newspaper, Western Life. 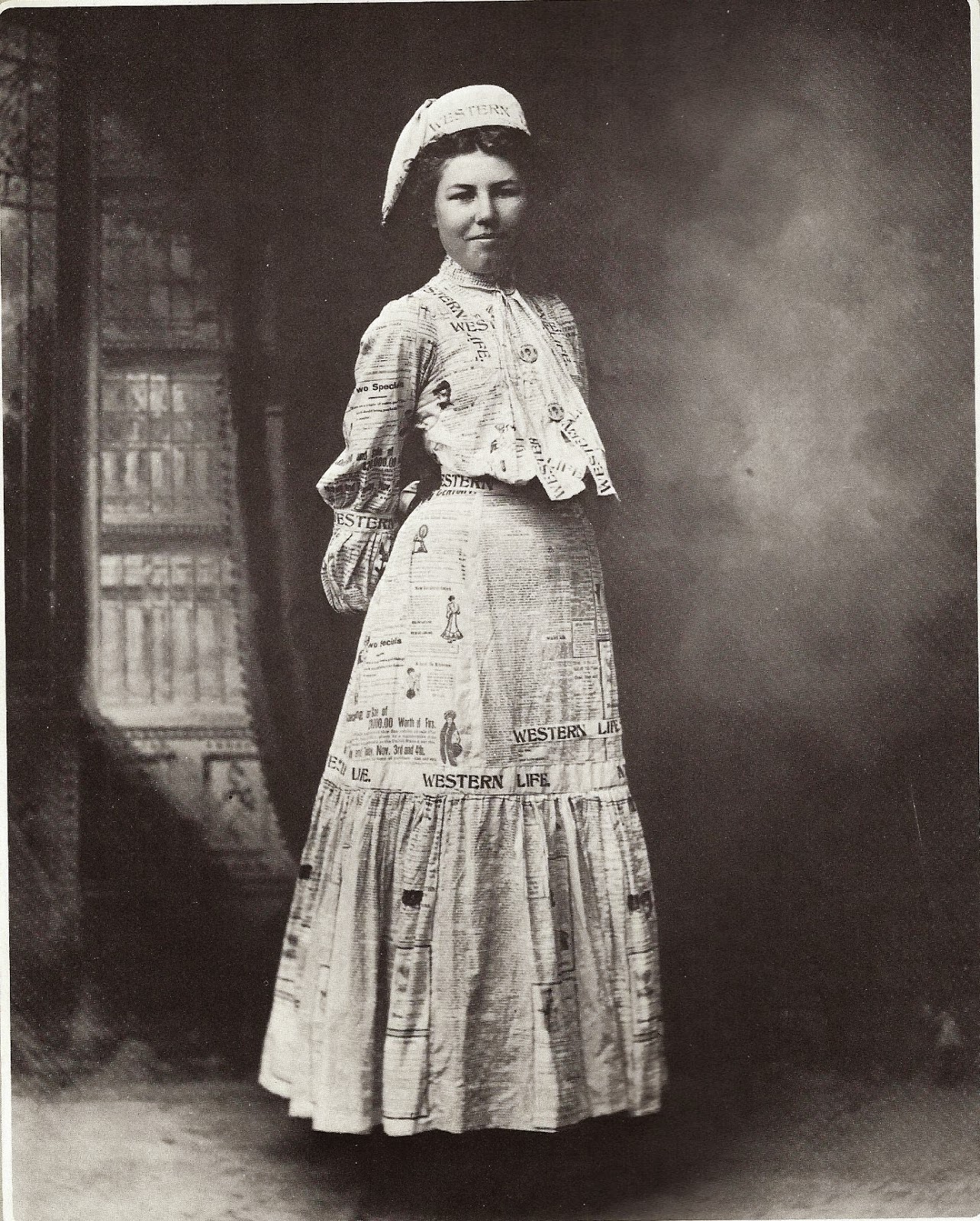 If you haven't had a chance to read my McKenna's Daughters series, you might want to try them now. Maggie's Journey was awarded the BRMCRC Selah Award for Historical Novel.
Mary's Blessing finaled in the BRMCWC Selah Award for Romanve.
Catherine's Pursuit has been awarded the NTRWA Carolyn Readers Choice award for Inspirational novel and is a finalist in the CAN Golden Scroll aware for Novel of the Year. The award banquet is on June 22.

Email ThisBlogThis!Share to TwitterShare to FacebookShare to Pinterest
Labels: Lena Nelson Dooley, The Chroniclers of the Wold West