I am a sports fan fanatic and baseball is my favorite because two of our sons played on championship teams in high school and we went to a lot of games. Baseball is also considered to be America’s National Pastime. Baseball and softball have been around a long time as I discovered in research. In July, the sport honored three outstanding players and three managers by inducting them into Baseball’s Hall of Fame. 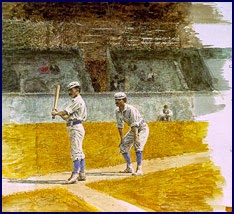 Cricket, rounders, and games called goal ball and even poison ball all resembled what we know as baseball and has been traced back as early as 1700. As time went on, both men and women participated. 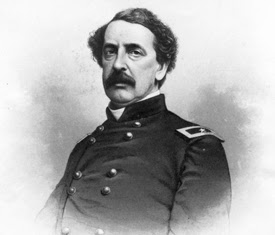 A popular myth leads one to believe that Abner Doubleday set up the basic rules of baseball way back in 1839, but he was still a cadet at West Point at that time. However, a man named Alexander Cartwright is said to have drawn up the rules of baseball with his New York Knickerbockers. His team played the first recorded baseball game in 1846. Then in 1858 the National Association of Baseball Players was established.

Baseball came into national popularity during the War Between the States. Popular on both sides of the Mason Dixon, the huge concentration of young men in army camps and prisons led to a sport formerly reserved for “gentlemen” into a recreational game that could be enjoyed by all of the young men. Rank didn’t matter in choosing the teams. Officers played right beside the enlisted men and earned places on the teams because of their athletic abilities.

Baseball proved to be a morale builder for both sides and became a much needed recreational activity for the young men. It eased their boredom after long details at camp and created a team spirit among the men. One young soldier wrote home and said it helped to forget the things they’d seen and experienced on the battlefield.

In 1871 the first professional baseball league was born. By the beginning of the 20th century, most large cities in the eastern United States had a professional baseball team. The teams were divided into two leagues, the National and American; during the regular season, a team played only against other teams within its league. The most victorious team in each league was said to have won the "pennant;" the two pennant winners met after the end of the regular season in the World Series. The winner of at least four games (out of a possible seven) was the champion for that year. This arrangement still holds today, although the leagues are now suIbdivided and pennants are decided in post-season playoff series between the winners of each division. 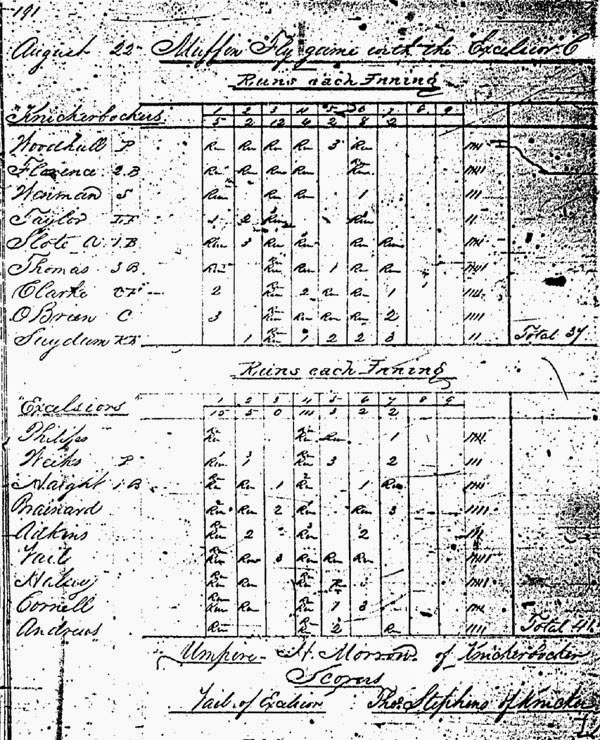 Here is a picture of a typical score sheet for a baseball game. These stats are kept by an official scorekeeper for each game.

Because of the Doubleday myth that started with baseball being organized in Cooperstown, New York, the Baseball Hall of Fame was established there. This museum contains exhibits of

memorabilia from baseball's history and its outstanding players who are inducted each year. Baseball has a long and colorful history and would take many more pages than I have here to tell all about the games and the players who have made baseball the national sport of America that it is today.

One all-time favorite and one of best known players in history is Babe Ruth pictured here at the height of his career as a New York Yankee.

Are you a baseball fan? If so, which team is your favorite? If not, you can still say no and be entered in a drawing for my latest release, Love Finds Faith.

When Micah Gordon returns home after some shady escapades, his father hopes he will settle down to ranch life. Hannah is smitten by his good looks and roguish ways, but because of her leg, she has no hopes of attracting his attention.

After Micah suffers a tragic loss, he loses his faith and almost loses his ranch. Can Hannah’s care and staunch faith help him on the road to recovery with a new hope, new faith, and a new love?

Martha Rogers is a free-lance writer and was named Writer of the Year at the Texas Christian Writers Conference in 2009 and writes a weekly devotional for ACFW. Martha and her husband Rex live in Houston where they enjoy spending time with their grandchildren.  A former English and Home Economics teacher, Martha loves to cook and experimenting with recipes and loves scrapbooking when she has time. She has written two series, Winds Across the Prairie and Seasons of the Heart as well as several other novels and novellas. Love Stays True, the first book in her new series, The Homeward Journey, released in May, 2013 and book 2, Love Finds Faith, in February 2014.