I may have the only dining room north of the Mason Dixon Line boasting a picture of General Thomas “Stonewall” Jackson (aside from actual descendants of the illustrious warrior, of course). Visitors who take time to examine the portraits gracing our walls often come to old Stonewall, wrinkle their brows, and look back at us with puzzled expressions. We’re only too happy to tell the story of why he occupies a place of honor in our home.
My husband, Scott, grew up in Pittsburgh, but his father’s family was originally from Virginia's Shenandoah Valley, where their roots went deep. One of the first things I knew about the Janneys was that Grandma’s grandfather, James Alexander Black, fought in the famous “Stonewall Brigade,” a private in Company C, the Virginia Fourth Infantry. He was one of the “Pulaski Guards,” part of Stonewall’s regiment, which was originally known as Virginia’s First Brigade.  Formed in the opening weeks of the Civil War, the unit consisted of five Virginia infantry regiments, as well as an artillery battery. Jackson took basically green recruits and with his famous discipline and charisma, turned them into efficient soldiers. The photo of Private James Alexander Black reveals a resolute spirit, the product of his life as a laborer, the firm faith in which he was raised, and his superior military training. 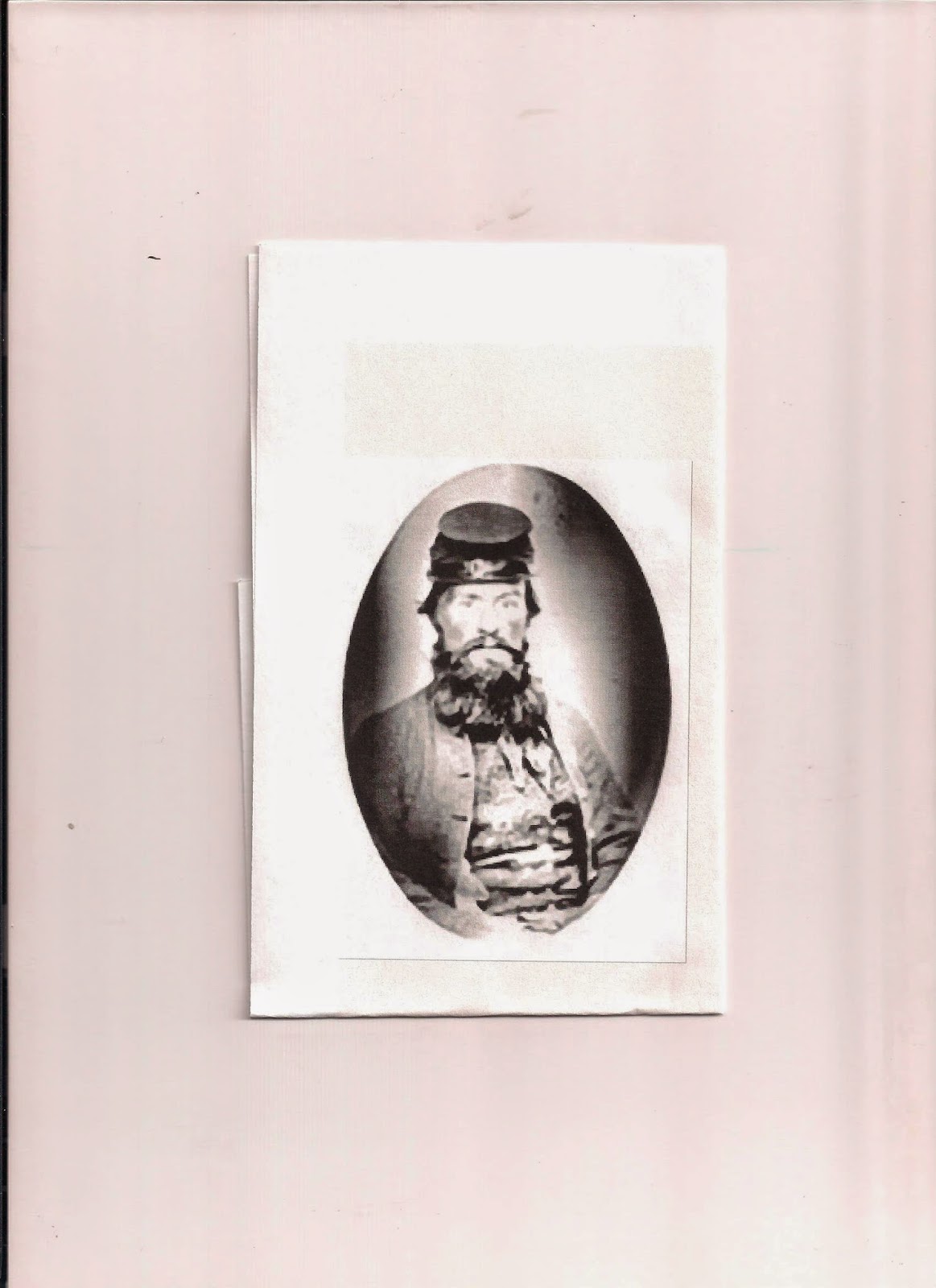 In the battle of First Manassas in July 1861, Thomas Jackson, the former Virginia Military Institute professor, gained his immortal nickname when South Carolina General Barnard E. Bee is said to have cried out, “There stands Jackson like a stone wall. Rally behind the Virginians!”

From April 30 to May 6, 1863, Stonewall’s Brigade fought against Union forces led by Major General Joseph Hooker in Spotsylvania County near the remote village of Chancellorsville, Virginia. Under the overall command of General Robert E. Lee, the Army of Northern Virginia fought valiantly against a fighting force twice its size, but Lee’s boldness in dividing his forces helped bring about a stunning victory. Stonewall’s men marched twelve miles around the Union forces, effectively striking at their unguarded flank and rear. May 3, 1863 was the second bloodiest day of the War Between the States with both sides suffering crushing casualties; according to the National Park Service, in a little over five hours, 18,000 men fell. Of 2,000 men in the Stonewall Brigade, 600 died, including my husband’s great great grandfather.

The previous night as Jackson and some of his staff were returning to camp, a North Carolina regiment mistook them for Union soldiers. Someone cried out, “Halt! Who goes there?” Before anyone could answer, however, firing commenced, and Jackson was hit twice in the left arm and once in the right hand.
After Jackson’s arm was amputated (and buried at his chaplain’s brother’s nearby farm), the general was removed to a small house several miles away in Guinea Station. Upon hearing of Stonewall’s wounds, General Lee commented, “He has lost his left arm, but I have lost my right arm.” Unfortunately, Jackson also lost his life when pneumonia set in, and a week later, he died.

Scott and I visited the National Park at Chancellorsville early in our marriage during a vacation. I was struck by how wooded and serene the place was where the battle occurred, especially the area where James Alexander Black and many of his compatriots fell. After touring that hallowed ground, we drove to Guinea Station to see the house where Stonewall died. An especially engaging park ranger provided anecdotes about the people who came and went at the time, along with an absolutely heart-rending story of the general’s death. When Jackson realized from the number of doctors attending him, as well as their concerned expressions, he assured them, “I thank God, that if it is his will, that I am ready to go.”

On Sunday, May 10 as he stood at death’s door, Jackson remarked, “It is the Lord’s Day; my wish is fulfilled. I have always desired to die on Sunday.” He slipped in and out of delirium, and thinking he was in battle, he cried out, “Order A.P. Hill to prepare for action! Pass the infantry to the front rapidly! Tell Major Hawks. . . .” Then the flow of words halted.  He suddenly became placid, and succumbing to a great peace , he uttered his last words, “'Let us cross over the river, and rest under the shade of the trees.'"

By the time the ranger finished, I was in tears! When I later found the portrait we have in our home of Jackson, I purchased it for Scott as an anniversary present. I presented it to him joking, “Someday we’ll have  one of
General Grant!” I figured that somewhere in my family, we might be connected to the Union commander.  Several years later, when I began searching the branches of my own family tree, I actually did discover an association with Grant, albeit not the direct one of my husband to Jackson. My six times great grandfather’s grandson, Brevet General George Ihrie, served as Grant’s aide and Assistant Inspector General during the war.

I also found, much to my surprise, that I had a relative who fought at Chancellorsville, my step grandfather Harry Kocher’s grandfather, Israel Kocher. Not only did he not wear gray, he wore Union blue with the Pennsylvania 153rd Regiment. In other words, my family and my husband’s family fought against each other in the same battle! While Israel didn’t die at Chancellorsville like James Alexander Black, he didn’t exactly come out unscathed. Neither did his fellow fighting men. 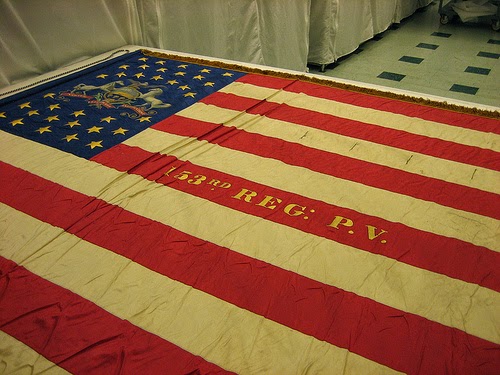 Flag of the PA 153rd Regiment

During the battle, this unit from Pennsylvania, largely of German descent, were badly outnumbered by the Confederates, although the Union forces overall had more troops. When roughly 800 Pennsylvanians saw 17,000 Rebels, including the Stonewall Brigade, hurtling at them with their signature, blood curdling yell, they didn’t have much of a chance at victory. (Some believe there were more like 22,000 Confederates.) The 153rd sustained heavy casualties, including twelve killed, thirty-nine wounded, and twenty-five captured, along with two missing and two wounded, who later died. Some accounts harshly referred to them as “the flying Dutchmen.” My great great grandfather was injured when a riderless horse knocked him down, but after a brief experience as a Confederate prisoner, Israel was mustered out with the rest of the survivors, who went on to fight at the Battle of Gettysburg that July.

A recent gathering of descendants of the PA 153rd and
their reenactors; the author and her son are on the
far left in the front row.
The National Park Service hosted a 150th anniversary of the costly Battle of Chancellorsville in the spring of 2013, and my husband and I took our eight-year-old son for the commemoration. The rangers we spoke to were surprised, and delighted when we told them David had great great great grandfathers who fought there on opposite sides; he quickly became a center of attention. 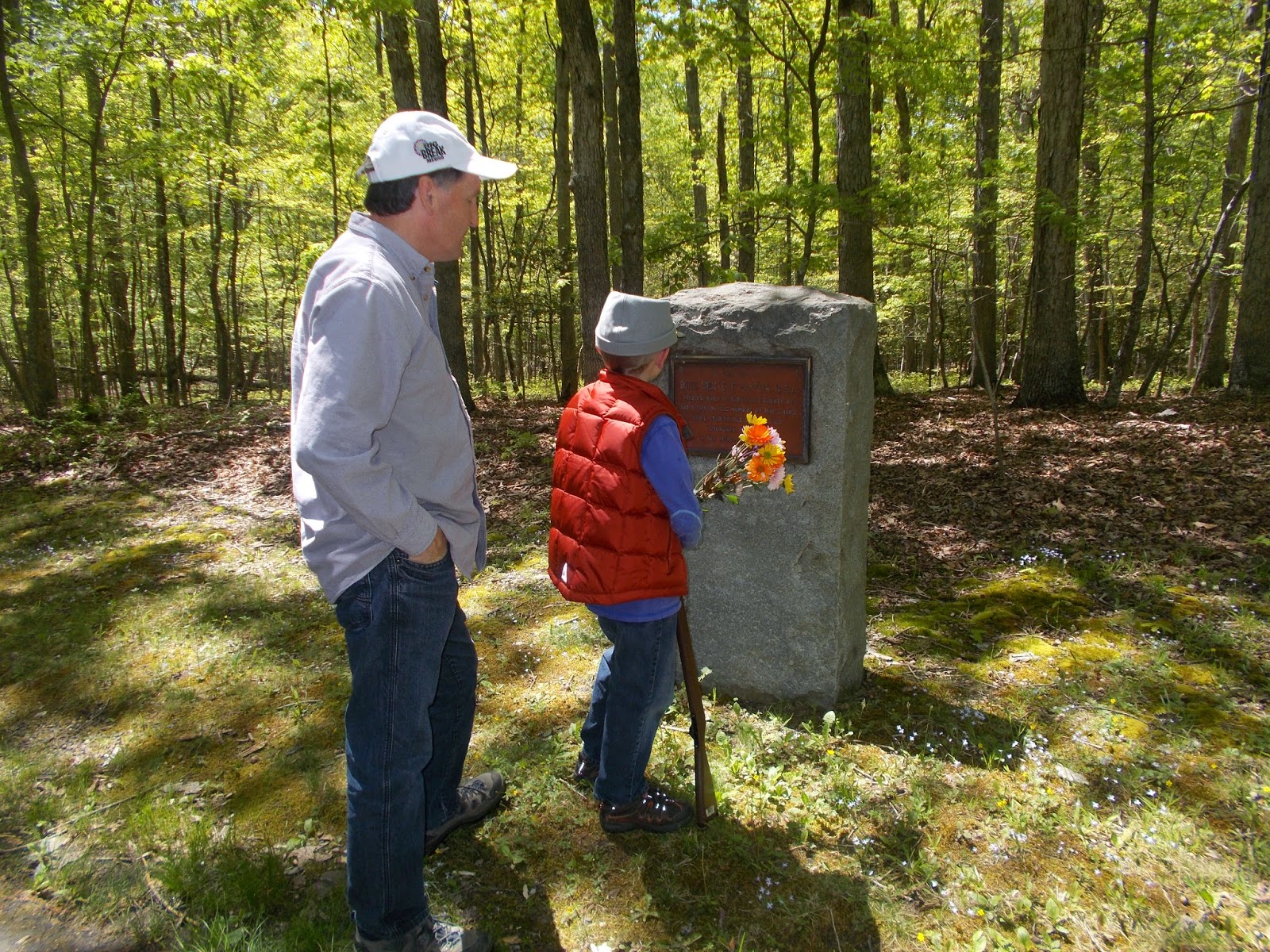 Scott and David Janney at Chancellorsville, near
the site where James Alexander Black fell

He was a little confused, however, as to what colors he was supposed to wear, blue or gray. We assured him that he was there to honor the sacrifices that both his ancestors made, but since we were in Virginia and James Alexander Black lost his life at Chancellsorville, David would wear gray in his memory. After that somber moment, I piped up, “When you’re up North, you can wear blue!” At a picnic this summer for descendants of the Pennsylvania 153rd, that’s exactly what happened—David got to wear his blue Union cap. That did not stop him, however, from “fraternizing with the enemy,” the grays who also made an appearance at the reenactment. Nor should it have. We are, after all, a family that honors the courage of both ancestors at the Battle of Chancellorsville.

David Janney, whose descendants fought against each other
at the Battle of Chancellorsville


I’d love to know if you have a “divided” family where the Civil War is concerned, or if you have any known ancestors who fought during 1861-1865. 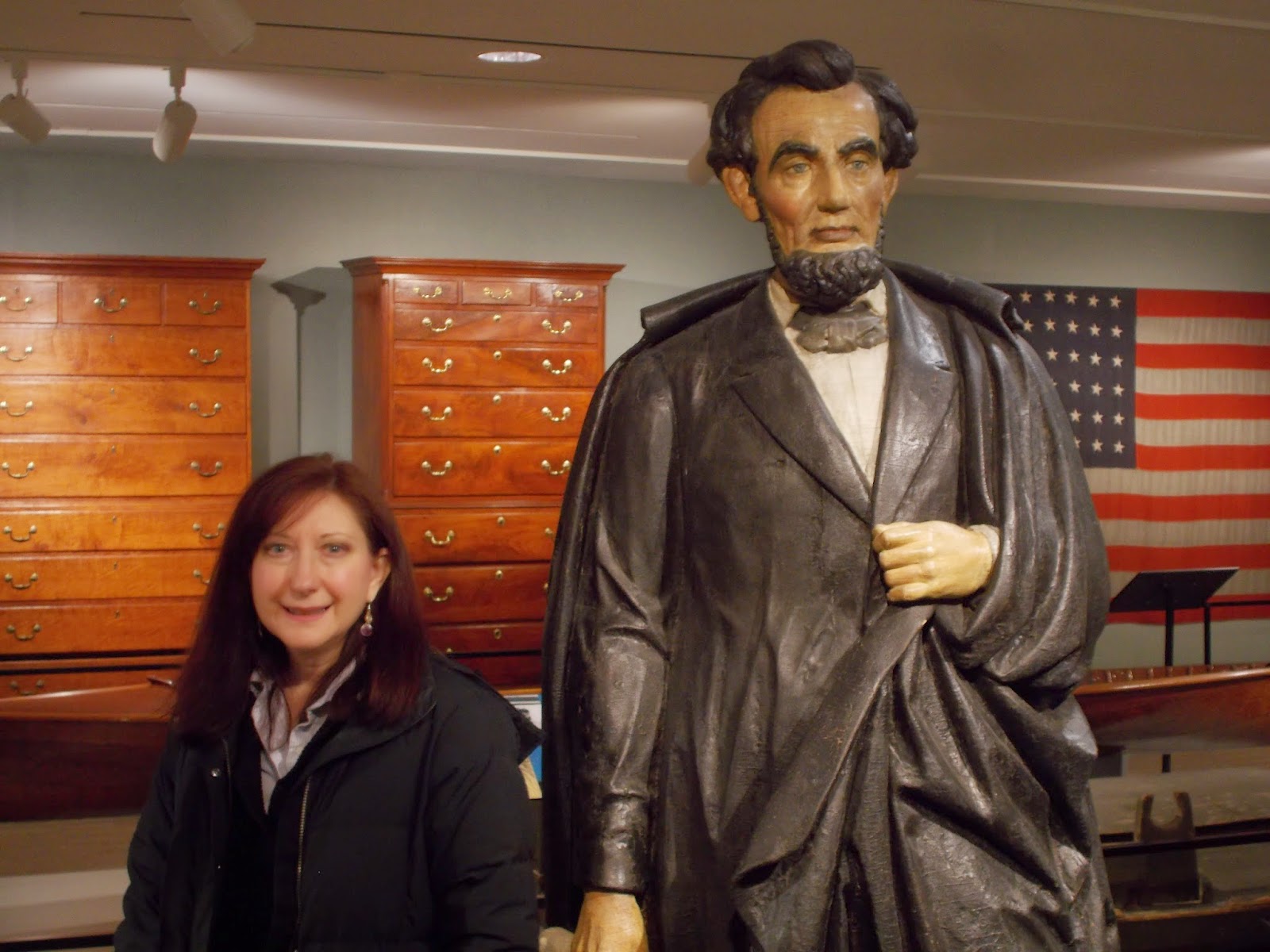 Yankee Girl Rebecca Price Janney is a theologically trained historian and the author of 18 books, including Harriet Tubman, Great Women in American History and Then Comes Marriage? A Cultural History of the American Family. She began writing professionally at the age of 14 and the following year, she started covering the Philadelphia Phillies for her local paper. Rebecca is a member of the Daughters of the American Revolution, a wife, and the mother of one son. She’s written a new historical series taking place in the U.S. that is awaiting publication. When she’s not writing or speaking, she loves being with her family. www.rebeccapricejanney.com