A world-renowned surgeon stands at his patient’s bedside and delivers a dire diagnosis; he informs her that major surgery is required to save her life, then explains the risks of that surgery.

It’s easy to imagine this scene playing out today in any large urban hospital. But what if I told you that the scenario I described happened over a two hundred years ago in a tiny log cabin in the wilderness?

The year is 1809 and the surgeon is Dr. Ephraim McDowell. The surgery he is proposing to his patient, Mrs. Jane Crawford, is the one, slim hope of saving her life, though it is far more likely to result in a death sentence for them both.

Ephraim McDowell had apprenticed under Dr. Alexander Humphreys, a graduate of the prestigious where McDowell also studied for a year. By December of 1809, ten years into his practice, Dr. McDowell is considered the leading surgeon on the frontier. So when two local doctors fail to induce the labor of Mrs. Jane Crawford, whom they've diagnosed with an overdue pregnancy, they call in Dr. McDowell. 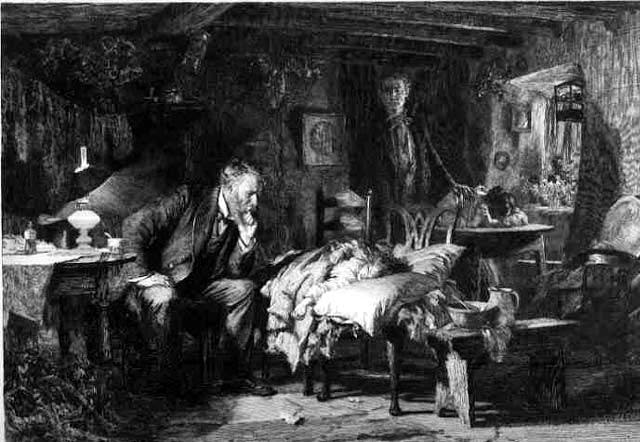 After traveling on horseback sixty miles through snow and ice to the Crawford cabin, Dr. McDowell examines his patient. He quickly realizes that he is not dealing with an overdue pregnancy, but a deadly enlarged ovarian cyst. The doctor is prepared to give his patient the grim news that there is nothing he can do to save her, but she begs him to try to remove the life-threatening tumor. McDowell is well aware that no such a surgery has ever before been attempted, and that to do what his patient is asking of him would be considered tantamount to butchery and murder. At the same time, he has long believed that if carefully and properly executed, such a surgery could be successful. After all, animals routinely survive spaying. With both their lives on the line, McDowell agrees to attempt the dangerous surgery if Jane will agree to travel back to Danville with him. 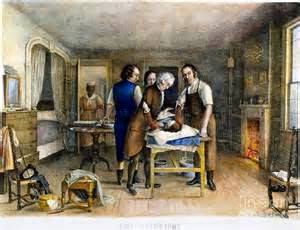 Jane agrees to make the trip and on Christmas Day 1809, Dr. Ephraim McDowell, with the help of his nephew, Dr. James McDowell, successfully removes a twenty-two-pound tumor from the abdomen of Jane Todd Crawford. With only opium for anesthetic, Jane sings hymns to take her mind off the pain of the surgery. Outside the McDowell home, incensed neighbors prepare to hang the doctor whom they believe is committing murder within.


To the astonishment of everyone, including Dr. McDowell, Jane Crawford survives the surgery. Five days later, Dr. McDowell is both astonished and horrified to find his patient on her feet and making her own bed. Upon her recovery, Jane returns to her husband and children and eventually moves with them to the wilderness where she lives another thirty-two years to the age of seventy-nine.

For his actions, Dr. Ephraim McDowell became known as the founding father of abdominal surgery. His groundbreaking procedure performed on Jane Todd Crawford on Christmas Day 1809 removed not only the woman’s tumor, but the belief that a person could not survive having the abdominal cavity opened. Because of the courage of Dr.McDowell and Jane Crawford, abdominal surgery has saved countless lives over the past two hundred years. Today, both the pioneering surgeon and his brave patient have hospitals named for them in their respective home towns; the Ephraim McDowell Regional Medical Center in Danville, Kentucky and the Jane Todd Crawford Memorial Hospital in Greensburg, Kentucky.
The home of Dr. Ephraim McDowell in Danville, Kentucky, is now a museum and historical site. 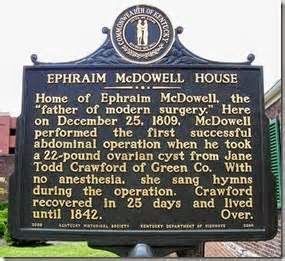 In 2007, I became a recipient of Dr. McDowell's and Jane Crawford's legacies when I underwent successful surgery for stage 1 uterine cancer. Seven years later, I remain cancer-free. Have you or a loved one had lifesaving abdominal surgery? I'd love to hear your story. 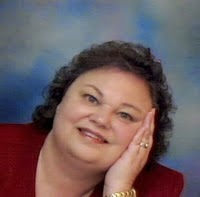 
Check out her out her latest releases at www.ramonakcecil.com 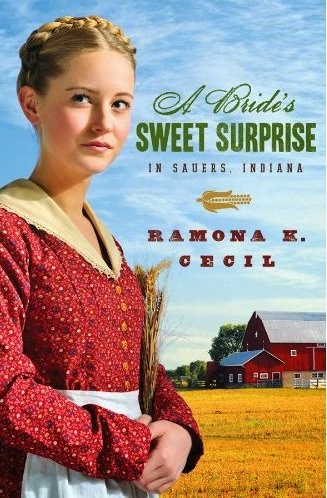 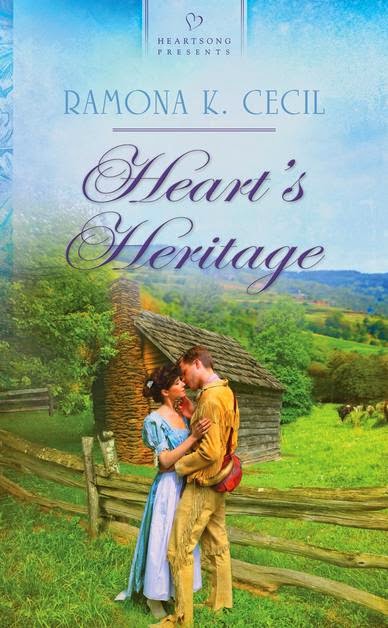