In last month's post I shared pictures of Janeites, that is, Jane Austen devotees, dressed up in their Regency-era finest. I took the photos at a JASNA conference in Portland, OR, and shared those of women only. This month, as promised, I move on to pictures of men and couples. We'll see that women aren't the only ones who enjoy dressing up in the style of Jane's era. We'll also see that, in some cases, they are equally challenged in getting it right! But hey, it's all about fun. Authenticity to the period is appreciated by those of us who CAN appreciate it, but it isn't everything.  [JASNA, by the way, is the Jane Austen Society of North America.]

Don't forget to enter the drawing at the bottom of the page. In addition to possibly winning one of my books there are lots of other great prizes. 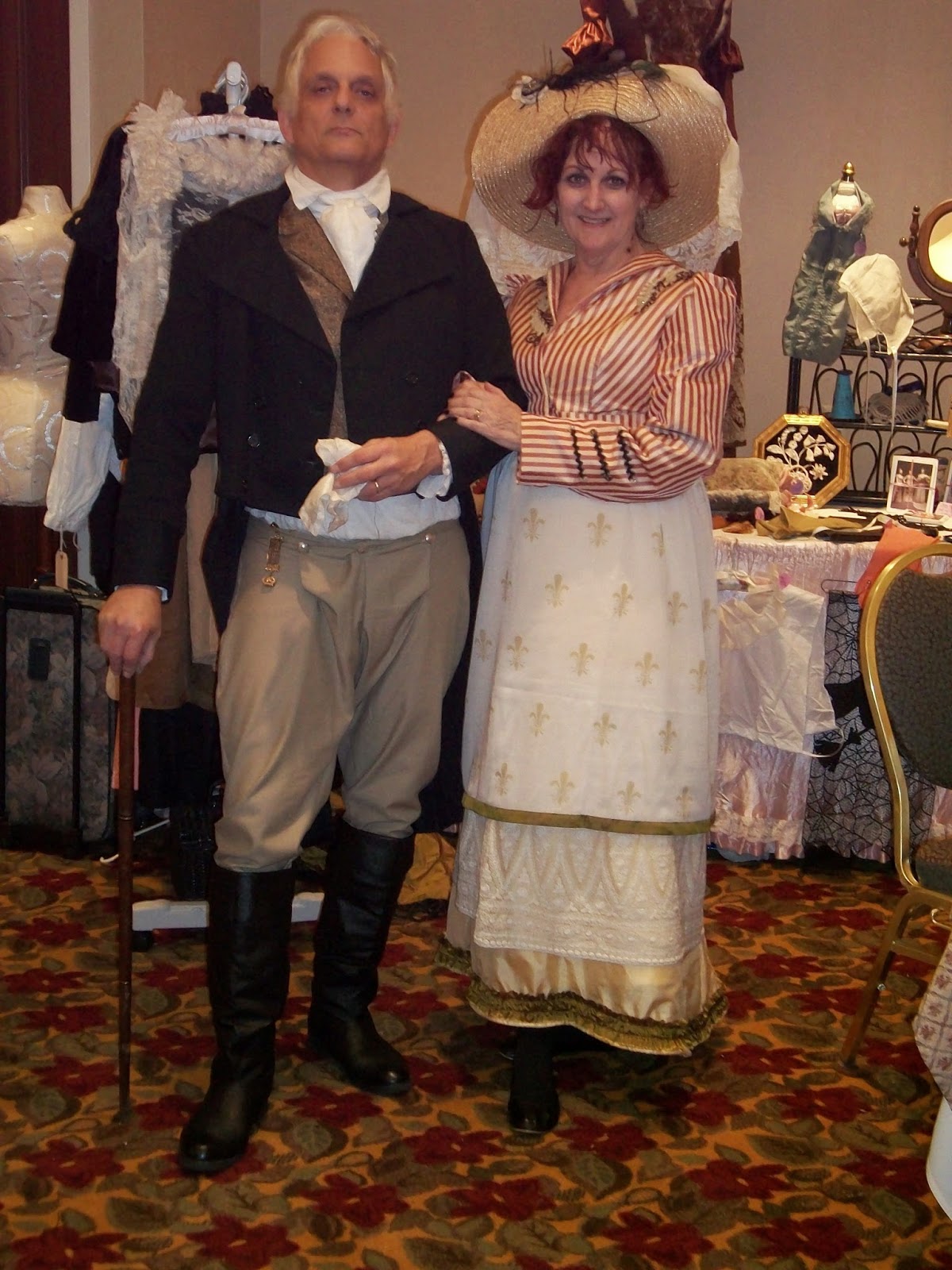 Dignity itself on the left. (Bonnet on right: Bad, bad, bad!) 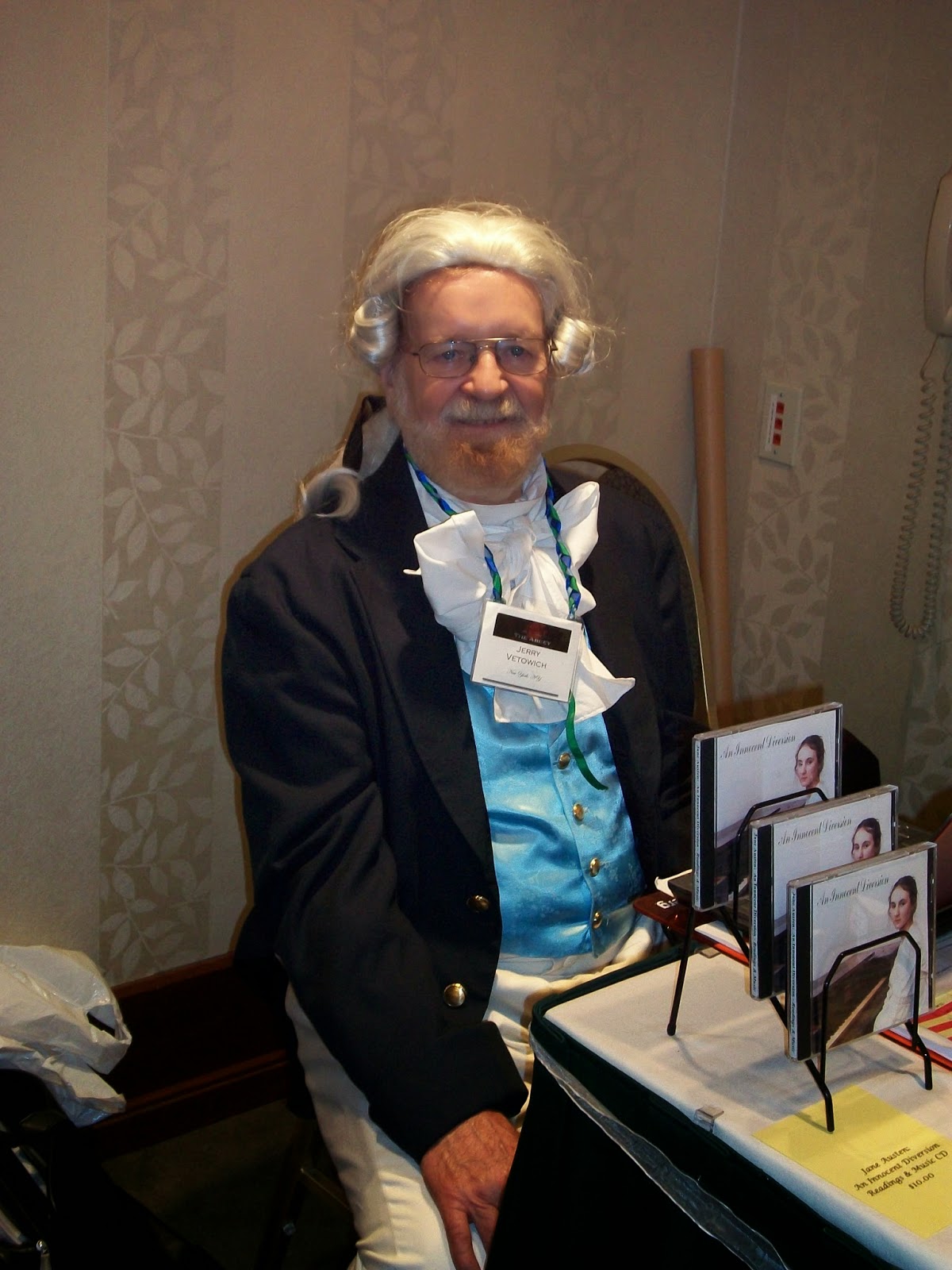 I could see him conducting music. (Music conductors were not yet de rigeur during the Regency, however.) 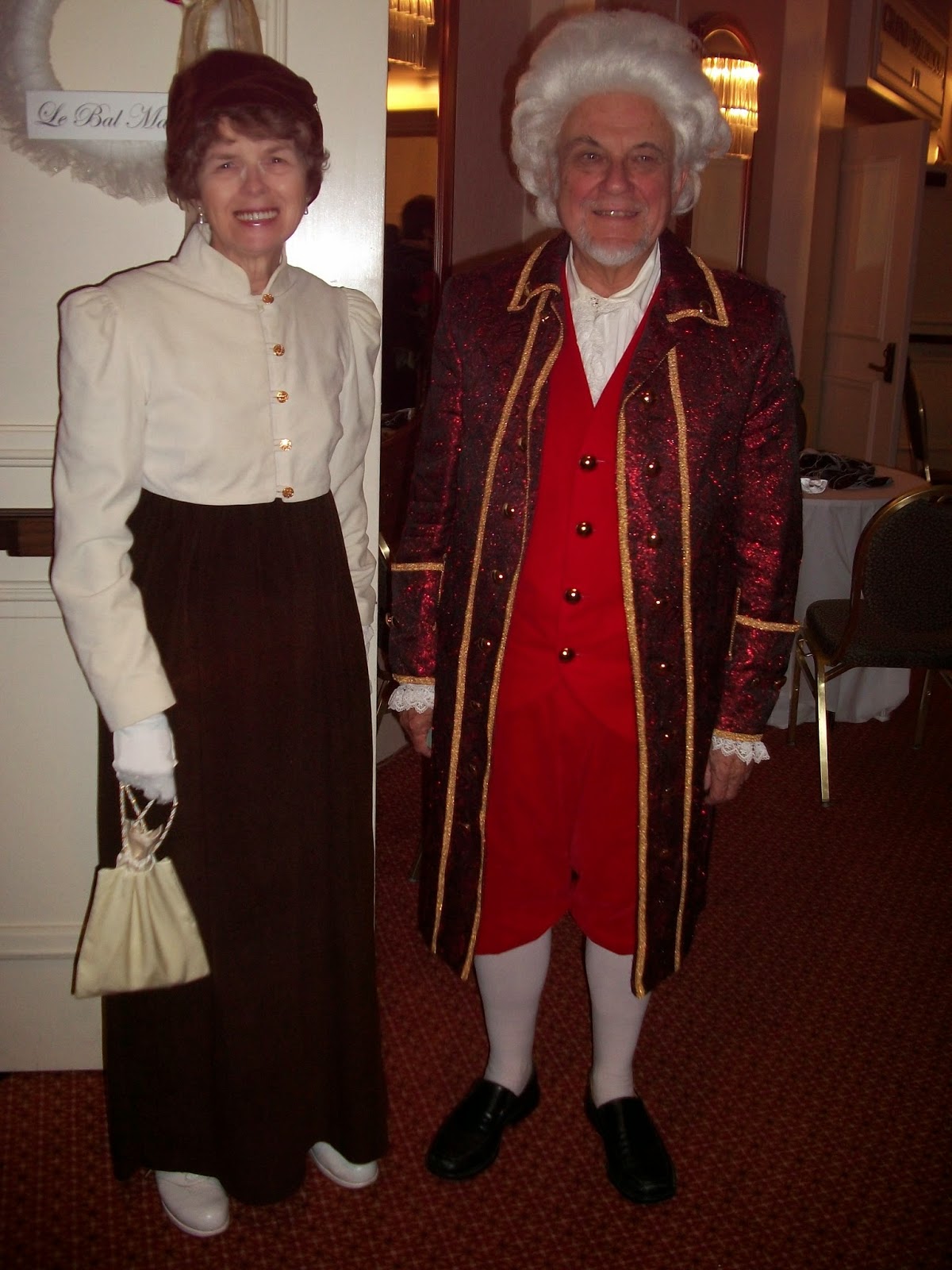 Above: A jolly Georgian male ensemble. 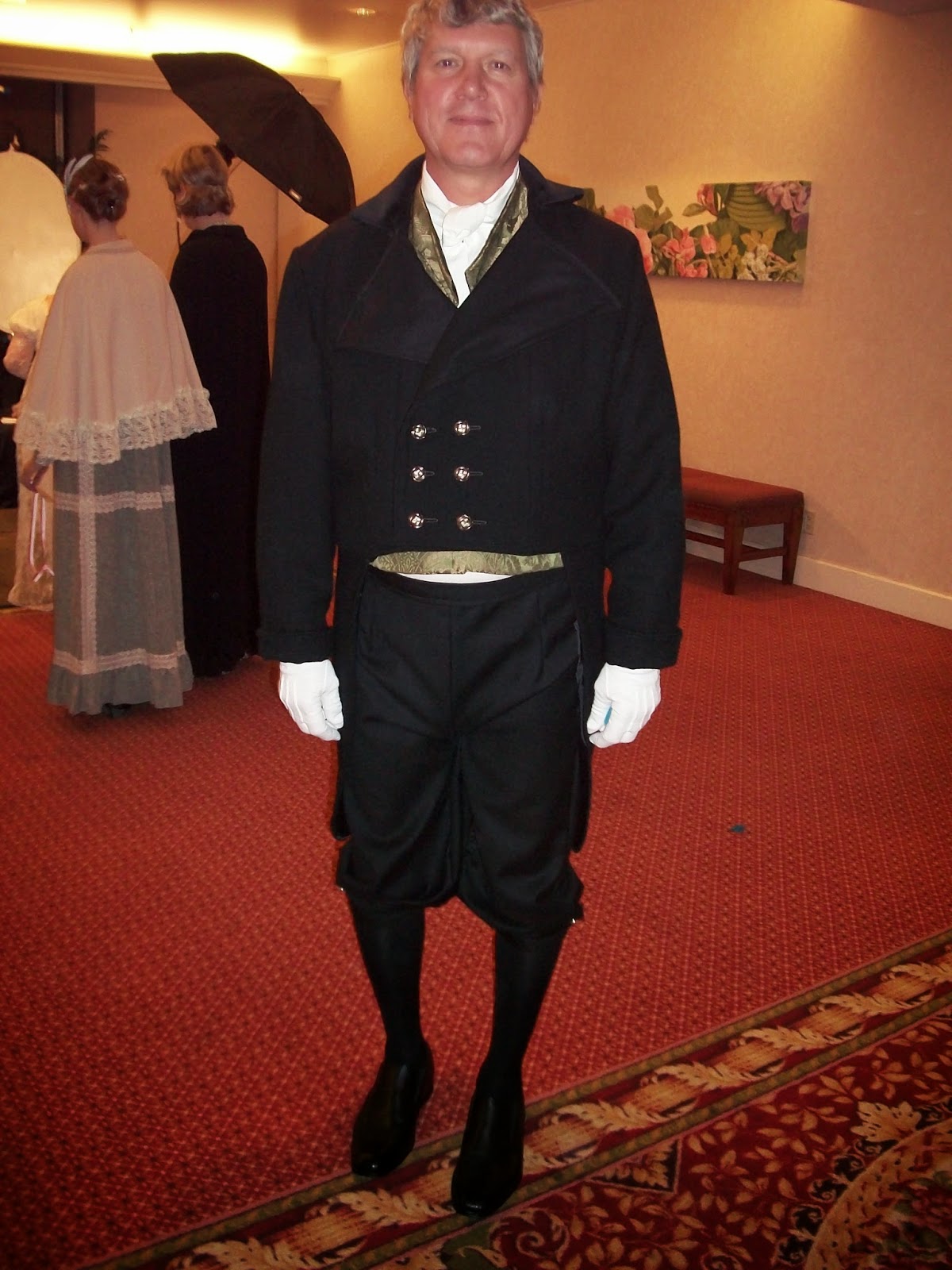 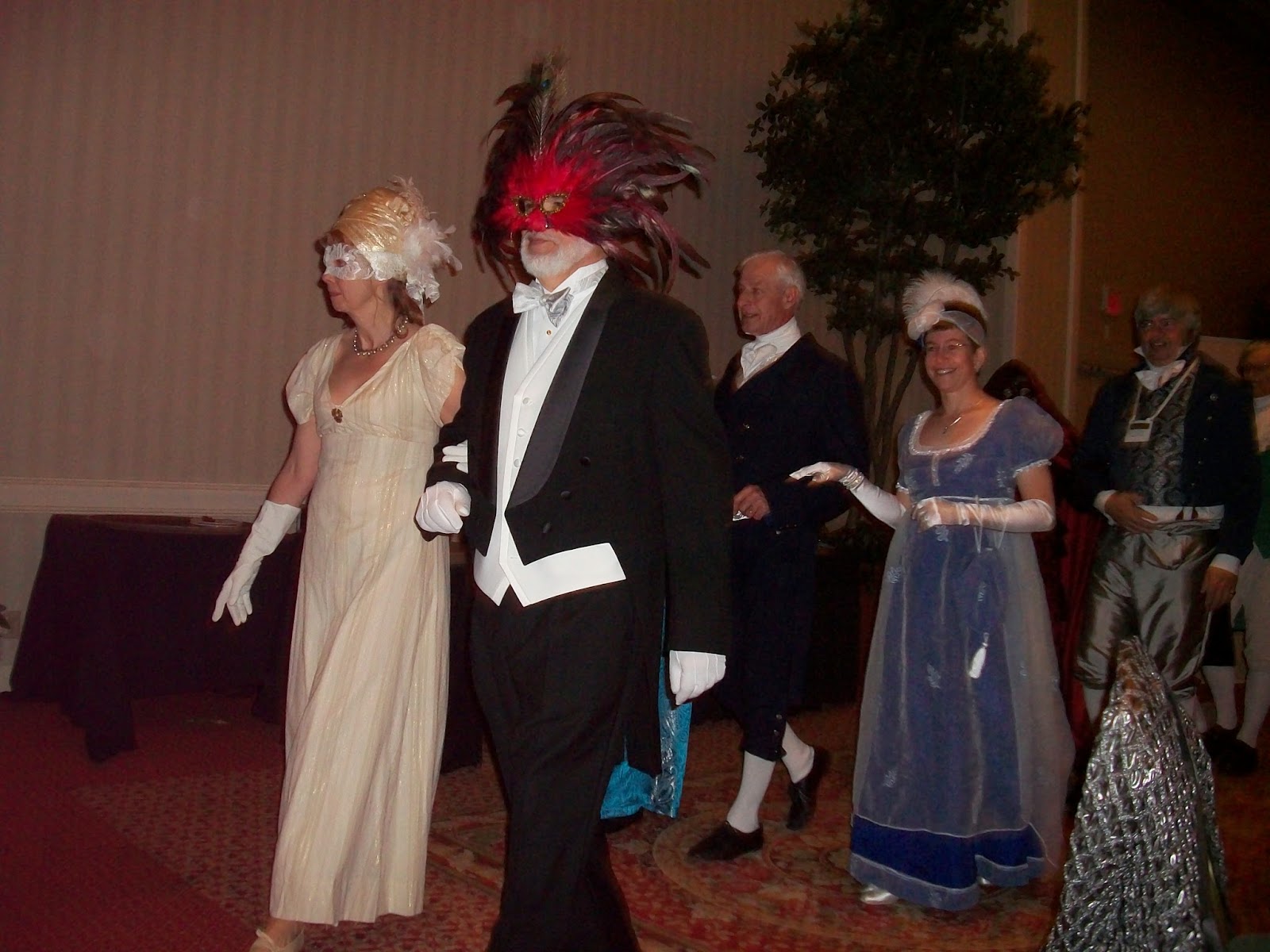 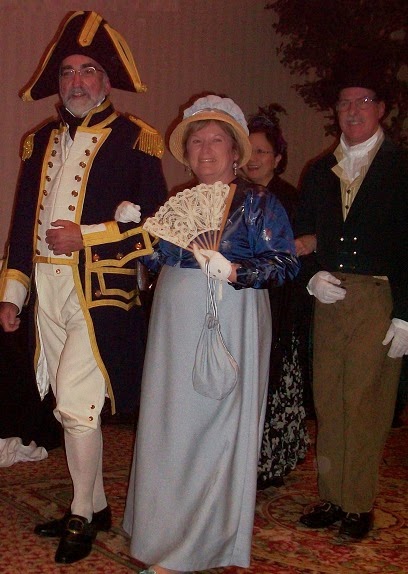 A grand military outfit, including a bicorne hat. 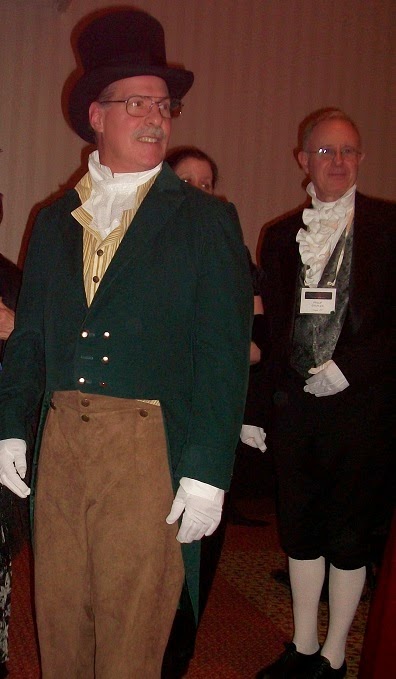 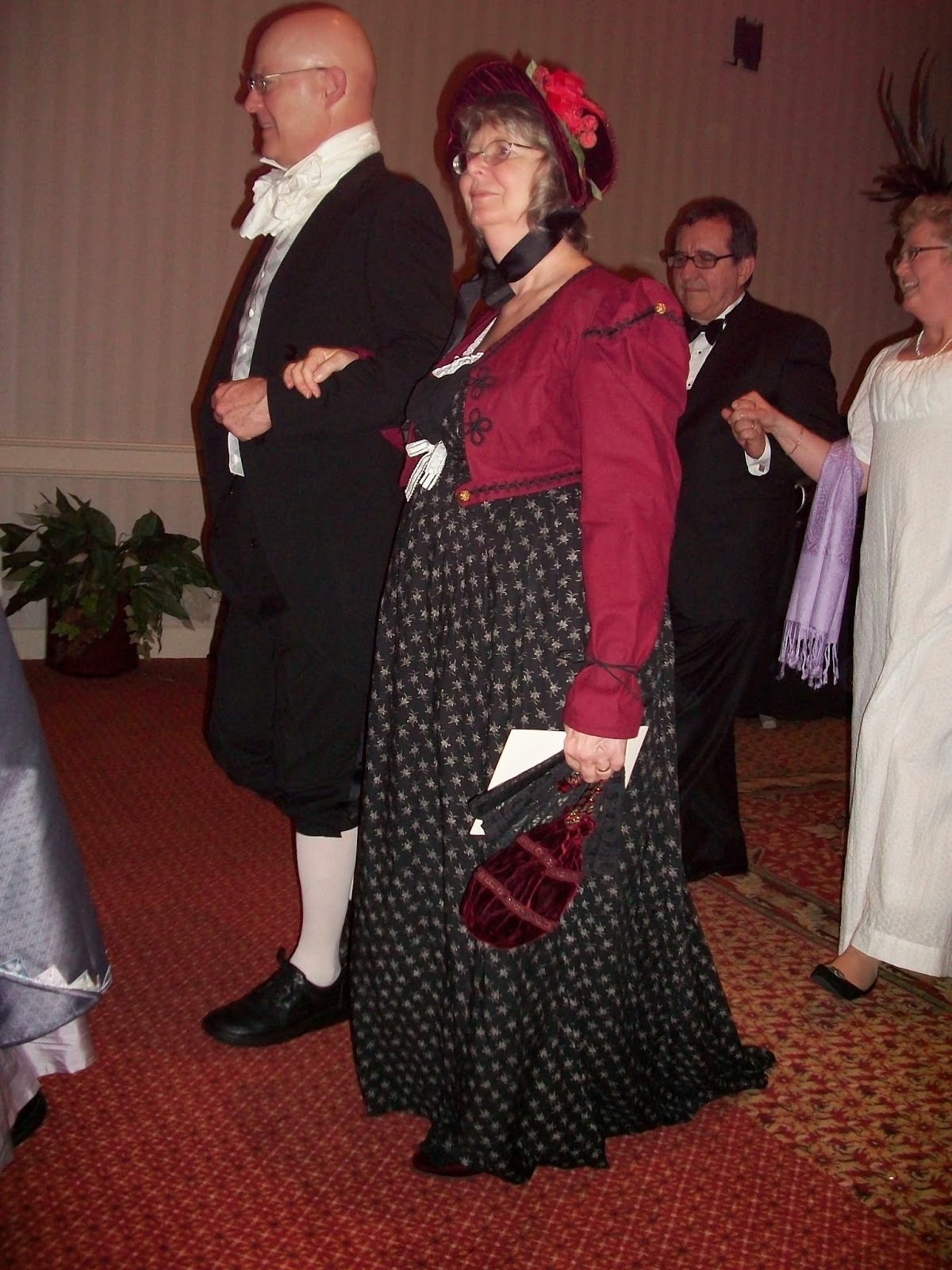 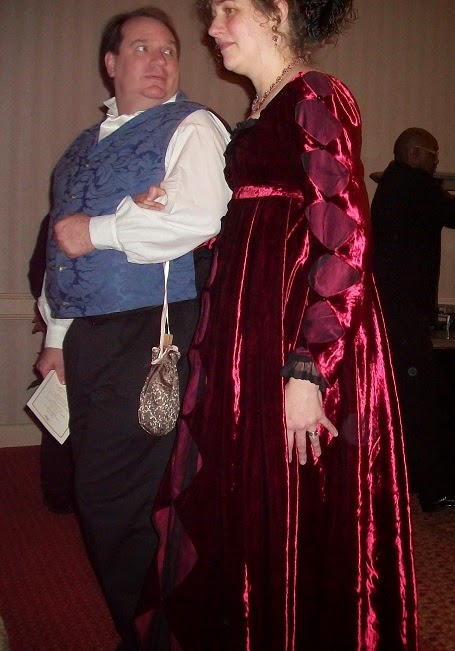 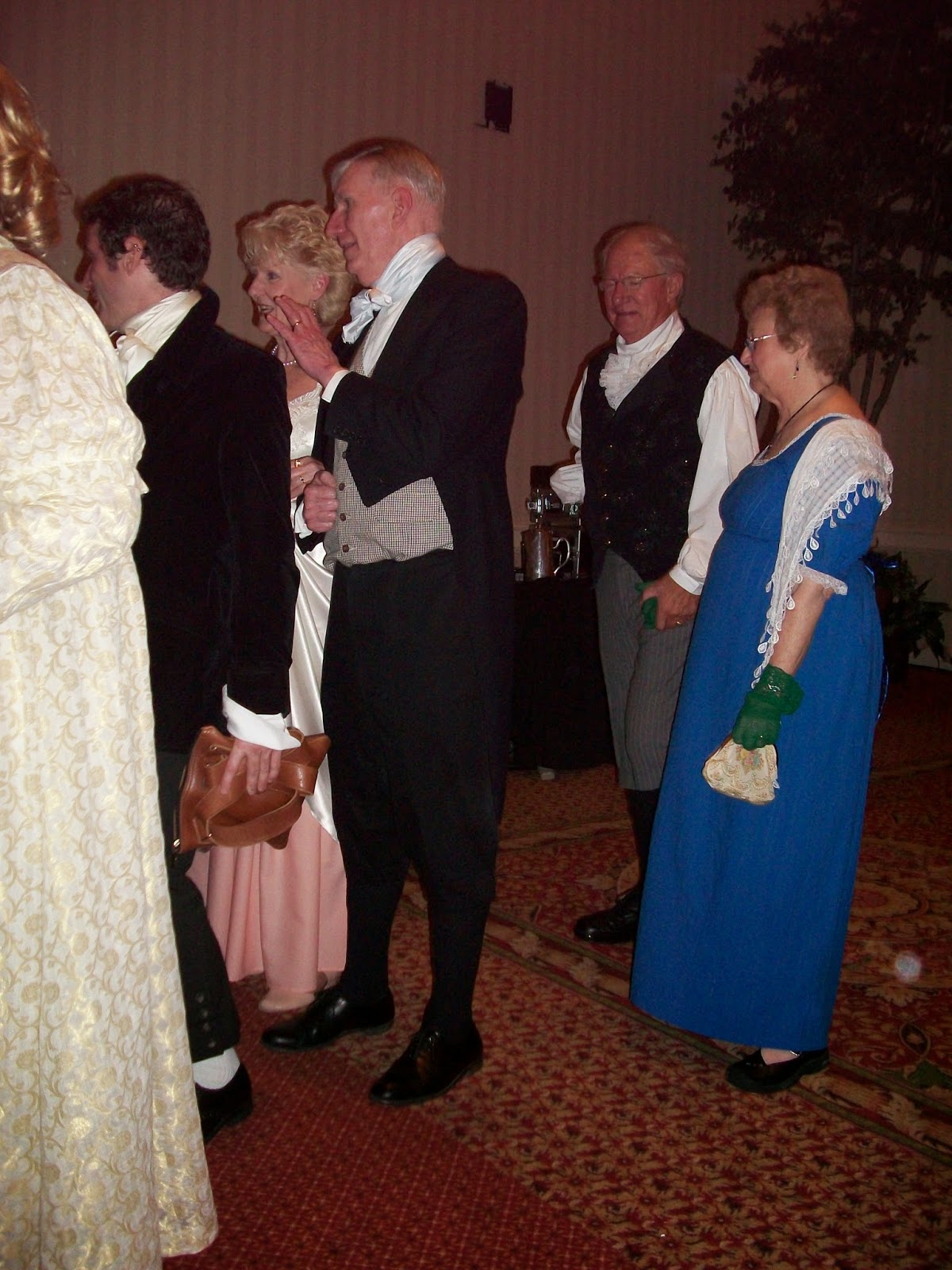 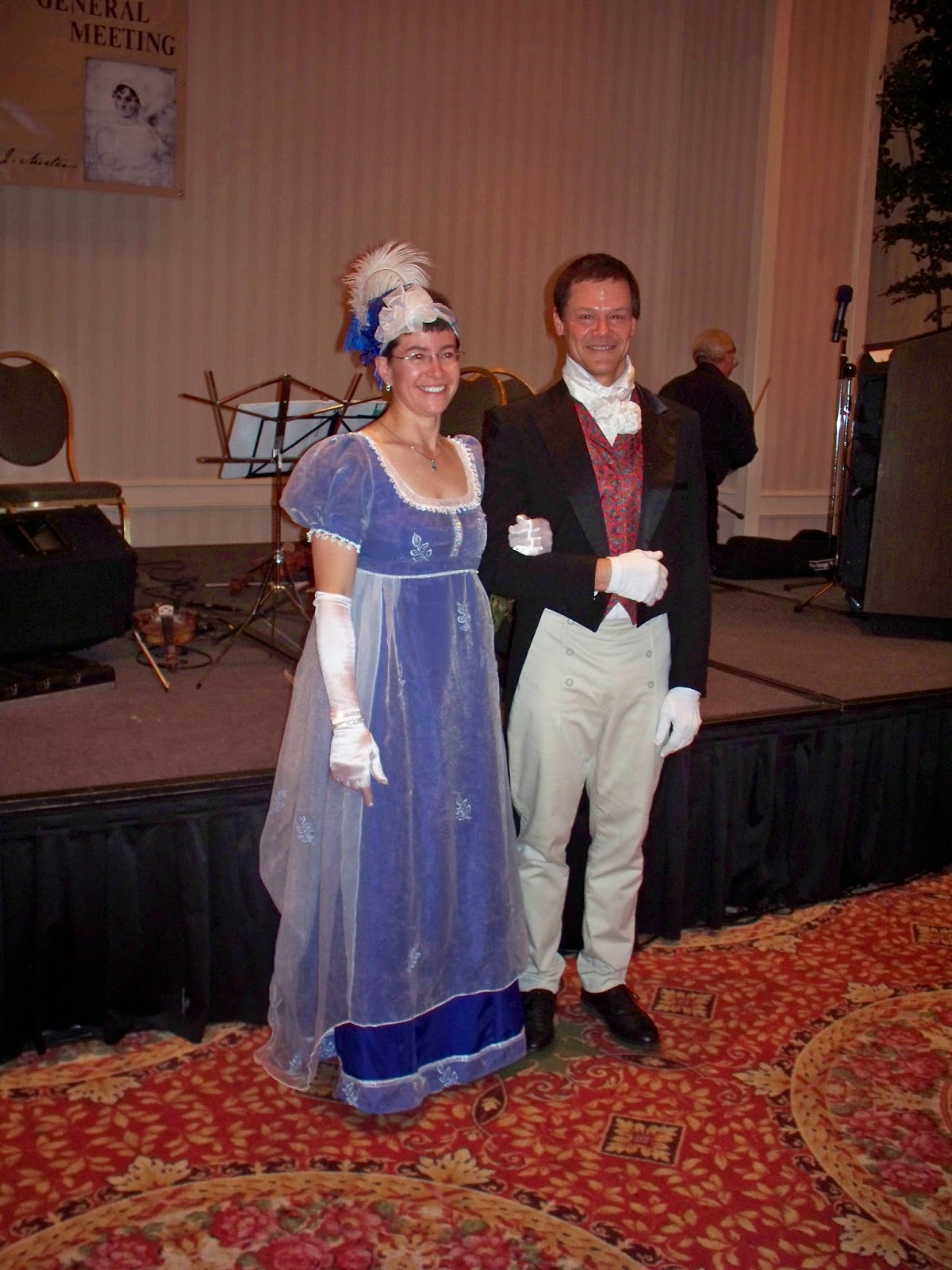 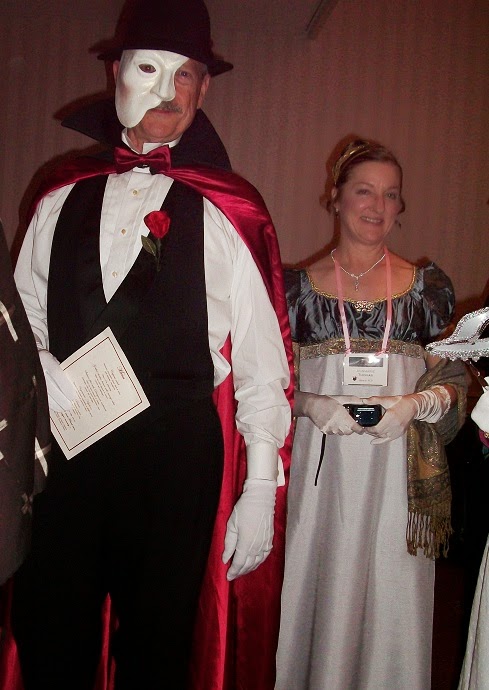 What? What? The Phantom, at our ball? Why not. (So nicely done.)


For more costume fun, check out my "Illustrations of the Month" on my website. I have pictures that are just as rich and atmospheric as the above but which didn't make it into either of my posts here on the blog.
Go to this page and scroll down. Enjoy!

Next Month: Pictures of the dance in progress.  Also look for special emphasis on the exquisite care and workmanship given to the back of a ladies' gown, by the way, as I'll be featuring some close up shots of fabulous examples.

What do you think? Aren't costume balls fun? (And, will they ever welcome me to another one now that I've taken to being the fashion police?) Leave a comment, below, and share your thoughts. And don't forget to enter the giveaway! The winner of my book gets to choose any of my regencies for themselves. 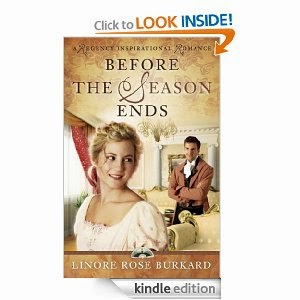 Before the Season Ends: A young woman of faith must navigate the treacherous waters of a London Regency season while fending off the efforts of her wealthy aunt to marry her off to the richest suitor. 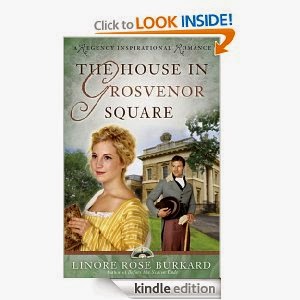 The House in Grosvenor Square: The continuing adventures of Ariana Forsythe in London as she comes up against evil intentions and those who want revenge--not necessarily on her, but through her. (To say more would be a spoiler!) 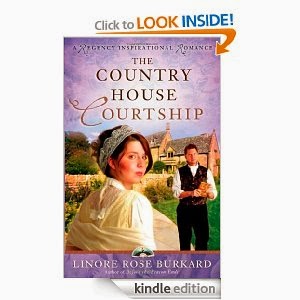 The Country House Courtship: Follow Ariana and her new husband to their country estate in Middlesex, where younger sister Beatrice learns to grow up, finding her own perfect husband in the process.