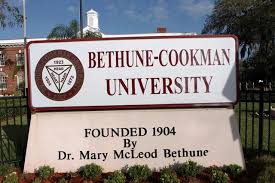 
While I watched Ken Burns’s documentary on the Roosevelts recently, I was delighted to see an “old friend,” Mary McLeod Bethune.  Mind you, I never knew her personally—she lived and died plenty of years before I was born—but I became acquainted with her while writing Great Women in American History.  Allow me to introduce this remarkable woman you.

Her parents, Samuel and Patsy McLeod, were former slaves who ran a cotton farm near Mayesville, South Carolina.  They also had 17 children!  Mary was the 15th of their offspring, born in 1875, 10 years after the end of the Civil War. 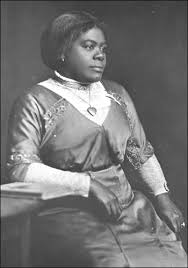 The family business was hard work, and only Mary’s Grandmother Sophia was exempted because she had labored in slavery most of her life and deserved a rest, but she still exerted a strong influence over her family.  Mary often overheard her praying, “Dear God, I am so happy to be living in this loving family, where I can get hot biscuits and butter, and coffee with cream, sitting at my own fireplace.”  Sophia was quite a storyteller, enthralling her granddaughter with stories about what it was like to be a slave on a plantation.  Mary realized, however, that although her people no longer lived in bondage, without proper educations, blacks would continue to struggle.
She vividly recalled a time when she was quite small, visiting a white girl who asked her to play house with her and a friend while Mrs. McLeod did the laundry for a few extra cents.  The girl shoved a doll at Mary to “babysit” while the others had “tea,” yelling at Mary when the “baby” started “crying” because it was spoiling the girl’s visit.  Mary got up and walked around with the doll until she spotted a book, which she picked up, marveling at it. The McLeods owned just one book, a Bible, but no one in her family could read it.  The little white girl noticed Mary holding the book and yanked it out of her hands. “Put that down!  You don’t know how to read!


On the way back to the McLeod farm, Mary wondered what made whites and blacks so different, why one group had so much while the other had so little.  Might it have something to do with education?  She prayed, “Dear Lord, I don’t think we’re so free.  Help me to get educated.”  And she made up her mind then and there that she was going to learn to read.  She asked her parents if she could go to school, but her father told her soberly, “There isn’t any school.”


When Mary was nine, the Mission Board of the Presbyterian Church opened up a school for blacks in the living room of an old shack five miles away, and Mary’s parents decided to send their eager little girl.  Most educational opportunities for blacks at that time came from the missionary efforts of Northern churches.  Mary was an eager student and each night after school, she passed on to her family what she’d learned.  She also helped her neighbors figure out math-related problems concerning their businesses.
Mary yearned to continue her education after graduating at age 12, and her parents gave their enthusiastic approval, but in the middle of planting cotton, their donkey simply dropped dead.  Until the harvest there would be no money to replace the animal, and everyone in the family, except Grandmother Sophia, had to take his or her turn pulling the plow.
On a hot summer day as Mary labored in the field, she saw her former teacher, Emma Wilson, coming towards her, bearing exciting news.  Mary Crissman, a Quaker seamstress from Colorado, had saved up enough money to educate a black child at North Carolina’s Scotia Seminary, a secondary school.  Miss Wilson had chosen Mary to receive the scholarship.  Years later Mary said of that moment:
"Oh, the joy of that glorious morning!  I can never forget it.  To this day my heart thrills with gratitude at the memory of that day.  I was but a little girl, groping for the light, dreaming dreams and seeing visions in the cotton and rice fields, and away off in Denver, Colorado, a poor dressmaker, sewing for her daily bread, heard my call and came to my assistance. Out of her scanty earnings she invested in a life—my life!—And while God gives me strength, I shall strive to pass on to others the opportunities that this noble woman toiled and sacrificed to give me…."
At Scotia, now Barber-Scotia College, Mary completed the high school course in five years, then pursued college-level studies, excelling in public speaking and singing.  She graduated in 1894 and hoped to become a missionary in Africa.  Miss Crissman offered her another scholarship, to attend Moody Bible Institute in Chicago, and it seemed that dream would come true.


While she studied at Moody, Mary McLeod ministered to prisoners and handed out gospel literature, in addition to serving lunch every day to street people and drunks at the Pacific Gardens Mission.  She also sang in the choir.  Although Mary had suffered indignities at the hands of whites, she began letting go of them under Dwight Moody’s benevolent influence.  On an evangelistic trip to the Dakotas, she handled a particularly awkward encounter with much grace.  Just before sitting down to dinner, a five-year-old girl demanded that Mary wash because her skin was so dirty.  The child’s mother was mortified, but Mary smiled and told the little girl, “Look at all the different colors of these flowers, some one color, some another, so that when they are gathered together they make a beautiful bouquet.”
Mary experienced what she called the greatest disappointment of her life when, upon her graduation in 1895, she was turned down by a church mission board saying they didn’t need a black woman serving in Africa.  Instead, she went to Augusta, Georgia where she began teaching at Haines Normal Institute and where Lucy Laney, the school’s founder and Mary’s supervisor, helped the twenty-year-old to understand “that Africans in America need Christ and school just as much as Negroes in Africa.”  Afterwards, Mary took a job at Kindell Institute in Sumter, near her hometown.  She attracted not a fair amount of suitors there, including Albertus Bethune, who had fallen just shy of a college degree when he quit to help put a brother through school.  The two married and moved to Savannah, Georgia so Albertus could teach, and they had their only child there, a son named Albert.  Less than a year after the boy’s birth, Mary had a strong urge to return to teaching herself, so she took over a mission school, in Palatka, Florida.  Her husband predicted it wouldn’t last, but when it proved otherwise, he joined Mary and Albert there.
The institute began admitting boys and adopted a new name, Daytona Educational Industrial Training School, in 1908, and Mary received an honorary Doctor of Science degree from Tuskegee Institute; nine other schools conferred similar degrees upon her.  When her school dedicated its White Hall in 1916, the Vice-President of the United States and the Governor of Florida made speeches, and upon the erection of Faith Hall, Mary began holding interracial services every Sunday afternoon.

Her son, Albert, graduated from Morehouse College in Atlanta and served in World War I while his mother travelled about raising funds for the Red Cross.  After the war and her husband’s death, she returned to full-time teaching.
In 1923, the school experienced another transformation when it merged with Cookman Institute, six years later it becoming Bethune-Cookman College, with Mary as its first President, a post she held until 1942.  She was an ambitious fund-raiser who brought the total enrollment to over 1,000 and the school to full accreditation.  Widely known by then, Mary travelled, making speeches about better race relations, and became a “diplomatic link” between whites and blacks. The National Association for the Advancement of Colored People awarded her its Spingarn Medal in 1935 she said, “I never feel worthy of honors, but they are great stimuli to my strength and faith and courage."
That same year, Mary needed to raise $10,000 to buy a house for a new project, a National Council of Negro Women, which she started in the nation’s capital.  She told friends she planned to asked department store magnate Marshall Fields for the money, and they argued that she didn’t even know Marshall Fields.  “That’s all right,” she said, instructing them to pray for her throughout the day she would attempt to meet him.  She returned with a check for $10,000.


Mary McLeod Bethune also had President Franklin D. Roosevelt’s attention, and the Chief Executive made her administrative assistant for Negro affairs for his National Youth Administration.  This was during the Great Depression, and her mission was to secure part-time work for black students so they could stay in school, as well as jobs for those who were not pursuing a further education.  She once brought the President to tears when she told him how much his program meant to those young blacks, and taking her hands in his he said, “Mrs. Bethune, I am glad I am able to contribute something to help make a better life for your people.”


During World War II (1941-1945 for America), Mary advised the Secretary of War on the selection of black officer candidates for the Women’s Army Auxiliary Corps, and she assumed the vice-presidency of the NAACP.  Mary suffered from severe asthma, and her doctors eventually advised her to slow down, so she reluctantly resigned from the presidency of Bethune-Cookman

College and eliminated some of her other responsibilities. In 1950, she published her biography, and in the forward she addressed young black people:


Because I see young Mary McLeod in all struggling boys and girls, I can never rest while there is still something that I can do to make the ground firmer under their feet, to make their efforts more productive, to bring their goals nearer to make their faith in God and their fellow men a little stronger. . .  I rejoice that in my own way I have been able to demonstrate that there is a place in God’s sun for the youth “farthest down” who has the vision, the determination, and the courage to reach it.

I hope you’ve enjoyed getting to know this extraordinary lady, just as I did when I wrote Great Women in American History, which inspired this story.  Do you know any extraordinary women?  I’d love to hear about them! 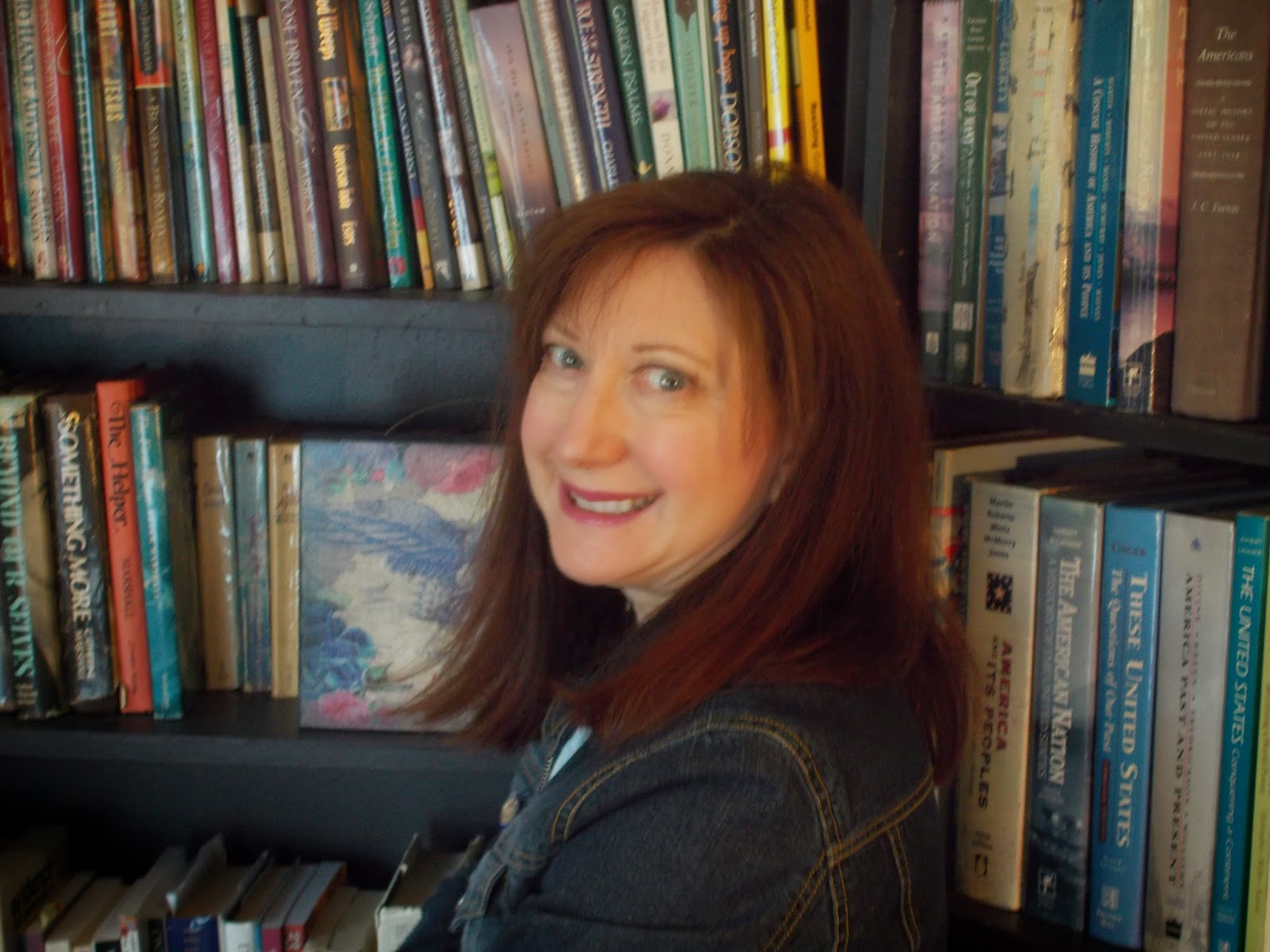 Rebecca Price Janney has been writing about noteworthy Americans since she began publishing stories as a teenager.  Her parents raised her on thrilling accounts of patriots, presidents, captains and the courageous, and it’s her joy to pass down what she’s learned.  She’s the author of 18 published books, including Great Women in American History, Great Stories in American History, and Harriet Tubman, a biography.  She resides in suburban Philadelphia with her husband, son, and a Beta named “Fish.”  She loves addressing all kinds of organizations and groups--for more information visit her website, www.rebeccapricejanney.com.