Gingerbread--From the Dark Ages to Your Christmas Table

Every year during the Christmas season, gingerbread men, women, stars, and trees fill plates and tables across the world. People spend hours baking and decorating gingerbread houses while children fill their mouths with candy that should be getting glued to the houses. You may not realize it, but gingerbread has been around for over a millennium, first appearing in Western culture during the 10th Century.

The first specific record of gingerbread being introduced to Europe tells the story of an Armenian monk who traveled to France, where he then taught gingerbread baking to French Catholics. From there, gingerbread making seemed to spread throughout Europe via monasteries and convents. In England, gingerbread was also known for it's medicinal properties and increasingly sold in monasteries and pharmacies during the Medieval Period.

Queen Elizabeth 1 of England is credited with first serving gingerbread biscuits (or cookies) in shapes resembling plants and animals--and possibly even men. These cookies were often decorated with gold leaf rather than the icing we know today, and elaborately decorated gingerbread figures became a symbol of all things fancy and elegant. In fact, gingerbread bakers were a distinct sect of bakers' guilds who made their livings based on their artistry with the food.

While Queen Elizabeth and the English entertained themselves with their gingerbread figurines, the Germans busied themselves by making gingerbread houses. These houses were usually decorated with foil and gold leaf, and they became synonymous with Christmas--a tradition that has stuck around for five hundred years. Gingerbread houses became even more famous in the early 1800s when the Brothers Grimm penned the story of Hansel and Gretel. Do you remember the giant gingerbread house with windows of sugar that Hansel and Gretel start to eat before the witch found them? 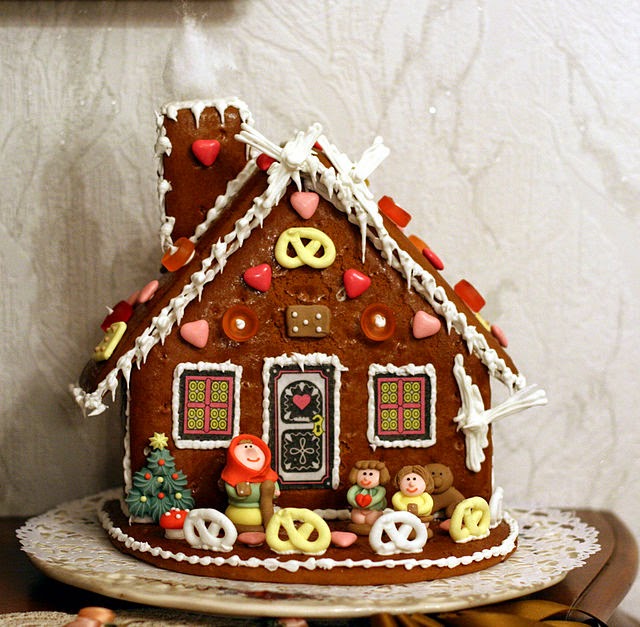 Today the town of Bergen, Norway makes it's own gingerbread town every year, while gingerbread house contests across the U.S. and Europe culminate with people spending hours and hours of time on their beloved structures. The world's largest gingerbread house was constructed in Bryan, Texas, as a charity endeavor to raise $200,000 for the children's floor of a local hospital. The house required a building permit and was built much like a normal house with a wooden frame, but over 4,000 bricks of gingerbread were used for the walls. 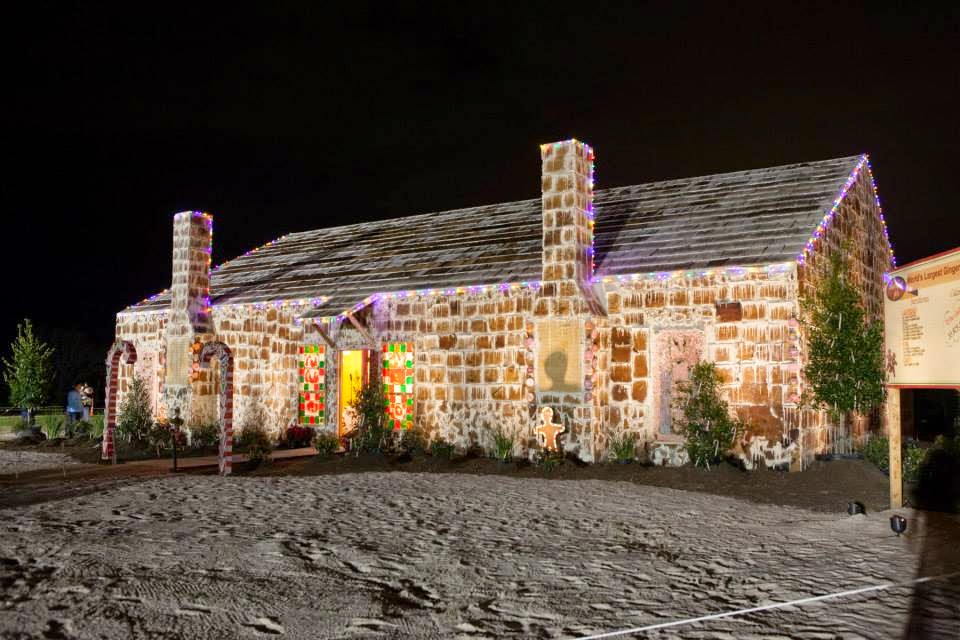 So what about you? Is gingerbread part of your family's holiday traditions? Do you have any special memories revolving around gingerbread? I'd love to hear them in the comments below.


~.~.~.~.~
A mother of two young boys, Naomi Rawlings spends her days picking up, cleaning, playing and, of

course, writing. Her husband pastors a small church in Michigan’s rugged Upper Peninsula, where her family shares its ten wooded acres with black bears, wolves, coyotes, deer and bald eagles. Naomi and her family live only three miles from Lake Superior, where the scenery is beautiful and they average 200 inches of snow per winter. She is looking forward to the release of her fourth novel, Falling for the Enemy, in January 2015. For more information about Naomi, please visit her website at www.naomirawlings.com.