“The temple I frequent is high, a turquoise-vaulted dome--the sky.” (Omar Khayyam) 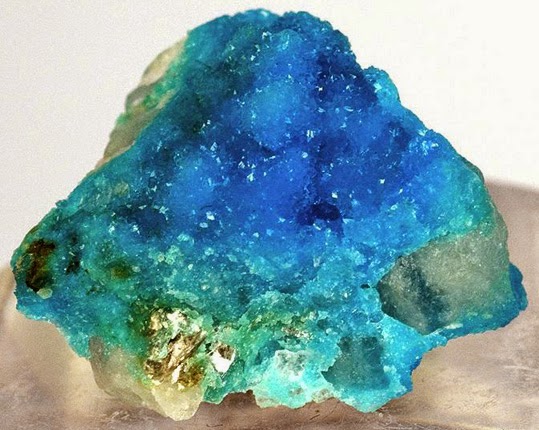 Turquoise gem production depends on the whims of nature for its formation. There’s not a lot available.

The source of turquoise chemically is hydrous phosphate of copper and aluminum. Some think of it as petrified water. As water filters through rocks, it evaporates and dissolves minerals. After eons of this process of weathering and oxidation, at times veins of shades of blue and green stones materialize.

More than 2,000 years ago, Persia (Iran) mined this stone known in that region for its pure robin's egg blue color. Early American tribes such as the Aztecs, Pueblos, Navajos and Apaches cherished the stones for mystical protection and empowerment. Mexicans and Spanish explorers considered turquoise a worthless rock. The Navajo turquoise jewelry making inspired by Europeans and based on Pueblos mining skills increased its popularity.

Today turquoise worldwide is rare. Here in the States, it's hard to find. Deposits are usually not very large and may yield for only a few months or years. Most in the U.S. discovered in Nevada, mainly in Esmeralda, Mineral, and Nye Counties. Even there, mining as a rule is done on a small-scale operation. And mainly by families.

Nevada turquoise comes in various shades of blue, blue-green, green-blue, and green, all of which are 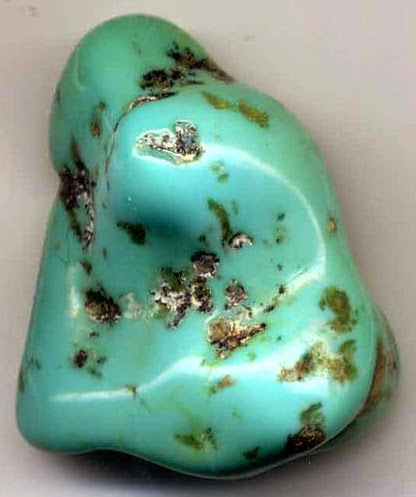 Turquoise is a strange stone to value and depends on customer preferences, the region, culture and traditions. Some like them green. Others want blue. There are shades in-between and mottled varieties. Spider web markings display brown, black, red or gold webbing.

The small central town of Austin, Nevada claims to be the unofficial turquoise capital. It has several jewelry shops with rough and cut stones available. Many
modern day cowboys throughout the western states wear turquoise bolo ties.

While most turquoise jewelry crafted is set in silver, in my WIP Wind in the Wires, a squash blossom necklace made of gold and turquoise has almost priceless value and plays a prominent part of the mystery and intrigue in the story.
~~~~~~~~~~~~~~~~~


Janet Chester Bly has authored and co-authored 31 fiction and nonfiction books. She is the widow of award winning western author Stephen Bly. She and her three sons finished Stephen's last novel, Stuart Brannon's Final Shot. Read about their story here: http://www.blybooks.com/category/finishing-dads-novel/
Website: www.BlyBooks.com
Her current and first solo adult novel project, Wind in the Wires, Book 1, Trails of Reba Cahill, is scheduled for November 15th release. Sign up for her newsletter for more details and opportunities for giveaways on the blog tour: http://bit.ly/1i82Kah All new subscribers will also receive by email a preview of Chapter 1. Below is a photo of a turquoise and gold squash blossom necklace similar to the one featured in Wind in the Wires...
Posted by Janet Chester Bly at 2:00 AM