December brings fond memories of holidays past. Today, I want to share with a different Holliday. ;)  I hope you enjoy.

A few years ago, back in 2009, the girls wanted to go to the museum. I love the museum but after you’ve seen it many, many time, the thrill kind of wears off. I couldn’t resist the pouty faces and the bouncing begs? I mean this was history after all, right?

Besides, they were advertising the Cyrus K. Holliday!

Now, I knew the museum had a train, I just hadn't realized it was my train. All right, so it wasn't my train since the two I use in one of my manuscripts are Locomotive No. 1 and Locomotive No. 2. The one at the museum is Locomotive No. 132, but since I haven't been able to find pictures of No. 1, No. 132 will have to do.

I believe the red photo below is No. 1, the trains look exactly alike, except for the No. (Just look at that lock ;) 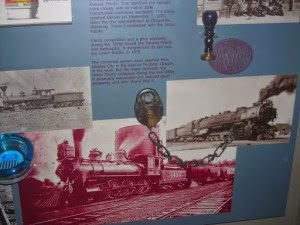 The bright 132 was painted around the dome. I'm not positive what this was used for, but it seems to be where the whistle is located. 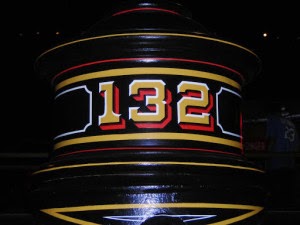 No. 1 didn't consist of private cars, but this one had one. 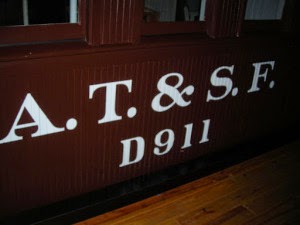 It's a bit dark, but this is a picture of the smokestack. 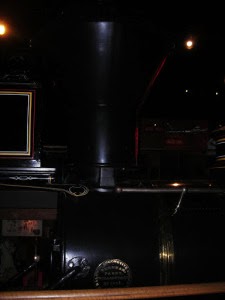 The lantern. Not only was the lantern used for the conductor to see further down the track, but also to warn people of a coming train. 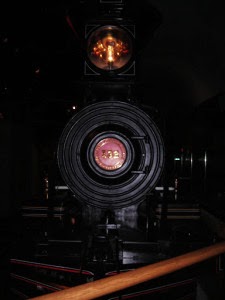 Interesting, do you know what this is called? A cowcatcher. 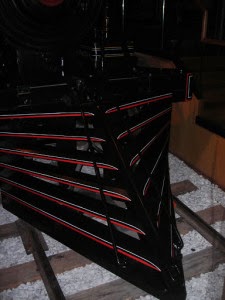 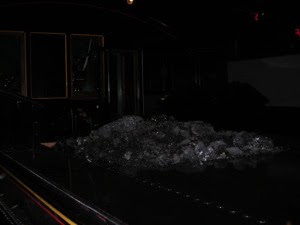 A look at the passenger car. When No. 1 first began to roll toward Wakarusa and Carbondale, Kansas, it carried one passenger car. The afternoon excursions were so popular they added a second. Stories tell folks exited the train, had themselves a picnic while the rail workers turned the train around, and then got back on for the return trip. 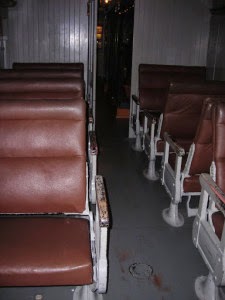 As you can see there are four seats. I can't imagine putting any more than sixteen passengers in this car. 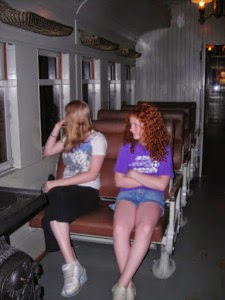 Not sure I'd enjoy sitting in the first row. The heat radiating off the stove would have been intense. 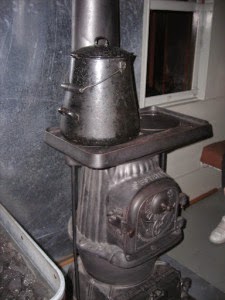 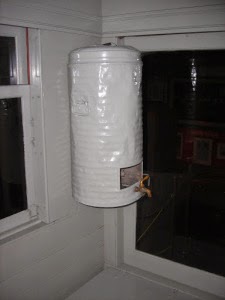 These are compartments above the seats. They weren't very big, my laptop would fit in there but not much else. 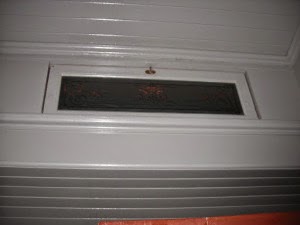 I loved these baskets. And do you see the etching on the glass? I didn't notice it until I was going through the pictures. 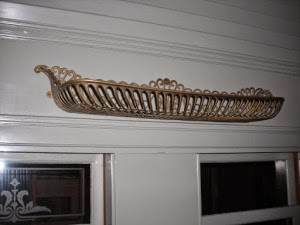 They thought of everything. I wonder if a train caught on fire and that is why they have the vent holes above the lamps. 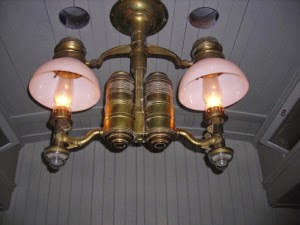 Does she look sinister, or what? 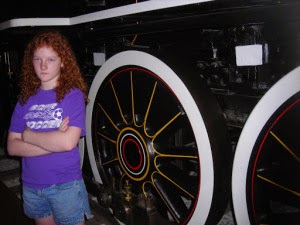 She's been daydreaming about robbing a train in the old west ever since. ;) Five years later and her favorite show is still Gunsmoke and Rifle Man.


Did you know that the smaller wheels in front of the driving wheels were called bogie wheels? They were invented by U.S. engineers so the trains could maneuver the sharp curves on the rugged terrain.

Christina writes historical romance set in ancient Judah and Kansas. She's published with Love Inspired Historicals. You can find more about her at threefoldstrand.com