A friend to honesty and

a foe to crime


Born in Glasgow, Scotland in 1819, Allan Pinkerton might never have followed in his policemen father’s footsteps had it not been for a chance encounter.

A cooper by trade, he ran afoul of the law because of his political affiliations and he and his wife fled Scotland and ended up in America. After settling in Illinois, he dreamed of monopolizing the cooper manufacturing company in the region and called his company Pinkerton’s One and Original Cooperage of Dundee.


FATE INTERVENES
While cutting down poles for his barrels, he came across a counterfeiting ring. He reported his discovery to the sheriff, who immediately deputized him to help find the leader.  Allan set up a sting and caught him.  The Cook County sheriff was so impressed he offered Allan a job.

Allan eventually decided to start his own detective agency, the only one of its kind, and the Pinkerton National Detective Agency became reality. The agency’s “seeing-eye” logo  inspired the phrase private eye.

The Pinkerton name became a household word when he prevented an assassination plot on President-elect Lincoln.  Lincoln then hired Allan to organize the Secret Service to stop counterfeiting.


MANY THINGS TO MANY PEOPLE
Allan was accused of being both a traitor and a patriot. He was also innovative and many of his methods are still used to today. The first to use photography as a crime-fighting tool, he collected what he called mug shots and newspaper articles, and organized files on every known criminal in the country.


PETTICOAT DETECTIVES
He was also ahead of his time in other areas as well and hired his first female detective Kate Warne in 1852. He thought she was applying for a secretary job but she soon relieved him of that notion. Oh, to have been at that meeting!

Quick to see the advantage of female detectives, he put her in charge of the Pinkerton Female Detective Bureau formed in 1860 to ‘worm out secrets’ by means unavailable to male detectives. Unfortunately, most of the information pertaining to this bureau was destroyed in the Great Chicago Fire, so we'll never know exactly how those lady detectives wormed out secrets.

FROM FAME TO SHAME
What we do know is that at the height of its existence, the Pinkerton Detective Agency employed more agents than the United States army.
Can you imagine having to track down criminals without benefit of DNA, fingerprints, security cameras, Facebook, cell phones or computers? But that’s exactly what those early gumshoes had to do and yet, they almost always got their man and, in some case, their woman.

Their heavy-handed and sometimes ruthless pursuit of criminals like Jesse James (which resulted in the death of a child) earned the agency a bad reputation and tarnished the Pinkerton name. Several states passed anti-Pinkerton laws, which prohibited the hiring of private detectives. Allan fought back by publishing more than a dozen books in an effort to set the record straight.

Who is your favorite literary, movie or TV detective? 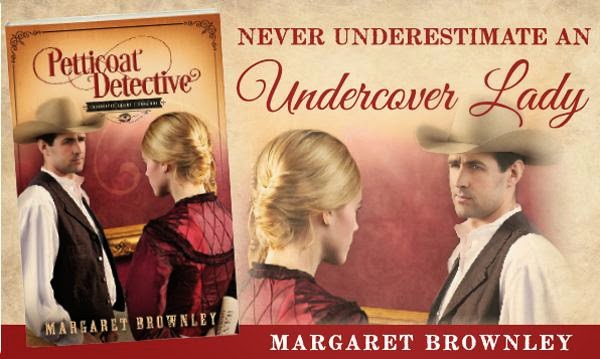