Last year about this time, I had the opportunity to revise a proposal originally targeted for the 12 Brides of Christmas Collection to fit The Homestead Brides Collection for Barbour Publishing.

My original concept needed very little tweaking. All I had to do was move the story to a little earlier in the year, but still have my characters travelling later than they’d like, and give them a ticking time bomb. In researching the Homestead Acts of the late 1800s, I ran across this little tidbit in a Burlington & Missouri Railroad pamphlet, "Soldiers and sailors who served in the war are entitled to a homestead of 160 acres wherever they can find it; and they can locate their claims through an attorney, but must commence residence within six months after the entry."

I used those guidelines to up the ante in my novella and that six months rule gave me the ticking time bomb I needed, and the story became This Land is Our Land (Homestead Brides Collection) releasing February 1st.

This particular pamphlet from the B&M Railroad provided information for settlers interested in land in Iowa and Nebraska in 1878. It included a list of land agents, where they were located, acreage, prices, drainage, crops yields, rainfall, social activities, and a host of other fascinating details. It was over 50 pages long. The B&M RR was clearly courting the American public!

The pamphlet said about Nebraska in 1878, “PUBLIC IMPROVEMENTS have progressed and are now well nigh complete. Railroads are plentiful for a State so young. Good wagon roads are found everywhere. Bridges, School Houses and State buildings have been built, and most of these improvements are paid for.”

“The social, educational and religious elements are the wonder and admiration of all new comers, and would do credit to a country twice as old. Schools and churches are found everywhere, and law and order are as safely established here as anywhere in the world. The population is mainly composed of people from the Eastern and Middle States. The rowdy element has never obtained a foothold in Nebraska.”

The pamphlet went on to say that the crops of 1877 were “simply immense” and that in the diversity of products raised in Nebraska, there has been “success in everything, and failure in nothing.”

While the above statement had me raising my eyebrows, every county in Nebraska was listed showing crop yields for 1877. Lancaster County’s was typical…

The pamphlet had several glowing reports like the one below from Iowa and Nebraska residents of the time. It also describes the variations in the states and how different regions were more suited to certain crops and for raising cattle.

“Mr. Christian Holock, writes from Fairmont:—Early in life I was a cabinet maker in New York city. Times were bad; employment for mechanics scarce, and wages low. I did what multitudes of mechanics might do now: I quit cabinet making, and turned to farming. I farmed in New York and Illinois, and did not find it easy work. In 1866 I arrived here a poor man. I had a span of old horses; a wagon in which was my wife and six children; a cow, two little pigs, provisions for sixty days, and just money enough left to buy me a stirring plow. It was in June, 1866, that I homesteaded 160 acres ten miles northeast of Fairmont, and for some years my farm was not Eden. But read my statement and you will see that I have a reward for all my toil. The first winter we had short rations, and three weeks our food was boiled corn. In the spring I had to borrow four bushels of seed wheat, and planted three acres, harrowing the field with a branch of a tree! I had ninety bushels of wheat which gave us bread for Sundays and holidays, and biscuit when a neighbor sat at our table. These were tough times; but next year I could sow 7 3/4 acres; and since that harvest we have had bread sure, and meat, potatoes and vegetables enough and to spare. What is my position now? I own 320 acres, 160 of which I purchased of the B. & M. R. R. Co.; and, of the 320, this year, 1877, I have had 90 in wheat, 10 in barley, 12 in oats, 14 in rye, 50 in corn, and 5 in potatoes. I have a good yield of small grain stacked; and a better promise than ever for corn. I have a good board-fenced garden about my house, with thrifty forest and fruit trees, and grape vines in bearing. I am out of debt; and own a reaper and mower and Marsh-harvester. I have a fanning mill, a corn sheller, two corn cultivators, two harrows, four plows, seven milch [sic] cows, twenty young stock, fifty to sixty hogs and pigs, and three teams of horses. My buildings are: milk-house, stable, two granaries, good log-house, and good frame-house, the latter 1 1/2 stories, 24x32, and well finished throughout, which I built last spring. I will neither go east nor west, but stay right here; and $10,000 would not buy my farm improvements. As for the railroad land, I would not give the B. & M. Company the crops grown on it this year for a clear deed.” 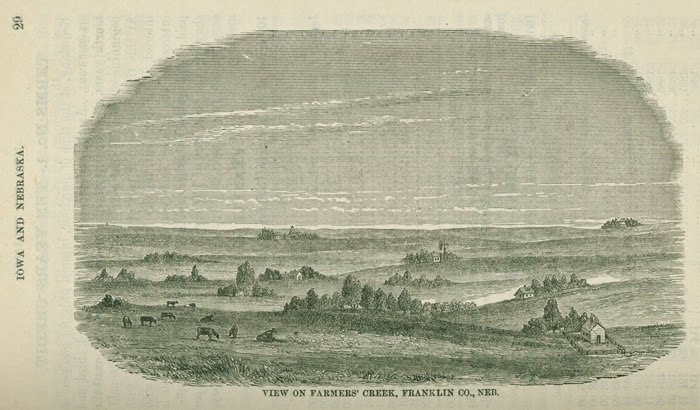 The soil is rich and “absolutely inexhaustible” and very easily worked and can be plowed within hours after the heaviest of rains, but it also holds moisture and gives it back to the plant root. (Hmmm, must think on that a bit.)

Honestly, this pamphlet was so glowing that I was ready to pack my bags by the time I finished reading words like exhilarating, temperate and healthful, the atmosphere dry and pure, crops in abundance, no fever or ague, plenty of rain—but not too much. “The winters are short and mild, and it is a matter of fact, that with the exception of here and there a few days, stock can and do graze out the winter through. They require and ought to have shelter during the winter nights, but a large portion of the winter is made up of warm sunny days, during which stock browse upon the prairies, or among the cornstalks, instead of being shut up in close stables.” 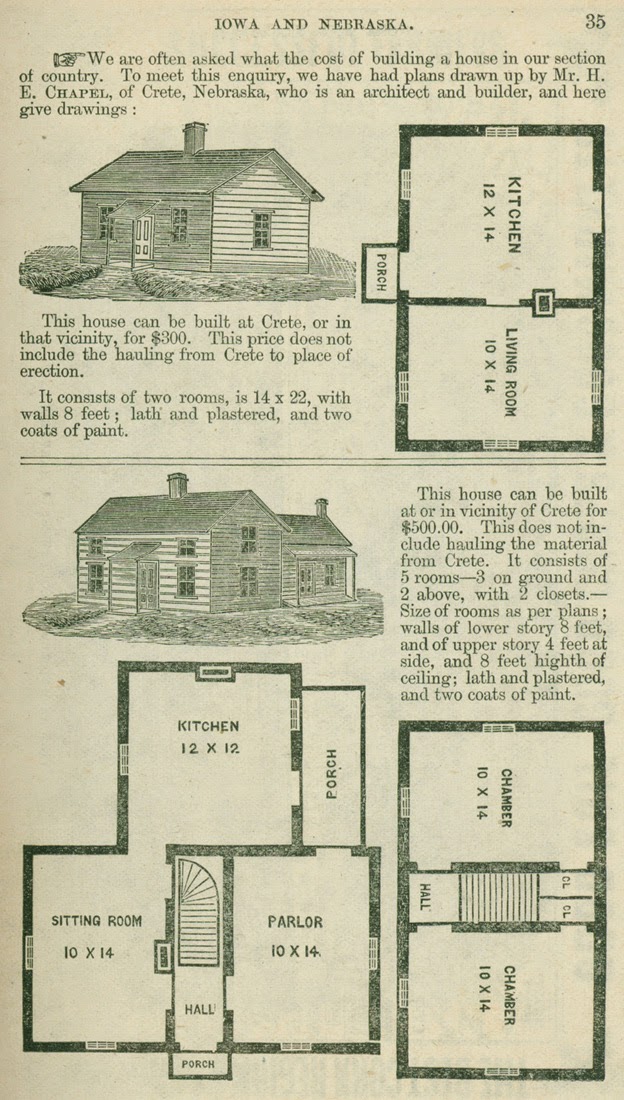 TOWNS, VILLAGES, CHURCHES AND SCHOOLS….energetic and thriving
COAL, WOOD, AND TIMBER….plentiful
RAIN FALL… average of 38.3 inches
WATER AND STREAMS….ample, the purity and softness is proverbial
THE LAWS OF NEBRASKA
HERD LAW
ELEVATION ABOVE THE SEA…perfect drainage is insured, and malarial influences are impossible.
UNPRECEDENTED GROWTH
GOVERNMENT LANDS
HOMESTEADS
HOUSE PLANS including COSTS TO BUILD

Regardless of whether the B&M Railroad used a bit of propaganda to tout the amazing advantages of emigrating to Nebraska and Iowa in the late 1800s, the 52 page pamphlet was chock full of data and well-documented details, so they spent a lot of time, money, and research to get their facts as accurate as possible.

After reviewing this pamphlet in more detail, I’m feeling quite proud that I advised my characters in This Land is Our Land to move to the outskirts of Lincoln, NE.

If this topic fascinates you as much as it did me, the entire pamphlet can be found here. 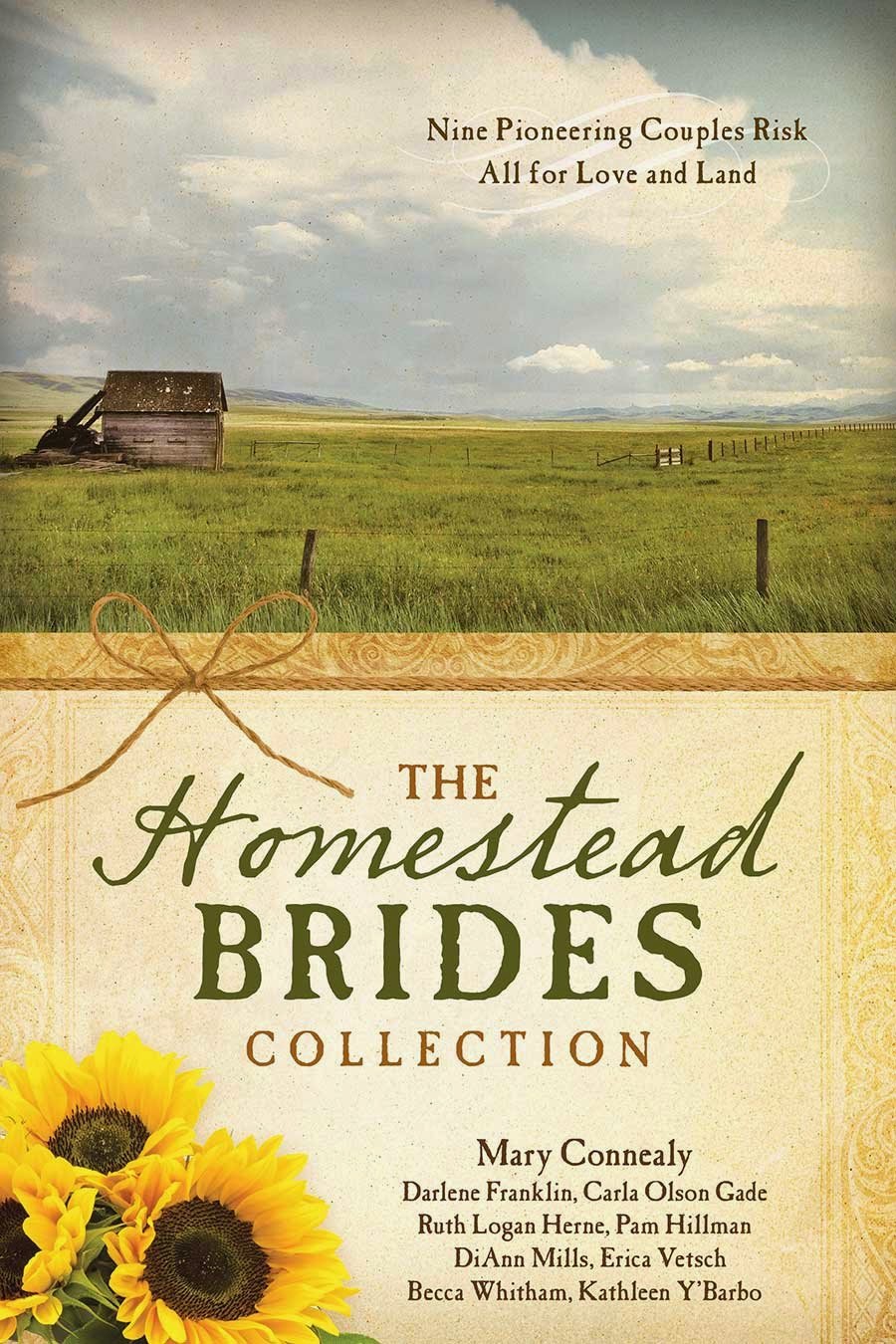 Caught in an early blizzard, orphan Mollie Jameson is frantic to make it to Lincoln, Nebraska to claim land her father homesteaded six months ago. Lasso McCall is foot-loose and fancy-free, with nothing but his horse and his gear to tie him down. Then he runs smack-dab into Mollie, her brothers and sisters, and her grandfather, a fiery preacher toting a Bible as big as he is. What’s a cowboy to do? Well, Lasso lives up to the cowboy reputation and herds the entire lot of them out of the cold and into an abandoned cabin to wait out the storm. As the storm swirls around them, so does love—and more than one heart ends up being lassoed before story’s end.
Posted by Pam Hillman at 12:01 AM

Email ThisBlogThis!Share to TwitterShare to FacebookShare to Pinterest
Labels: 1800's, Home on the Plains, Pam Hillman