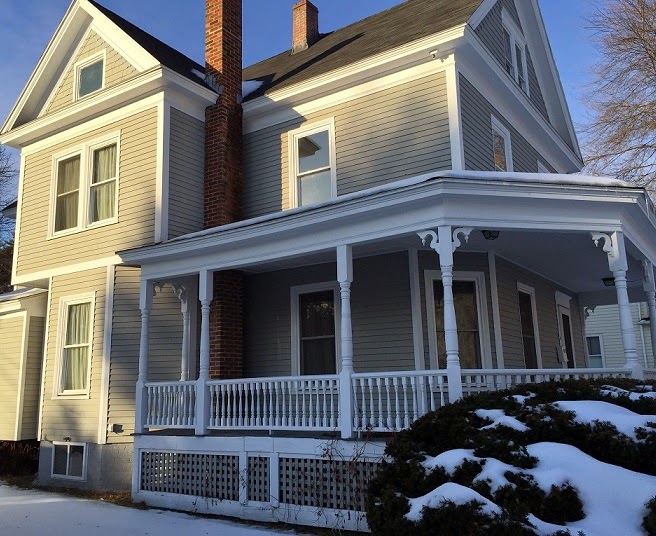 Our family just moved to a new home. What a monumental job it was transferring all of our worldly goods from one place to another. Fortunately for us our migration was only a few miles away so it was a relatively easy transition. But it made me ponder what moving was like for many people in years gone by.

In my story "Proving Up" in Homestead Brides that releases in February, my main characters are Swedish immigrants who helped settle the real town of Swedeburg, Nebraska. Moving was no light task for people back in those days and they had to re-establish their lives and livelihoods all over again.

Many folks sailed to America with little more than the clothes upon their backs and a few treasured possessions. Some carried a traveling chest containing all of their worldly goods. Certain cultures hand painted their trunks to identify them. Others used "steamer trunks". I used cardboard boxes, but of course I wasn't moving overseas. 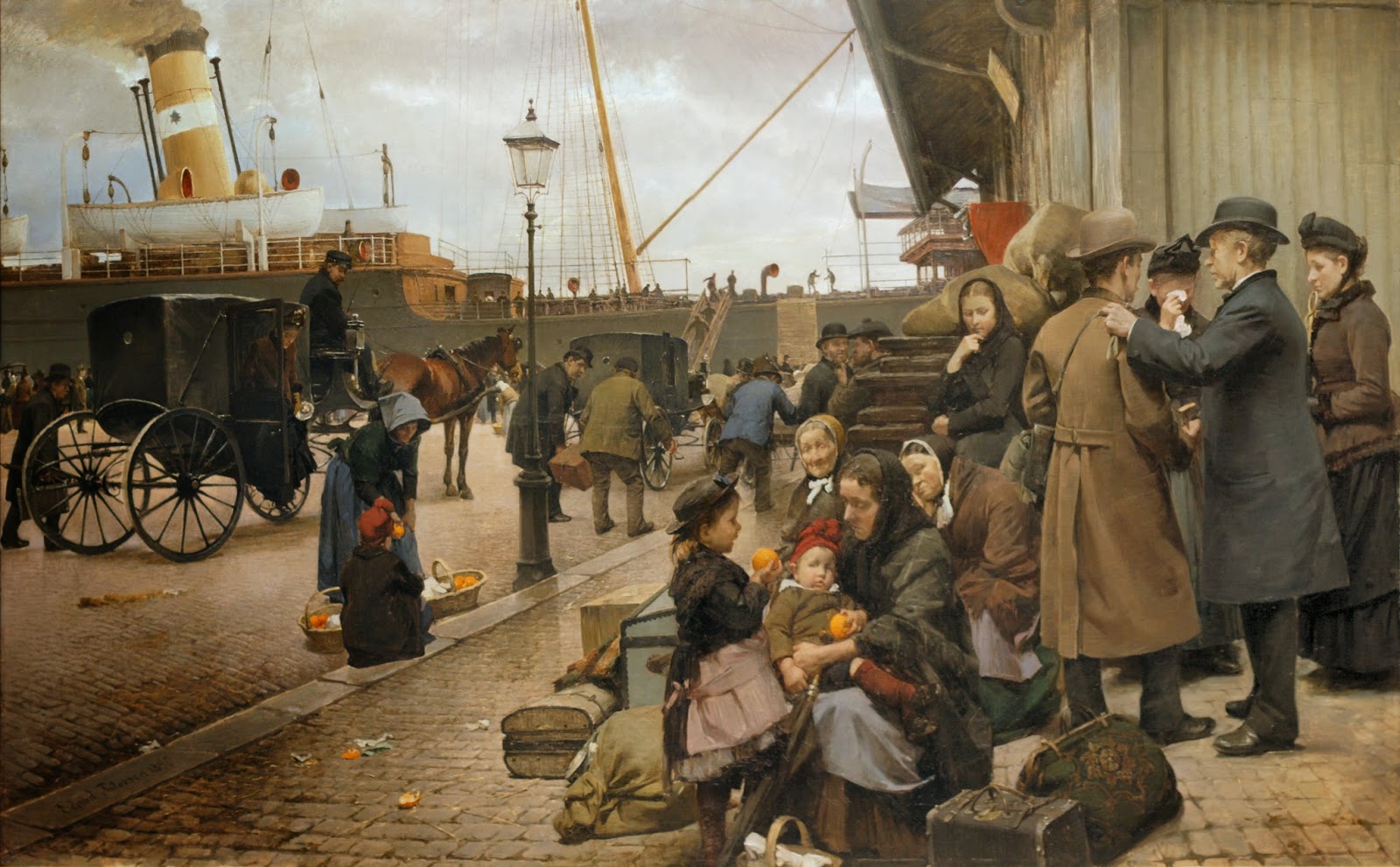 People have always moved in dribs and drabs, but there have been many waves of immigration to America such as those of pilgrims to Jamestown and the Mass Bay Colony, The Great Migration of the early 1600's, the Irish Potato Famine Immigration, and the many who came through the major ports like Ellis Island in the age of steam. There have also been periodic movements of migration such as Manifest Destiny, and other periods of westward expansion like during the Gold Rush and Homestead Acts. And there are many reasons historically that have allowed for migration such as treaties and improved transportation. 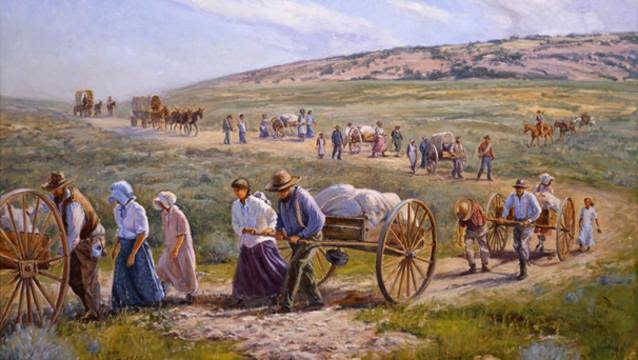 There was no U-haul back in day, but people moved by ship, locomotive, wagon, and even on horseback or foot. Many migrated in groups by wagon train, an arduous journey over untamed land, even providing their own "horse power". At times loads had to be lightened and many valuables where lost along the way.

There have been times throughout history where people have been relocated against their will to reservations, or exiled because of persecution or as prisoners of war. At times individuals have chronicled their moves and provided others the opportunity to read about their experiences. There are many reasons and ideals that motivate people to move: among them land, housing, vocation, religion, health, and family. But whatever the reason, moving will remain a part of this life.

Moving terminolgy:
Immigrate - to come into a new country to live.
Emigrate - to exit current homeland to settle permanently in another.
Migrate- to move from one place to another, temporarily or permanently.
Move - to change place, position, or state.
Remove - the act of leaving one's home for another. (Seen in genealogy narratives where family's moved from one location to another.)

Have you ever moved? What were your reasons? How did you travel?

Carla's novella "Proving Up" in Homestead Brides is available for order now.