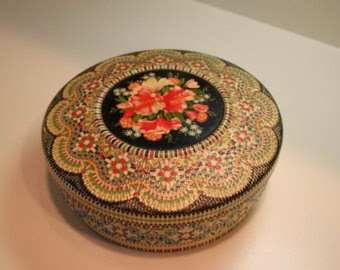 This is a magic box, or so I thought many years ago. It’s my mother’s button box. When I was a little girl, I spent hours looking through all the buttons, grabbing handfuls, letting them slip through my fingers, examining the detail of each one. There were huge flat red ones, tiny pearly ones, and shiny embossed gold ones. I was convinced they were worth lots of money because they were treasures. Why else would she hide the pretty box in a drawer?

Button boxes were common many years ago, because buttons were not. Before clothes were so easy to find in stores, they were all handmade. But they wore out eventually, so the buttons were cut off to save and reuse, while the clothes became rags. Nothing was wasted.
Archaeologists have found buttons dating back as far as 5000 years. Before they were used as fasteners, they were used as ornaments. Early buttons were made from seashell. Some were carved into shapes and had holes pierced in them so they could be attached to clothing. The earliest known functional buttons were found in tombs from the 9th century. Functional buttons with buttonholes for fastening clothes first appeared in Germany in the 13th century. 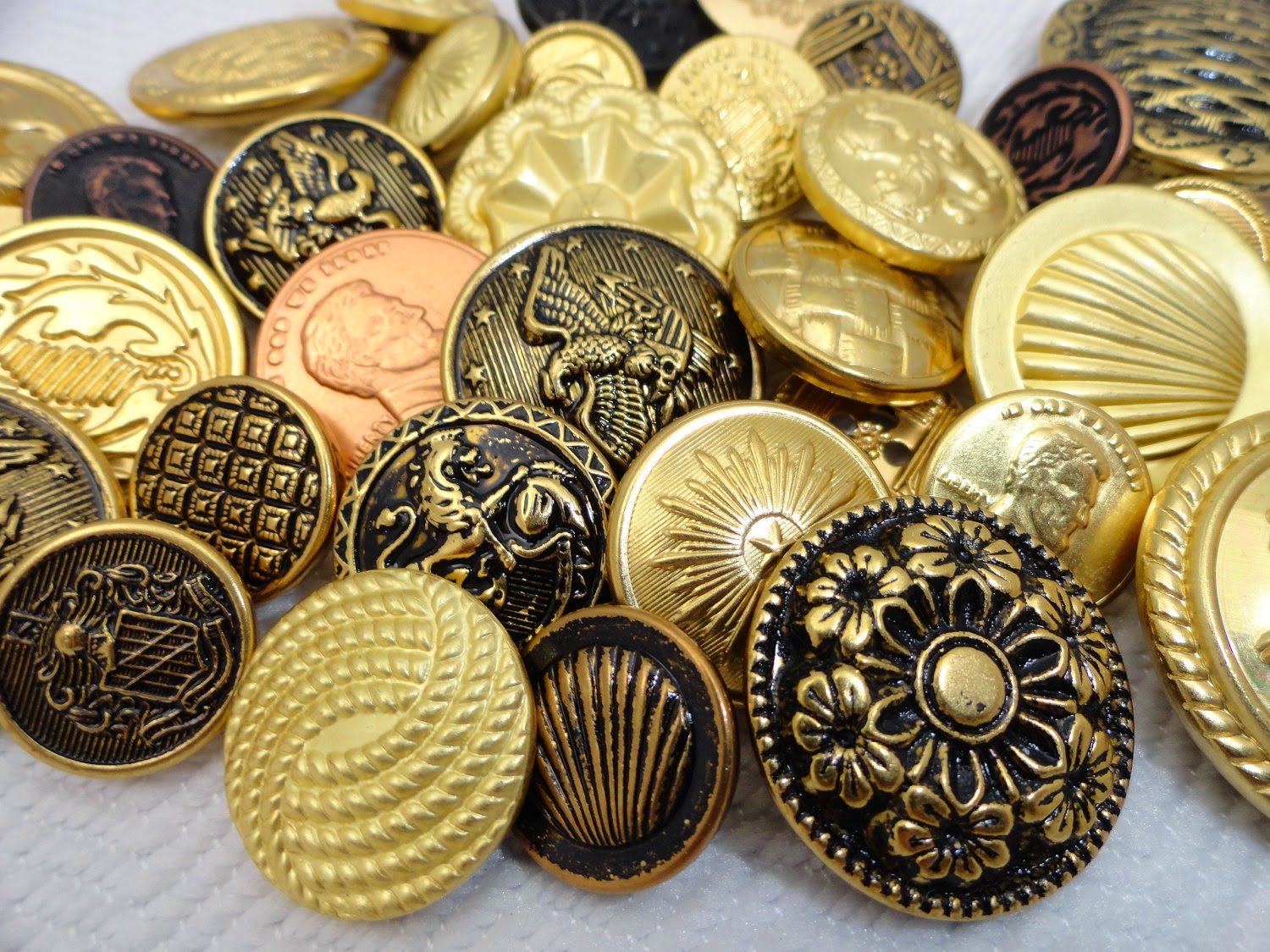 Buttons have been made from almost every possible material, both natural and manmade. They’ve been crafted by artisans and by factories. Today, most buttons are made from hard plastic, seashell, metals, and or wood.
In addition to their differing compositions, they also vary by their attachment, being either shank (protrusion on back), flat (sew-through) or stud (pressed into fabric). Buttons can be covered by fabric, Mandarin, worked or cloth.

Button collecting was recognized as an organized hobby through the founding of the National Button Society in 1938. During the Great Depression of the 1930’s, a radio show called “Hobby Lobby” aired which featured one hobby each week. In 1938, Gertrude Patterson brought her passion for button collecting to the show. As a result, listeners raided their attics and basements for old buttons to start their own, affordable collections. From Victorian black glass buttons to modern plastic buttons to rare 18th-century buttons worn by aristocracy, there are buttons for every taste and budget.

Many museums and art galleries have special button collections. Both the Victoria & Albert Museum and the Smithsonian have button displays showing a vast assortment of buttons, especially in their jewelry collection. Other notable button museums are The Waterbury Button Museum in Waterbury, Connecticut, and the Keep Homestead Museum in Monson, Massachusetts.

Did your mother or grandmother have a button box? Did you have a favorite button? I loved the big red flat ones that had the shank back. I'm sure they came off a 1940's coat.

Marilyn Turk lives in and writes about the coastal South, especially its history. Coming soon, Rebel Light is the first novel in her Coastal Lights Legacy series. Marilyn has been multi-published in books and magazines. She writes a weekly lighthouse blog @http://marilynturk.com.