Susan F. Craft
Author of The Chamomile and Laurel


In my 1783 novel, Laurel, the daughter of Lilyan and Nicholas Xanthakos is kidnapped by slavers who attack the Cherokee village that Laurel and her Aunt Golden Fawn are visiting. In search of her daughter, Lilyan comes upon the village to find a medicine man taking part in a ceremony to keep away the Raven Mocker from the dead and dying. 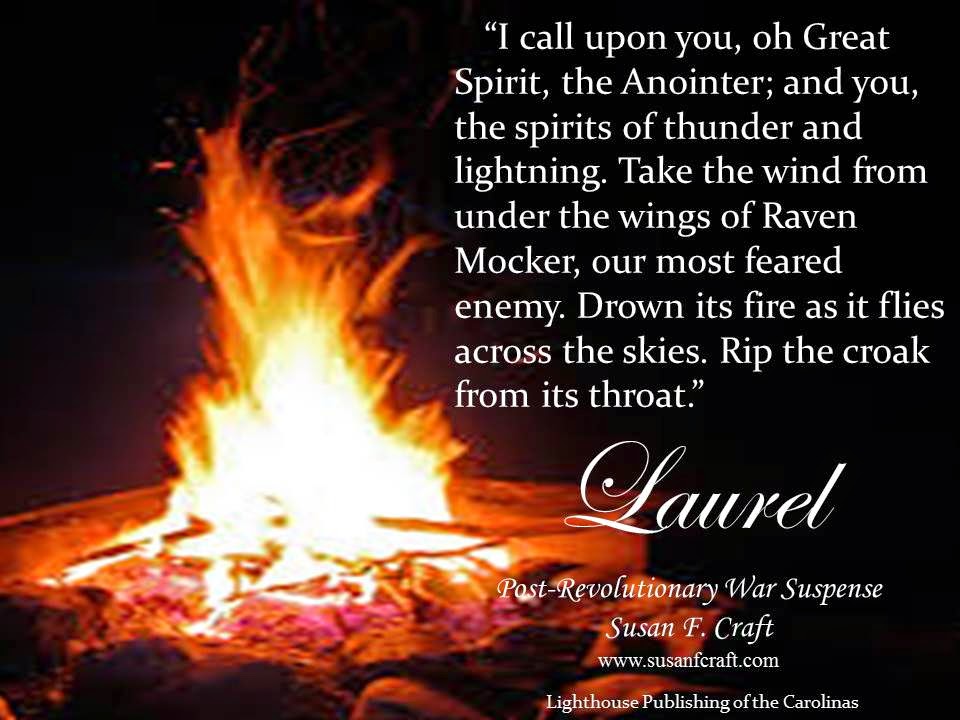 The Cherokee call evil spirits that torment the sick Sunnayi Edahi, "the Night Goer." The spirits come at night to a sick person’s house and stomp on the roof, beat the side of the house, knock the person out of bed, and drag him on the floor. They try to hasten death. They want the sick person to die faster and not use up any of his life span so that they can take his unused lifetime and add it to their own.
Of all the Cherokee evil spirits the most dreaded is the Raven Mocker (Kâ'lanû Ahkyeli'skï), the one that robs the dying man of life. They are of either sex and there is no sure way to know one, though they usually look withered and old, because they have added so many lives to their own. At night, when someone is sick or dying in the village, the Raven Mocker goes to the place to take the life. He flies through the air in fiery shape, with arms outstretched like wings, and sparks trailing behind, and a rushing sound like the noise of a strong wind. Sometimes as he flies he makes a cry like a raven and those who hear are afraid, because they know that some man's life will soon end.
When the Raven Mocker comes to the house he finds others of his kind waiting there, and unless there is a doctor on guard who knows how to drive them away they go inside, all invisible, and frighten and torment the sick man until they kill him. Sometimes to do this they even lift him from the bed and throw him on the floor, but his friends who are with him think he is only struggling for breath. After the evil spirits kill him, they take out his heart and eat it, and so add to their own lives as many days or years as they have taken from his. No one in the room can see them, and there is no scar where they take out the heart, but yet there is no heart left in the body.
Only one who has the right medicine can recognize a Raven Mocker, and if such a man stays in the room with the sick person these witches are afraid to come in, and retreat as soon as they see him, because when one of them is recognized in his right shape he must die within seven days. 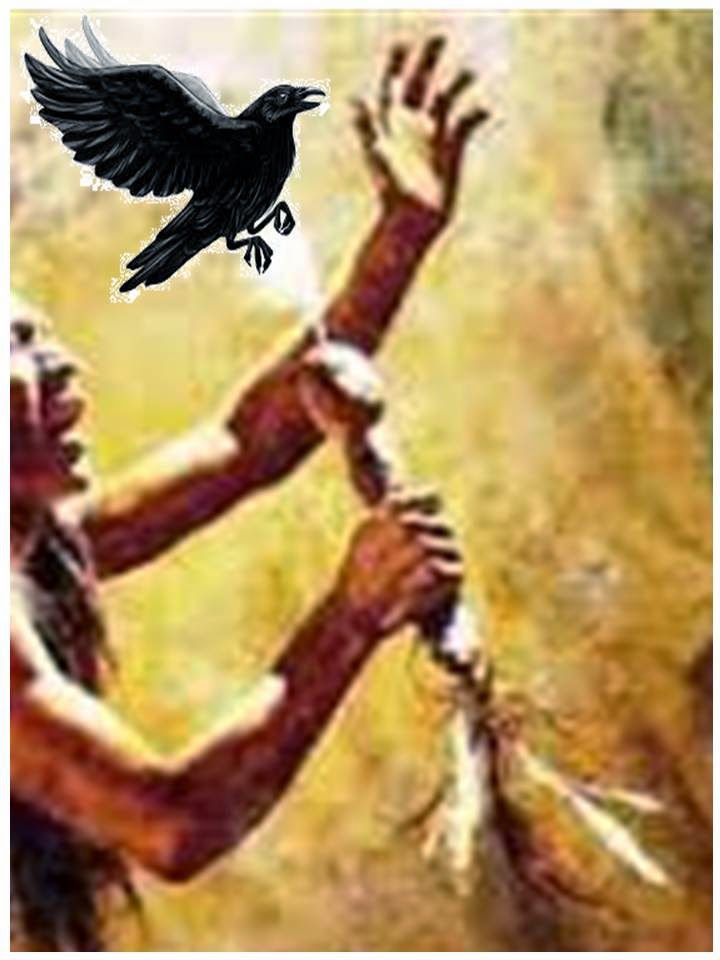 The family will summon a medicine man to keep watch and hold it away until the person recovers. It the person dies, the medicine man will keep watch until the person is buried. After burial the heart cannot be taken. The medicine man drives a sharpened stick into the ground at each corner of the house.
Then, about noontime he gets ready the Tsâl-agayû'nlï or "Old Tobacco," with which he fills his pipe. He then wraps the pipe in a black cloth. This sacred tobacco is smoked only for this purpose. He then goes out into the forest, and returns just before dark, about which time the sprit will arrive.
Lighting his pipe, he goes slowly around the house, puffing the smoke in the direction of every trail by which the sprit might approach. He then goes into the house to wait. When the spirit arrives, the sharpened stick on that side of the house shoots up into the air and comes down like an arrow upon his head. This causes the sprit to die within seven days.