Save me, save me.
Bang, bang, bang.
Curses, foiled again!

Your Victorian ancestor may have had one shocking vice up her leg o’mutton sleeve—or tucked in her apron. Like millions of others she probably read dime novels—lots and lots of dime novels.
The first dime novel Malaeska, the Indian Wife of the White Hunter was published in 1860 and quickly sold 65,000.  That book started a craze that would remain popular until 1915. Melodramatic? You bet, but that was part of the fun.  The stories were lurid—the purple prose outrageous—but readers couldn’t seem to get enough.

The root of the dime novel can be traced back to James Fenimore Cooper’s popular Leatherstocking Tales, which romanticized the wild frontier, and explains why most dimers were set in the west. Dime novels actually sold anywhere from a nickel to twenty-five cents--far cheaper than the dollar price of other books.  Called Penny Dreadfuls and Shilling Shockers in Europe, worldwide readership was estimated to be in the millions.


A Series Of Events Led To The Proliferation Of Dime Novels
Mandatory education resulted in more literacy and the invention of the steam printing press lowered the cost of printing. Railroads made distribution easier and books more accessible. Sales of dime novels surged during the Civil War. Confederates and Union soldiers were on opposing sides politically but both camps shared the same passion for pirates, mountain men, adventurers and detectives. 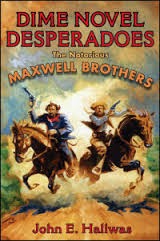 These formulaic stories ranged between thirty-five to fifty-five thousand words. The small four by six hundred page format could be conveniently carried in pocket or purse.  Most dime novels like the popular Deadwood Dick's Doom; or Calamity Jane's Last Adventure, had two titles, probably to persuade readers that the story was too big and exciting for only one.
Though the lurid cover art and violent stories were severely criticized by moralists as having a bad influence on youth—and corrupting the delicate brains of women—the stories actually reinforced the values of patriotism, courage and self-reliance.  This, however, didn’t stop critics from blaming them for everything from childish pranks to violent crimes and even the Women’s Rights movement.
Voracious Readers Made Cranky Writers
Popular writers were expected to produce a book every few days.  Some writers reportedly could turn out a thousand words an hour for twelve hour stretches. 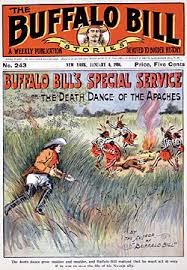 Eugene T. Sawyer, the so-called “King of Dime Novelists” and author of seventy-five Nick Carter novels,  claimed to have written three 50,000-word novels in a month, and to have finished a 60,000-word novel in just two days—while his wife plied him with coffee.  Considering his remarkable output, perhaps we can forgive  his ill-regard for readers whom he claimed were  “…people of narrow, dull, monotonous lives, who never get any thrills out of real life and must compensate in stories that give them a thrill per page.”
A New Kind of Hero
Books based on real people such as Buffalo Bill, Kit Carson and Jesse James were especially popular, though the stories were purely fiction. The good guys battled evil and no bad deed was left unpunished. Chaste damsels in distress needed rescuing and dashing heroes were only too happy to oblige. By today’s standards the books were racist, but they reflected the times.  They also helped to establish a new social order where males were judged by deeds rather than social status.  For this reason the western hero became the symbol of the ideal man.
The Dime Novel That Broke Kit Carson's Heart 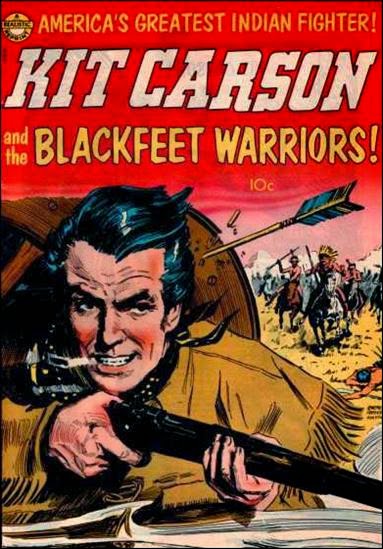 One dime novel featuring Kit Carson had an unexpected impact on him. He chased down a group of Apache Indians to rescue a kidnapped white woman only to discover her dead.  In her belongings was a copy of the book Kit Carson, the Happy Warrior.  He later told the story in his autobiography;
"We found a book in the camp, the first of the kind I had ever seen, in which I was represented as a great hero, slaying Indians by the hundred. I have often thought that Mrs. White must have read it, and knowing that I lived nearby, must have prayed for my appearance in order that she might be saved. I did come, but I lacked the power to persuade those that were in command over me to follow my plan for her rescue."
The Demise of the Dime Novel
By the late 1800s pulp magazines replaced dime novels in popularity and the world was getting ready to greet a new type of story-telling—the motion picture.


Pinkerton operative Maggie Michaels travels to Arizona Territory as an undercover mail-order bride to track down the notorious Whistle-Stop Bandit. If she doesn’t prove the suspect guilty before the wedding—she could end up as his wife! 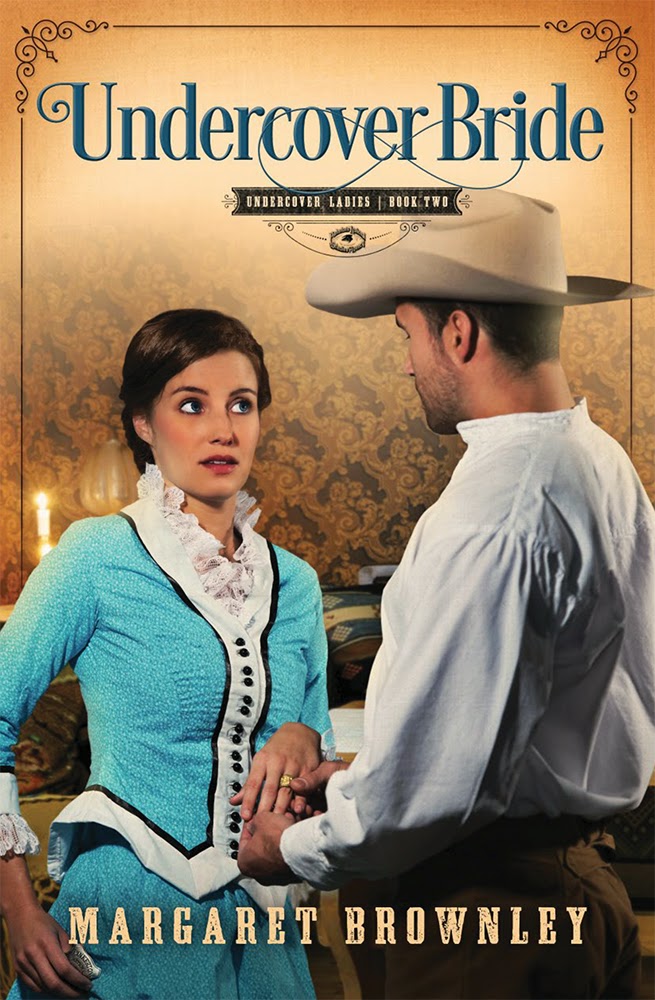