By the 1880s, the Gilded Age is in full swing, ringing in an era of rapid economic growth, especially in the North and West. Thanks to the mass production of railroads, creating traveling and shipping conveniences, most western states experienced an economic boon. Thanks to Thomas Edison and Alexander Graham Bell, the nation was beginning to see light and sound transmitted across the nation. The era of cowboys, outlaws, and Indians began to move in a different direction, toward civility and unfortunately, reservation.

Abundant rainfall in the 1880s and the promise of free land under the Homestead Act drew easterners to the plain. Farmers began to organize into groups called Granges and Farmers' Alliances to address the problems faced by farmers. Though new farming machines were invented in this decade, horses, oxen, and people still provided most of the power that operated the machinery. Severe winters in the late 1880s wrecked havoc for many ranchers. Like in the decades before and after, the hearty survived and continued to make America the greatest country in the world.

May 21, 1881 - The American Red Cross names Clara Barton president, a post she would hold until 1904 through nineteen relief missions.

July 2, 1881 - The 20th President of the United States, James A. Garfield, is shot by lawyer Charles J. Guiteau in the Baltimore and Potomac Railroad station in Washington, D.C.

July 4, 1881 - The Tuskegee Institute for black students training to be teachers opens under the tutelage of Booker T. Washington as instructor in Tuskegee, Alabama. 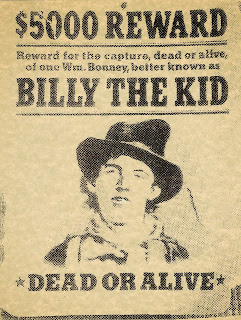 March 22, 1882 - The practice of polygamy is outlawed by legislation in the United States Congress.

June 17, 1885 - The Statue of Liberty arrives for the first time in New York harbor. 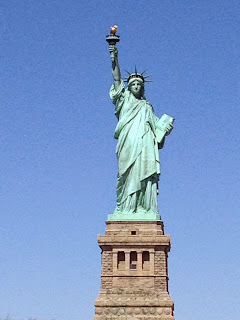 May 4, 1886 - The Haymarket riot and bombing occurs in Chicago, Illinois, three days after the start of a general strike in the United States that pushed for an eight hour workday. This act would be followed by additional labor battles for that worker right favored by unions. Later this year, on December 8, the American Federation of Labor (AFL) was formed by twenty-five craft unions.

June 2, 1886 - President Grover Cleveland marries Francis Folsom in the White House Blue Room, the sole marriage of a president within the District of Columbia mansion during the history of the United States.

September 4, 1886 - At Fort Bowie in southeastern Arizona, Geronimo and his band of Apaches surrender to Brigadier General Nelson A. Miles. This signaled the end of warfare between the United States Army and Indian tribes.

February 2, 1887 - The first Groundhog Day is observed in Punxsutawney, Pennsylvania, and the tradition of checking the shadow of a groundhog to predict the coming spring began. 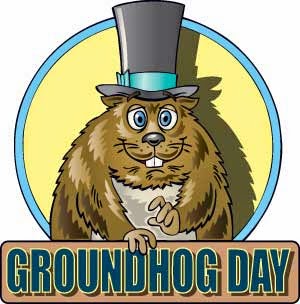 January 20, 1887 - Pearl Harbor naval base is leased by the United States Navy, upon approval of the U.S. Senate.

October 9, 1888 - The Washington Monument officially opens to the general public.

April 22, 1889 - The first of five land runs in the Oklahoma land rush takes place. More than 50,000 people waited at the starting line to race for one hundred and sixty acre parcels.

May 31, 1889 - The deadliest flood in American history occurs in Johnstown, Pennsylvania when 2,200 people perish from the water of the South Fork Dam after heavy rains cause its destruction.

June 3, 1889 - Running between the Willamette Falls and Portland, Oregon, a distance of fourteen miles, the first long distance electric power transmission line in the United States is completed.

July 8, 1889 - The first issue of the Wall Street Journal is published.

January 1, 1880 - The construction of the Panama Canal begins

May 24, 1883 - The Brooklyn Bridge is opened. It was constructed under a design by German-American Johann A. Roebling and required fourteen years to build.

November 18, 1883 - Five standard time zones are established by the United States and Canadian railroad companies to end the confusion over thousands of local time zones.

December 6, 1884 - The capstone of three thousand three hundred pounds is positioned atop the Washington Monument by the Corps of Engineers.

March 3, 1885 - American Telephone and Telegraph (ATT) is incorporated in New York City as a subsidiary of American Bell Telephone Company.

November 8, 1887 - Naturalized as a citizen in 1881, Emile Berliner is granted a patent for the gramophone.

June 16, 1888 - The prototype for the commercial phonograph is completed by Thomas A. Edison and staff at his laboratory near Glenmont, his estate in West Orange, New Jersey.

1881 - The Thomas B. Harms music publishing company is established solely to publish popular music, then referring to parlor music.

1882 - The Fisk University Jubilee Singers become the first black choir to perform at the White House, at the invitation of President Chester A. Arthur.

February 28, 1883 - Vaudeville, the entertainment and theatrical phenomena, begins when the first theatre is opened in Boston, Massachusetts.

1883 - Gretsch becomes the first drum manufacturer in the United States

1885 - Scott Joplin arrives in St. Louis, Missouri, and soon becomes a fixture at the Silver Dollar Saloon, beginning his career which is the beginning of ragtime.

1889 - Harriet Gibbs Marshall is the first African American woman to graduate with a degree in music from Oberlin College. She will go on to found the Washington Conservatory of Music.

1889 - Louis Glass installs a coin-operated phonograph in a saloon in San Francisco, the first predecessor of the jukebox. 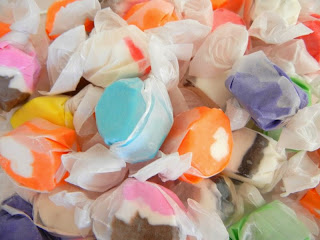