My husband and I moved to Cincinnati, Ohio after graduating from West Virginia University in 1980 with our Masters Degrees in Social Work.

We began our work life journey together at Emerson A. North Hospital, a private psychiatric hospital located in College Hill, Ohio. One of the first questions I ever asked is, "Where's the college?" The answer from a friend was, "You're standing in the middle of it, but it didn't look like this when it was functioning as a school."


The hospital was named after a prominent psychiatrist in Cincinnati. I located a brief paragraph in the UC Department of Psychology History from 1960.

When I began my work on the Adult Units at Emerson it was May 1980. The main part of the hospital looked very much like this although this picture is from an earlier time.

The Cincinnati Sanitarium was established in 1873. "It was the first private psychiatric facility in the U. S. for the treatment of nervous and mental disorders plus alcohol and opium addictions and occupied 40 acres with  four two-story cottages, an amusement hall with a billiard hall in the basement, a flower conservatory, several physical plant buildings, an ice house and even a station for the Cincinnati Northwestern railroad. One of the buildings, the administration building, occupied the site of The Ohio Female College which was founded in 1852."


So many psychiatric hospitals closed in the 1980's when deinstitutionalization put our mentally ill on the street.

Just out of curiosity. What's the name of the
closest psychiatric hospital near you? Do you know it's history?

Jillian Kent writes novels set during England's Regency era. A student of both historical and contemporary mental health issues she is also a full time counselor for nursing students. To find out more please visit www.jilliankent.com 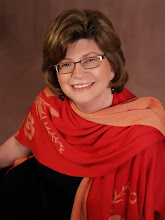