The History of Memorial Day.

Thank you to all the United State’s service men and women. I’m so grateful to you and your families for your sacrifice and service to our country.

I grew up in Michigan where Memorial Day is the unofficial start of summer. We plant our vegetable gardens. We take our boats and motorcycles out of storage. We hang up our winter coats and pull out our shorts and tees. Almost everyone in the Midwest looks forward to this weekend!

When I was younger . . . much younger, each Memorial weekend my grandmothers would clean and decorate my relative’s grave-sites. As a child, I remember being a little off put by pulling weeds and planting flowers at the cemetery. It wasn’t until I got older that I realized that this was a show of respect and love to those who are no longer with us.

It’s taken over a hundred years for Memorial Day or Decoration Day to become the holiday it is. The day’s history is somewhat confusing and a bit muddled, but nonetheless, an important day to remember America’s fallen soldiers. 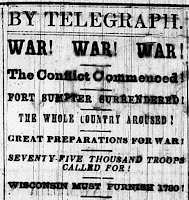 In 1868 General John A. Logan, head of an organization of Union veterans, the Grand Army of the Republic, ordered a proclamation that a day be set aside (May 30th) to honor those who died “in defense of their country during the late rebellion”. In other words . . . the Civil War.

After this declaration, the first, official, national large assembly in honor of Decoration Day was held at Arlington National Cemetery. Five thousand people gathered to listen to speeches from various Washington officials including General U.S. Grant and his wife. When the ceremony concluded, members of the Grand Army of the Republic and children from the Soldiers and Sailors’ Orphan Home laid flowers on the graves of both Union and Confederate soldiers. 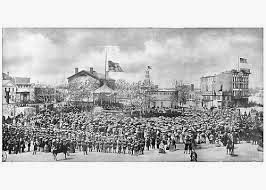 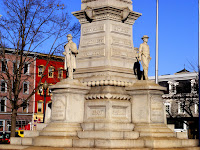 Though the celebration at Arlington National Cemetery was the first nationally recognized celebration, more than one city has laid claims to being the first to celebrate Memorial Day. Macon and Columbus, Georgia, as well as Richmond, Virginia,  proclaim to be the birthplace of Memorial Day celebrations. The village of Boalsburg, Pa., says two years earlier than Richmond they began a day of remembrance. In addition, there’s a stone plaque in Carbondale, Illinois, which states that the first Decoration Day ceremony took place there on April 29, 1866. Approximately twenty-five cities have laid claim to the origin of Memorial Day, many of them in the South where most of the war dead were buried. 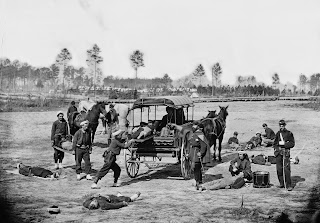 Finally, in 1966 President Lyndon Johnson declared Waterloo, New York the official birthplace of Memorial Day. This decision based on a ceremony held to honor local Civil War veterans on May 6, 1866. President Johnson claims this particular Memorial Day gathering is the first official, countywide observation of fallen soldiers. Humm, what do you think?

It wasn’t until after World War I that Congress declared that all American war veterans would be honored on Memorial Day. Before this, the day officially celebrated only civil war soldiers who had died in battle.

Memorial Day was declared a national holiday by an act of Congress in 1971. Also, at this time, the day we celebrate Memorial Day was changed to the last Monday in May to give workers a three-day weekend. 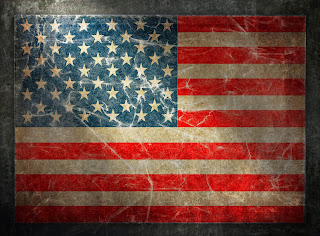 So, what did you do this Memorial Day? Did you spend time with your family? Feast on BBQ, corn on the cob and watermelon? Or did you just relax and enjoy the extra day off from work and school? Whatever it is, please take a moment to reflect on the sacrifices our Armed Forces make to give us the freedoms we enjoy.