John Adams wrote in detail about his ordeal with smallpox. In preparation for the inoculation, the nine men with whom Adams shared a room were given medicines to make them vomit. At first, in his letters to Abigail, John made light of the experience saying, “We took turns to be sick and to laugh. When my Companion was sick I laughed at him, and when I was sick he laughed at me. Once however and once only we were both sick together, and then all Laughter and good Humour deserted the Room.”
Here’s Adams’ description of the inoculation:
“In the Winter of 1764, the Small Pox prevailing in Boston, I went with my Brother into Town and was inocculated under the Direction of Dr. Nathaniel Perkins and Dr. Joseph Warren. This Distemper was very terrible even by Inocculation at that time. My Physicians dreaded it, and prepared me, by a milk Diet and a Course of Mercurial Preparations, till they reduced me very low before they performed the operation. They continued to feed me with Milk and Mercury through the whole Course of it, and salivated me to such a degree, that every tooth in my head became so loose that I believe I could have pulled them all with my Thumb and finger. By such means they conquered the Small Pox, which I had very lightly, but they rendered me incapable … of speaking or eating in my old Age, in short they brought me into the same Situation with my Friend Washington, who attributed his misfortune to cracking of Walnuts in his Youth. 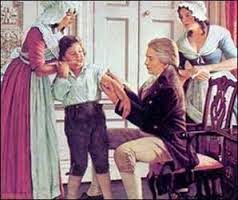 “Dr. Perkins demanded my left arm, and Dr. Warren my brother's. They took their Launcetts and with their Points divided the skin about a Quarter of an inch and just suffering the blood to appear, buried a thread (infected) about a Quarter of an inch long in the Channell. A little lint was then laid over the scratch and a Piece of Ragg pressed on, and then a Bandage bound over all, and I was bid go where and do what I pleased. The doctors left us red and black to take Night and Morning, and ordered my Brother, larger Doses than me, on Account of the Differences in our Constitutions.”
In 1775, Abigail had herself and her children inoculated. After three weeks, their son Charles Francis became ill and was unconscious and delirious for two days.
To fight the epidemic that spread throughout the colonies and as far away as Mexico, General George Washington, at first, tried quarantining his men who were sick. He also ordered his men to be inoculated.  It was said that the British deliberately tried to spread smallpox among the Americans by sending the infected to the colonies.

There were so many cases of small pox in Boston that General Washington postponed his siege of the city. He said, "If we escape the small pox in this camp and the country around about, it will be miraculous." 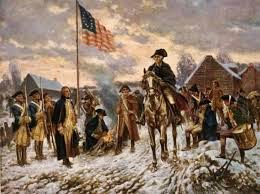 When General Howe evacuated Boston, Washington sent in his men who had already had the disease.
Following is an excerpt from my post-Revolutionary War novel, Laurel. My characters are discussing small pox.
“Do not fear, my love,” Nicholas answered, gently prying her loose from his arm. “Silas grew up on a farm and had the cowpox, so he’s safe. As for myself, I’ve been inoculated.”
“Inoculated?” she asked.
“Because we lived in Greece, we were exposed to many cultures, many diseases. When I was about eight, as I recall, someone explained the treatment to my father, and he insisted that our family be protected.”
“But how?” Lilyan was stunned.
“The physician made a cross-cut in our skin. Then he smeared in scrapings from the sores of someone who had smallpox.” He rolled up his sleeve, exposing two shiny streaks on his forearm. “See? This is the place.”
Lilyan ran her finger across the familiar scars and then rubbed her hands up and down her arms to soothe the goose bumps that danced on her skin. “Ugh! Sounds ghastly. So, you got smallpox?”
“Yes. But not a bad case. Some got it worse than others. None of our family died, thank God.” 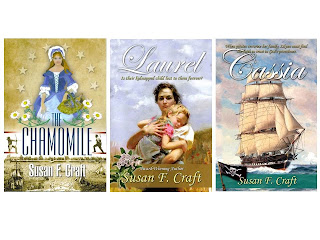 Susan F. Craft is the author of a trilogy of historical suspense novels: The Chamomile (published in 2011), Laurel (published in January 2015), and Cassia, to be released in September 2015.
Posted by Susan Craft at 12:00 AM