Got money?
As an historical novelist, it is sometimes problematic to endow our characters with money. We need to know the relative value of coin in the day to decide how much or how little is appropriate.

I have a collection of research books that I enjoy paging through on occasion. One such is Daily Life in Victorian England, by Sally Mitchell.  I hadn't realized until perusing its pages that Britain's old system of currency was only modernized in 1971. This is when they switched to a decimal system similar--but still quite different--from the one used by the United States.    According to Daily Life , "the old system was based on traditional non-decimal English measures such as dozens  and scores." During the Regency and Victorian eras, British money "was based on the penny, the shilling, and the pound."

Here's what the book goes on to say about this money. It's fun to see how much--or how little!--things have changed. I've added illustrations of the coins as I was able to, as they are not pictured in the book.  (As an historical novelist, it's always nice to actually see the currency that was in use during the world of your book's setting. )

The penny, right, was a large copper coin; its written symbol was d. (The plural of penny is "pence.")

The shilling was a silver coin worth 12 pence; its written symbol was s.

The pound coin, made of gold, was referred to as sovereign. In addition, there were coins for the following amounts:

Farthing (one-fourth of a penny)(see left)


Half crown (2 shillings and sixpence)

Half sovereign (10 shillings, or one-half of a pound)

The guinea coin, worth 21 shillings, was not minted after 1813. The word remained in use, however, especially for luxury goods."

Interestingly, there were only coins; no paper money at all except for "bank notes," a thing which all Regency writers inevitably become familiar with. The bank notes were issued by individual banks and had no backing such as the FDIC. If a bank went under, the notes became worthless. It was prudent to insist upon using gold coins only for large amounts of money!

It can be tricky figuring out how much the hero of your historical novel should be worth, so it is handy that Austen gave us such references. In Before the Season Ends, the size of the formidable Mr. Mornay's estate (unless I forget!) is never actually given. Instead, his persona, including social standing, dress, influence and those he rubs shoulders with (such as Prinny, the Prince Regent), speak for him.

It is undeniably fun to portray a rich male protagonist, yet, ideally, we don't want the heroine to fall for the hero only on account of his fortune. Like Lizzie Bennet, our heroines must be earnest and honest and feisty. In the words of Ariana Forsythe, the regency debutante in Before the Season Ends, "The size of a man's fortune," she tells her socially scheming aunt, "is not my first concern."
Her aunt replies with the practical rejoinder "Then let it be your second concern!"

What do you think? When you read a novel, particularly a romance, do you prefer a hero who is rich? Just getting by? Down on his luck?  Share your thoughts! The bloggers here are all writers and we want to know!

PS: On a side note, I read a wonderful little book called,Oh, Money! Money!

by Eleanor Hodgeman Porter(1868-1920) which gives a heart-warming treatment to a common money-centered theme: Can the hero find love for himself alone, and not for his fortune (or lack of one)? Click the link to get it free on Kindle from Amazon. (The same Eleanor  Porter wrote Pollyanna.) Enjoy! 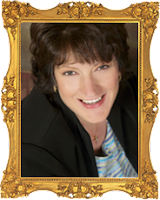 Linore Rose Burkard  is best known for her Inspirational Regency Romance Series, which whisks readers back in time to early 19th century England. Authenticity and heart-warming adventure are par for the course in her books. Fans of romance in the tradition of Austen and Heyer (such as Pride & Prejudice, Cotillion, and even My Fair Lady), enjoy meeting Linore's feisty heroines and dashing heros.