The American Civil War might be the most popular, written-about period in U.S. history aside from World War II. Yet we usually hear little about the Civil War era in California…except at an out-of-the-way site in the rolling hills 75 miles northwest of Los Angeles, Fort Tejon.

My family discovered Fort Tejon when I was a young girl and we attended a Civil War reenactment there on our way back from a summer camping trip. But now that I’m working on a historical novel largely set at the fort, I’ve made several trips for research and hands-on learning over the past year. It’s been fascinating to discover what life was like at this westernmost Union outpost in 1863-64.

Fort Tejon had its heyday in the 1850s, when it was established as a frontier Federal army post to help keep the peace between white settlers and Native Americans. During this period of drills and dragoons, Fort Tejon also served as a temporary landing for the Great Camel Experiment of the U.S. Army.

When the Civil War broke out, the Fort was abandoned since the government deemed the need for soldiers greater back East. However, in 1863 a Union outpost was desired near Los Angeles again, partly because of a strong base of Confederate sympathizers in Bakersfield, and the fort was regarrisoned from summer 1863 to September 1864, this time by the California Volunteers.

A lot happened that year, but little of it directly related to the Civil War raging back east. For example, a group of about 1,000 Paiute Native Americans, many of them women and children, were marched south from the Owens Valley to be held near the fort for much of the year. The government would not give them food, so many sickened, died, or left until finally Captain Schmidt, who took charge of the fort in January 1864, managed to get the Paiutes declared prisoners of war in order to be able to supply them with rations. Their story mirrors many other tragic sagas of Native tribes of this land who were unjustly taken from their homes, or had their homes taken from them.

Despite at least two murders that also happened around the fort that year, daily life for soldiers at Fort Tejon often proved dull. When they weren’t drilling, they were often put to work fixing up the fort, which had fallen into disrepair since the 1850s, and complained of being used as common laborers. One soldier wrote to the local paper protesting Captain Schmidt’s harsh policies, while another lamented the lack of a local brothel.

Today Fort Tejon runs a robust living history program, with monthly reenactments where costumed interpreters help bring the fort’s history back to life. As I’ve visited these this past year, and the interpretive staff and volunteers have welcomed me and shared their knowledge so graciously. They even let me dress up and join in once as a fort laundress!

I hope you enjoy these pictorial peeks into what it was like during the Civil War in California, and that if you’re ever near Los Angeles or Bakersfield, you’ll stop in and explore Fort Tejon. 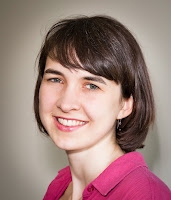 Kiersti Plog holds a life-long love for history and storytelling. She has been published in Grit, Clubhouse Magazine, Clubhouse Jr., and two newspapers and has completed two novels set near the Navajo reservation. Her manuscript Beneath a Turquoise Sky has been a contest finalist and winner and won First Place – Historical in the ACFW 2013 Genesis Contest. A member of ACFW, Kiersti loves learning and growing with other writers penning God’s story into theirs. You can find her blogging at www.kierstiplog.com